From the muck emerged hypocrites who hate Porsche’s fried eggs and gadgets. 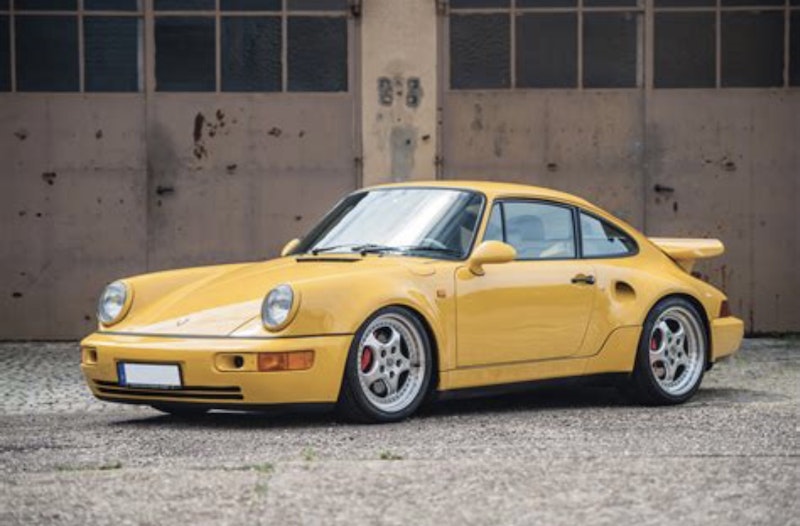 At the intersection of power and pride lies the mark and number of the beast, or the make and model number of a beast bearing seven letters and three numbers, extending across a crest of gold, above antlers and stripes, honoring a symbol of strength. Because the badge features a rearing black horse on a yellow shield, because the badge graces the bonnet while a light bar spans the rear, the alphanumeric code is clear: PORSCHE 911.

The beast is true to the spirit of scripture, spiriting itself from the workshop to the woods, for the beast is a predator—a wolf—whose front bumper is a smile with bellows. The beast bellows from behind as it looks ahead, revealing a star chart of scattered particles without lines or text.

The particles form constellations in a horoscope of the absurd, connecting a castle from the Middle Ages to the remnants of a new Dark Age, connecting the Wolfsburg to the Wolf’s Lair, connecting the myths of the brothers Grimm to the grim reality of evil itself.

The connections also link cranks to gearheads, arming them with icons of devotion, so the cranks may preach damnation over the airwaves while the gearheads work to dam the waterways, for the cranks brandish Bibles while the gearheads wave bibles of their own, the former reading from the Book of Revelation as the latter denounce a second reformation as a betrayal of sound and fury; as the latter charge Porsche with deicide, due to the elimination of air-cooled engines.

Unless the charge comes from a pair of carburetors or a set of fuel injectors, in an engine whose age (24) rivals its highway mileage (25), the gearheads would just as soon meet the cranks in the cold, outside a ghost town in Texas, on Christmas Eve, in memory of the death of the egg man: William Branham, Pentecostal pastor and lay minister of transport.

There, among the High Plains and sands of the prairie, the anthem of the American West is silent and the song of the open road is tragic. There, on Route 60, volk and yolk are one; for here, on the night of December 18, 1965, a drunk driver crashed into Branham’s car.

On that night, the man who had prophesied the signs of the end time, whose fourth of seven visions involved egg-shaped cars, met the front end of a Chevy. (Branham’s eighth vision, swerve, died in the wreckage.)

From this mire of blood and oil, in this wetland of flesh and fuel, a force—a life force—emerged. From the smell, that gasoline smell, emerged tastemakers without taste and critics with no sense whatsoever. From the muck emerged hypocrites who hate Porsche’s fried eggs and gadgets.

Take the self-proclaimed car nerd at Car and Driver, who doesn’t live or work within driving distance of a library or coffee shop with free WiFi so as to prevent himself from reviewing while dumb.

Take his description of the automatic gear selector on the 992 generation of the Porsche 911, which he says others liken to everything from an electric razor to genitalia.

To this gearhead, a suggestion: read the competition. Read the Road & Track interview that ran two years before your accident report, where the head designer at Porsche confirms the obvious, that the selector is an homage to the “less but better” aesthetic of Dieter Rams and Braun.

To the cranks and gearheads and egg men, especially the egg men who scramble the facts and quote Lenin, let Lennon have the last word: