I Can’t Strand It

NYC has a lot of indie bookstores that need money more than the Strand. And a nod to the great Jerry Jeff Walker. 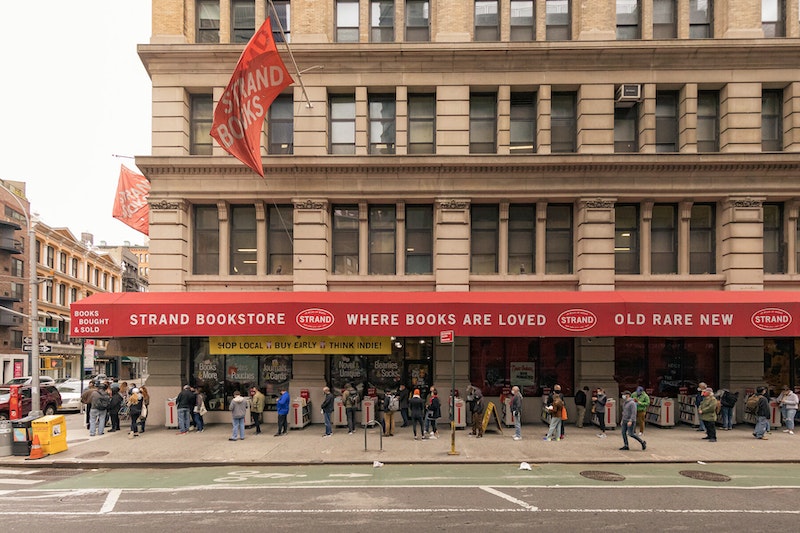 I hope New York City’s famous bookstore The Strand survives—as a former New Yorker and now visitor I’ve been a patron for decades and rarely left the chaotic franchise at Broadway and E. 12th without making a purchase—but owner Nancy Bass-Wyden’s (she’s married to Democratic Sen. Ron Wyden) public plea on Twitter for donations struck me as kind of crass. (“Crass” may appear harsh given the collapse of New York’s retail, restaurant and entertainment establishments, but not all proprietors are in the same bind.) Taking to Twitter last week, Bass-Wyden appealed for the public’s support, noting that revenue is down 70 percent and “we are now at a turning point where our business is unsustainable.”

Instantaneously, since that’s how Twitter works, hundreds (that I noticed on my small timeline) of people, some in New York, and others across the country, let out a collective stream of “OMG,” “Fuck 2020” and “I just ordered $100 of books” and didn’t bother to delve a bit deeper into the bookstore’s bind. Bass-Wyden is a millionaire—nothing wrong with that—whose financial portfolio includes Google, Apple, Facebook and Amazon, and was also a recipient of PPP funds earlier in the year. Not all bookstores are created equal.

Now that so many once profitable and famous book purveyors have closed—Coliseum Books, Scribner’s, Brentano’s, and even multiple locations of the original villain, Barnes & Noble—the Strand is the last such store with a reputation that exceeds its immediate neighborhood, not unlike City Lights Bookstore in San Francisco (not as large as the Strand, and far less an example of Darwinism in its own appeal for public support).

Bass-Wyden, explaining her Amazon investment, which was disclosed because of her marriage to Oregon’s Sen. Wyden, said, according to The Guardian, of her six-figure Amazon stock holdings: “It was necessary for me to diversify my personal portfolio and invest in stocks that are performing. I have to make sure I have the resources to keep the Strand going. I continue to stand against the unfair giveaways from local governments to giant corporations like Amazon but the economic opportunity presented by the unfortunate downturn in the market will allow me to keep the Strand in business.” (Side note: how dumb does NYC’s reneging on deal with Jeff Bezos to place an Amazon plant in Long Island City look now?) In this current recession, most people who purchase books have only so many dollars to dole out, and for New York City residents it would seem more important to buy at the stores that aren’t huge and don’t have owners who have the means to “diversify personal portfolios.”

As someone who buys a lot of books, I’m not at all shy about saying the vast majority of my business goes to Amazon, and did before the pandemic. I admire Bezos’ tenacity and aggressive expansion, but I’m not tethered to the Amazon brand: it’s convenient and usually cheap, but if a competitor came along with similar inventory, I wouldn’t hesitate in changing my spending habits. (I’ve tried Portland’s Powell’s online store a few times, but the delivery was so slow, I gave up.) Even though I spent hours as a teenager on 8th St. going from one bookstore to another, as well as record stores, head shops and a great Orange Julius, and have nostalgia for the days when books weren’t on the verge of becoming a dirty word, now in Baltimore my options are limited.

For example, I like Hampden’s Atomic Books a lot: its staff (unlike the Strand’s until about five years ago when the industry really started to collapse) is helpful and friendly, and its eclectic rack of magazines and zines is an attraction, but the book section is limited and skews to the political left. That’s fine by me, but it’s not easy to find, say, a long-forgotten Richard Yates novel, or even those from well-known contemporary writers like Richard Russo, Donal Ryan or Anne Enright. When the Barnes & Noble outlets were open here, I’d occasionally buy there, but usually not; you can’t beat Amazon’s prices. And there’s no shame in saving a couple of bucks.

I don’t have much patience for people who, while mourning the loss of an entertainer, tie it to this very bad year of 2020. With the exception of someone like John Prine—who was sick and succumbed to COVID—celebrities, pop stars, authors and revered intellectuals die every year, usually at an older age. (Suicides, while shocking, aren’t unique to 2020.) Such was the case with Jerry Jeff Walker, who passed away on Oct. 23 at the age of 78. I took notice—although wasn’t “stunned”—because long ago Walker was a favorite.

I was a bit late to his music—aside from the deservedly ubiquitous “Mr. Bojangles,” one of the few well-known songs he wrote—but received a thorough and welcome indoctrination in September, 1973, upon first meeting my freshman college roommate, who hailed from Texas and was immersed in Austin’s Armadillo World Headquarters cultural phenomenon. (We visited Austin in the spring of ’74, but to my great disappointment, the venue was closed on our two days there.) I wore out his copy of 1972’s Jerry Jeff Walker, which included my favorite song of his, “L.A. Freeway” (written by Guy Clark) and “Hill Country Rain.”

In the fall of ’73, we were in New York City—my roommate’s first trip there—and we saw Walker at the now-gone Kenny’s Castaways on Bleecker St. It was a great show—that Walker, soused, fell off his stool at one point didn’t matter—and included the songs I mentioned above, as well as “Desperados Waiting For a Train,” “Sangria Wine” and “Up Against the Wall Redneck Mother.” Walker was a notorious drunk, but cleaned up in the late-1970s, had a stable family life (married for 46 years) and remained a fixture in Austin. As the years moved along, I lost track of Walker’s output (just as I did with Prine), but never forgot that period when he was one of my staples.