Stop using recipes like a crutch and become a better cook. 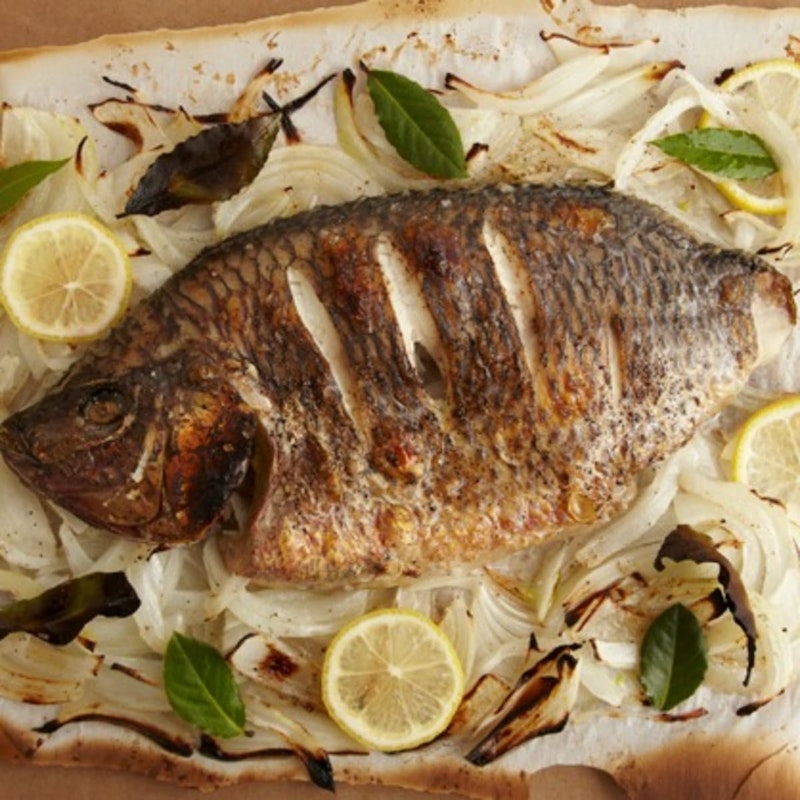 Ambitious home cooks are always looking for ways to improve, but they often struggle with how to go about it. Collecting dozens, or even hundreds of recipes from celebrity chefs is one way that some approach the effort, because they entertain the illusion that they can replicate the dining experience of a renowned restaurant in their own homes. Having once worked for a celebrity chef, I can assure these strivers that culinary superstars don't divulge their best recipes in full detail; and you need those details to capture their magic. For example, they won't tell you how to make the mint and cilantro sauce for the lamb chops that uses macadamia nuts and 18 other ingredients. And that sauce is what makes the dish, in addition to the lamb from a special farm in Australia that you don't have access to. But ask yourself if you really want to be scrambling for that many ingredients for your sauce. It's better to find your own cuisine and refine it over time.

Last night, I made roasted brussels sprouts and followed the recipe suggestion of using a 400° degree oven. First, there's no reason that someone who can cook well should be following a recipe for such a simple dish. Anyway, I burned the vegetables because I should’ve roasted them at my usual 350° temperature at which they can caramelize slowly. The lesson here: learn how to roast vegetables (an important skill) and you'll never have to consult another recipe again.

Let's say you want to improve your ability to navigate—do you rely entirely on your navigation system? No, you want to sometimes shut that down and force yourself to develop intuition because it might go on the fritz and then what are you going to do?

I learned a good lesson when I bought Charlie Trotter's glossy cookbook, which I soon learned was more of a coffee table book because the recipes were so complex and required so many esoteric ingredients you don't end up making them. I've had the book for at least a decade and have never attempted one of them. But they look magnificent on that glossy, expensive paper, and Trotter writes about playing jazz when he cooks them so it all sounds so enticing! Trotter's recipes are for his benefit, not yours. Other chefs have put out similarly complex recipes that they know home cooks can’t duplicate—it's often about stroking their own egos. In retrospect, it appears that the late Charlie Trotter was all ego and no heart. Had I been more perceptive at the time, I may have been able to discern this from his self-serving, seductive book.

You need to think more like a chef, which means focusing on techniques that can be replicated with many variations, meaning they give you the ability to expand your range. If you learn how to braise beef short ribs, you'll find that it's then easy to prepare them with the flavors of various cuisines—French, Chinese, Vietnamese, Mexican, etc.

Pascal Barbeau, chef at Michelin-three-star L'Astrance in Paris, has a recipe for roasted turbot that many may find obnoxious, but it still speaks to an important truth that's easily overlooked: "Cook it everyday for six months." That's the entire recipe. The point that he's making is that fish cookery is a delicate art, and you won't master it until you do it many, many times. What the home cook should take from it is, rather than adhering to recipes, try to learn something every time you cook a dish so you can improve incrementally over time.

My point is to focus your efforts in the kitchen, rather than spreading them out over random recipes. Take the next year to do this and use only three books. The first is Tom Colicchio's Think Like A Chef. This is a unique cookbook because it focuses on techniques such as braising, sauteing, and making stocks and sauces. Colicchio applies these techniques to simple, delicious ingredients—roasted tomatoes, braised artichokes, etc.—and suggests dishes of varying levels of complexity using them.

The next book is The Flavor Bible, by Andrew Dornenburg and Karen A. Page. This provides a comprehensive guide to pairing flavors and textures that will be invaluable as you work to improve improvising skills and wean yourself off of recipes.

The authors offer over 70 suggestions of flavors that go well with chickpeas. Their intention is not to dictate, but rather to inspire.

The final book suggestion is not out yet, but look for celebrated chef David Chang's cookbook that will emphasize developing intuition over using recipes. Keep yourself occupied in the meantime with Colicchio's book, which emphasizes European techniques and ingredients, and then start working with Chang's book in order to incorporate Asian techniques and flavors into your home cooking.

My final suggestion is watching Food Network's cooking show, Chopped. Contestants on the program are forced, under time limits, to improvise dishes using a surprise basket of ingredients. This will open your mind to new ways of thinking in the kitchen, and force you to make the best of the ingredients you have on hand, which is a valuable skill.

Don't worry about cooking "authentic" dishes; focus on making them delicious. And above all, cook with love. If you do that, and you have just a little technique, it's hard to go wrong.