When Easter photo time rolls back around, try originality, for once. 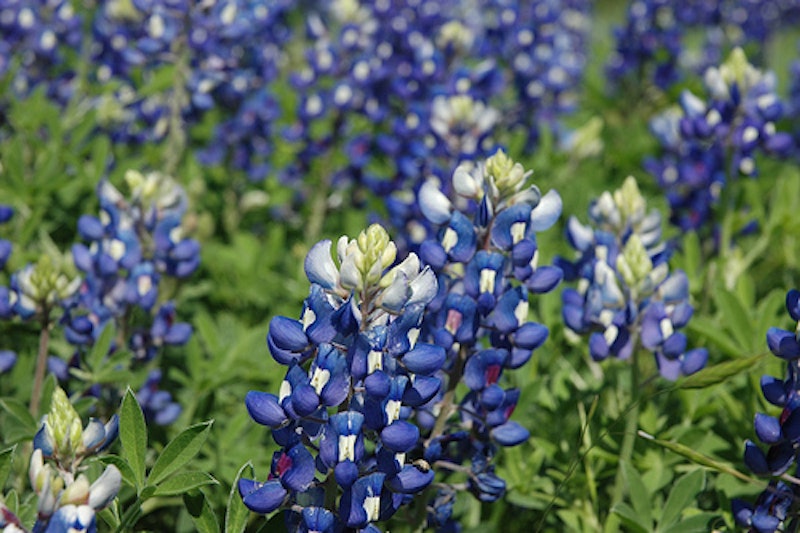 A warren of athletic fields, parks, and recreational areas is situated a mile or two from where I currently live, clustered around the Round Rock Express Stadium. It is not uncommon to see people from all walks of life there, from dusk to dawn, fishing, rollerblading, picnicking, playing, attending a community holiday event or somebody else's Quinceanera.

At this time of year—from, say, late-March into mid-April—locals congregate there for a different reason. You see, an ugly, native flower known as the Texas Blue Bonnet runs wild in these environs, and is allowed to flourish along the road that cuts through these fields like an artery.

The Texas Blue Bonnet grows tall, in dense thickets, so that if you're driving on the road and slow down enough, you get a sense of endless Texas Blue Bonnets sprawling on for all eternity. Usually, there are loads of cars pulled over on the side of the road, because the vogue in Round Rock is for people to photograph their children, in their Sunday best, emerging from the Texas Blue Bonnet jungle with bewildered, beatific smiles glued on, as if aliens on a cross-galaxy jaunt had deposited them somewhere out there, in the wild blue yonder.

There are countless reasons why this is a stupid idea: bees, snakes, marauding allergens. The worse of all: it's gauche, it's lazy, it's a trend, it's boring. Don't get me wrong; I love nature, too. I adore autumn leaves, and bursting roses, and undulating lakes, and even bugs squirming beneath rocks. And I get the intent behind these relentless annual pilgrimages: it's a cheap way to capture the spirit of the season and show friends and family how the kids have grown, via email or maybe Facebook, and it's so easy, because you haven't had to bother with a photo studio or a post office, the future is now, and so on.

I mean, I hate photo studios, too. The chains (J.C. Penney's, for example) are chaotic, the staff overworked, everyone's uptight; the private shutterbugs, meanwhile, are prohibitively expensive; we don't even need to get into how and why post offices suck. Nothing feels good. Honestly, I don't understand why Easter photos are even a meme for anyone, but if they are, it doesn't make sense to approach them in the exact same way that every other parent does. When a gang of you is comparing Easter pictures of the children and can't detect substantive aesthetic differences, something is wrong.