The friend of mine whose wedding I went to in Maine in 2019 had his wife give him haircuts during the shutdown using scissors. 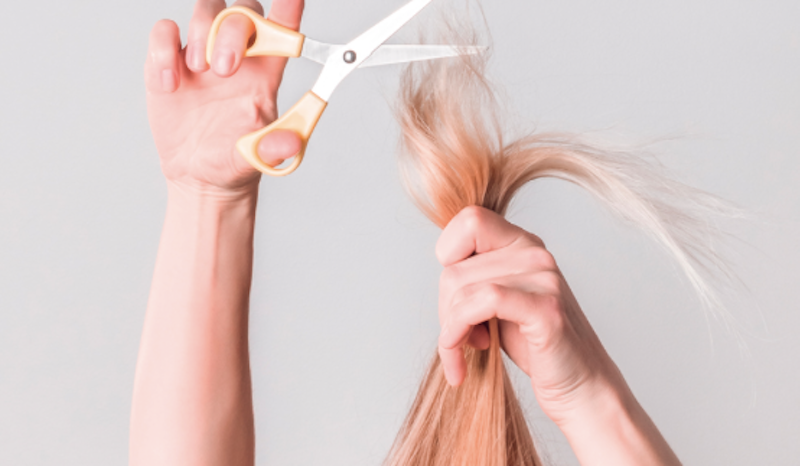 I rarely get my hair cut.

Over the past several years, I’ve tried to get just one haircut annually and keep that going this year. Admittedly, it’ll be more difficult because when I went to a wedding in 2019, I had to get my haircut earlier in the year than I would’ve liked, and last year‘s haircut wasn’t as short as I wanted.

When I was much younger, I got my haircut in the center of Marshfield, but the waits were long and when the barber died, my dad did the honors. He’s not a licensed barber, but that’s still legal. In most states, you can cut the hair of a direct family member if you don’t charge them. New Hampshire is likely the only state where that is illegal. My dad gave me buzzcuts or wiffles. He has a hair clipper and knows how to shave his head, so the skills transferred when cutting someone else’s hair. I bet he could also do a bowl cut if he wanted.

I’m not alone in receiving haircuts at home. Some people get them from parents, spouses, siblings, etc. The friend of mine whose wedding I went to in Maine in 2019 had his wife give him haircuts during the shutdown using scissors. She doesn’t have a barbers license or cosmetology license either.

For the first couple of months, most states shut down barbershops. The result: a lot of temporary haircuts. Was there a spike in the emergency room trips because so many people received unlicensed haircuts? Not that I heard of.

Legally, One must have a government-issued barbers’ license. In many states, that means going to 1000, 1500, or even 2000 hours of trade school—to give someone a haircut. Why? Is this about safety or is it a barrier to entry to reduce competition in the labor market? We should protect lower-wage workers from having to compete on the global market, but domestically we should give our people an opportunity to earn a living without shelling out five figures and thousands of hours for a trade school diploma they might not need.

One might argue that the quality of the average unlicensed haircut is lower than that of the pros, but presumably, your spouse or sibling giving you that haircut has put little time into practicing. Imagine what they could do if they could build experience. There are videos, blog posts, and other tutorials about giving haircuts and giving certain types of haircuts, how to store the equipment, and keeping things clean. I learned how long snap a football by reading a little bit about it online, watching some videos, and then practicing for around 200 to 300 hours by myself when I was 16 to 17 years old. That got me to being the primary long snapper for my team for the final nine games of the year—beating out two kids who went Division 1 at other positions— and finishing my high school football by winning big in the state championship at Gillette Stadium. Maybe that’s not a direct comparison, but that was a position I’d never played before. The point is: people can learn to do things and become somewhat competent at them if they put in time and effort.

Without the state-issued barbers’ license, there could also be an opportunity for people to go straight into apprenticeships where they could learn all of this firsthand and receive compensation for their time. Or they could practice in their spare time. One might worry about sanitation, but health inspectors exist. Quality? We have plenty of places to leave reviews online, including Yelp and Facebook. Certifications? A private company could do that as well. Potential for injury? Lawsuits. The only time someone ever cut my ear when receiving a haircut was at a place called Family Fun Cuts in the town I grew up in.

Alabama didn’t have barbers’ licenses at the state level from 1983 to 2013. When they enacted the law, they grandfathered in the already established unlicensed barbers, indicating that safety wasn’t the concern. Not everyone can cut hair, but knocking down the barriers at the state could create more part and full-time job opportunities for people across the country.