Butter or Margarine? Neither.

Use olive oil instead. 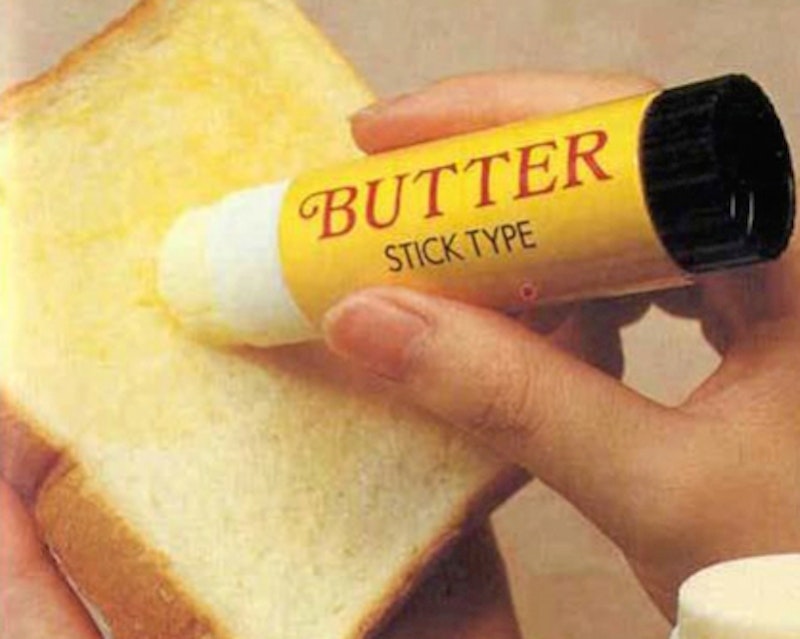 Nutritional trends are mercurial. One day, eggs are bad: they’ll raise your cholesterol and give you a heart attack. The next day they’re pretty innocuous, healthy even. You’re recommended to include them in your regular diet. Red wine is good for you; red wine is bad for you. Grapefruits have negative calories… I don’t know how anyone believed that one.

There’s a lot we don’t know about nutrition, which is one of the reasons we see so many conflicting studies. It’s also hard to scientifically quantify nutrition with any degree of accuracy. It’s difficult to determine causal relationships because humans are the subjects. If I hypothesize that one food is harmful to humans, I can’t ethically tell a group of subjects to consume that food every day and observe what happens.

This is why nutritionists have to rely on less authoritative experimental designs. And so the back and forth.

Kelsey Gee of The Wall Street Journal wrote an article last week about the resurgence in butter’s popularity. People have been told to avoid butter—since the 1970s—because of its high saturated fat and cholesterol content. But since Americans can’t live without their butter, they turned to a close alternative in margarine, which is just as, if not more, unhealthy. Now popular opinion is shifting again, as people are viewing margarine as “more manufactured and processed, and less wholesome and natural.”

The article shouldn’t be asking: should you eat butter or margarine? The germane question is: why do you need to eat either one?

Gee takes a fairly neutral standpoint. She mentions butter’s “natural simplicity," and then concedes, “Some nutrition experts agree that the butter resurgence may not be healthy.” People will still misread her article as proof that butter is healthy. I wish she’d ended the piece, after presenting the conflicts, that butter just isn’t good for you.

So you started eating more butter?

This has a twin-fold result: the mixed messages that the media sends about nutrition and people being too lazy to use common sense. If people would stop believing everything that they heard then we wouldn’t have this problem. And as for butter or margarine? Use olive oil instead.