The Chesapeake Bay is Doomed 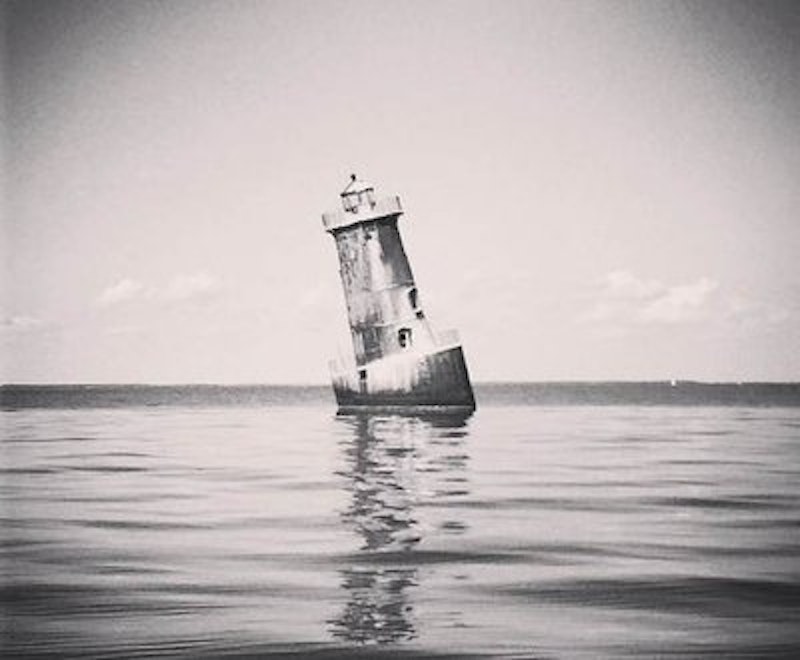 As I sit here and look out at the Chesapeake Bay—though I'm no environmental scientist—I can tell you that Maryland's Chesapeake Bay is completely fucked. Without ramping up the science jargon (see this article by Splice Today’s Frank DeFilippo for better stats), here are just a few reasons the Bay is FUBAR.*

The Susquehanna River: New York and Pennsylvania take a dump on Maryland every day. Amish cow shit, lawn chemicals, and raw sewage get tossed into the headwaters of the Chesapeake Bay, and the Conowingo Dam can't do much to keep them out, especially when heavy rains hit.

Oysters: They're delicious. I could eat two dozen, raw, in a short period of time. But I won't, because they're so overfished it's ridiculous (and also they're not in season). Oysters are the best way to filter out aforementioned dump material, but they can't do it like they used to because their population has virtually been wiped out. Luckily there are some great aqua farms trying to bring them back, but it might be too late for the oysters in the Bay in general.

Watermen: The lifestyle of the waterman is fading out as these people who work harder than anyone I've ever seen can't keep up with often-arbitrary and outdated DNR restrictions. Take Rockfish for example. At one point the fish was endangered, causing the state to impose a two-fish limit. Now, there are so many striped bass that they ate all the baby crabs and so crabs are $100/dozen due to scarcity. I met a waterman the other day who opened up a rockfish and found 100 baby crabs. Alcoholism, heroin use and suicide are commonplace among watermen, which is both sad and devastating to an already declining industry. It would be helpful if the state would play nice with the watermen, but they never will.

Virginia: Yes, we can blame New York and Pennsylvania for making the Susquehanna River their personal porta-potty, but Virginia is overfishing the menhaden at the mouth of the Bay. Menhaden are what rockfish eat and when they can't find it, they eat our crabs. Virginia also overfishes oysters. I have often thought a quick Civil War between Maryland and Virginia would do the trick. I think we can take them.

Disease: There is some scary stuff in the Bay. Watermen are actually dying from getting infections due to bacteria in the water, and I know someone who caught 25 fish the other day—20 of them had open sores. One day, I got a cut and made the mistake of instinctively dipping my hand into the bay; my ER doctor was less concerned about the stitches I needed and more concerned about immediately pumping high-level antibiotics into me. Creepy.

Water Level: While all the above issues are depressing and mostly irreversible, the main reason the Bay is FUBAR is the ever-rising water level. Even as a number of islands have already gone underwater, people are in denial. They don't want to admit their millions-dollar properties are going to drown, and I can't blame them. I talked to a lifelong islander who refused to admit the water level was rising. I asked her if there were beaches around Tilghman Island when she was a kid: she confirmed there were. I reminded her that we lost the last sandy beach on the island last year and that now only rip-rap keeps the Bay off the island (most days; as I write this, the waves are crashing up onto the land). She said it wasn't the water rising, it was the island sinking. You know, like it's too heavy and we need to throw some stuff overboard. I'm not sure why it's more comforting to think of an island sinking versus the water rising, but I can tell you the entire Eastern Shore of Maryland is full of conservative Republicans (see bumper stickers: "The Right Side of Maryland") and the words "climate change" aren't ones that get tossed around, even by people whose islands are getting cut off from FEMA and bailed out by the Feds because they're "sinking."

*Military slang for "Fucked Up Beyond All Recognition."