When the Internet Misleads You 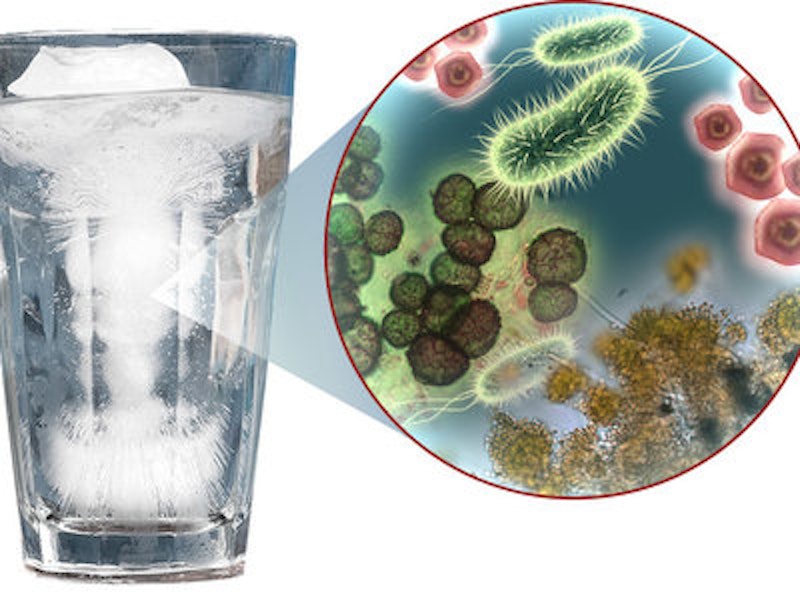 Did you know you shouldn't drink the tap water at a restaurant? Neither did I, but an article I read on the MSN Food & Drink section, 5 Things You Should NEVER Order at a Restaurant, says that this is something I "should never order from any restaurant, ever," because "water left sitting out at room temperature for too long can be a bacterial breeding ground." Don't ask for water directly from the tap either, because "you never know how clean those taps (and pipes) are."

The bacteria claim is false. Any bacterial danger would come from the ice in it, as ice machines can attract bacteria due to hands placed in it, so order "water, no ice" if you're concerned. Very few pathogenic bacteria can survive in clean water, and restaurants don't let water sit out too long anyway, since customers' water glasses are constantly re-filled.

The article begins by mentioning a couple of things that are already “axiomatic” when it comes to what never to order at a restaurant: a lobster roll at a dive bar, or a cheeseburger at a Chinese restaurant. Plenty of dive bars in Maine and Massachusetts serve a decent lobster roll, and the Chinese place near my house in Richmond serves cheeseburgers, cooked to order, that are fine.

Next on the verboten list is “free bar snacks,” because dirty hands may have been in the bowl. The thing is, if you "order" them—and ordering things is what this article's about—all you have to do is ask the bartender to pour you a fresh snack bowl and you're in the clear.

The third warning bell is for "dubious-sounding specials," because chefs allegedly use specials as a dumping ground for their "past-their-prime ingredients." Diners should avoid a special that "sounds like a random hodgepodge, or sauce-covered bits of meat." First, quality restaurants pay great attention to not offering random hodgepodge menu items, and they also avoid saucing up past-their-prime bits of old meat. If you're at one that does this sort of thing, your mistake was the choice of restaurant.

Moving on to number four, never order "Wagyu/Kobe Burgers," because this kind of meat is a rare and expensive delicacy, and "to grind it up like any old piece of beef isn’t just sacrilege, it’s dumb, and nobody does it. Ten times out of 10, if a restaurant claims that its burger is Wagyu or Kobe beef, it is flat-out lying to you.” Wagyu and Kobe beef are not the same thing. Wagyu beef comes from select Japanese cattle breeds. Its meat is intensely marbled, with a rich flavor. Kobe beef is the top variety of Wagyu. It's the world’s most expensive beef. All real Kobe beef comes from Japan, and will set you back by about $110 per pound at Costco. Japanese Wagyu is very expensive too, and there’s also an American version of it derived from bulls imported from Japan.

Only nine businesses in the U.S. serve real Kobe beef, according to the Kobe Beef Marketing & Distribution Promotion Association. 212 Steakhouse in New York City is one, and they have a $23 Wagyu burger. I'd try it, because they're quality purveyors, and it would probably be the best burger I ever had. There’s no “sacrilege” involved when it comes to making burgers. It's just a matter of taste. There are other reputable places selling Wagyu burgers too, so the "10 times out of ten" claim is flat out wrong. "Nobody does it?" The Four Seasons in Las Vegas does it too (just to name one other one) and I'd order that burger for lunch too, with a beer and a tap water. It's probably the American version, but that’ll work for a burger.

The final thing we must never, ever order, under any circumstances, is bread, because "having to pay for it (even if it’s artisan) is pointless." What if artisan bread is my food passion, and I don't mind paying for it? It's still pointless for me to order it? According to this article, I'm better off just remaining hungry for an extra 15 minutes. Now there's some pointless advice.

I can't imagine this condescending piece could improve anyone's restaurant experience. It's uninformed and cynical, while engaging in ludicrous hyperbole and misinformation. MSN made me click through a five-page listicle to misinform me, while also trying to get clicks on articles about 15 celebrities who look terrible without makeup. I like perusing food and beverage articles, but I won't be doing it again on MSN.