Why Root For the Orioles?

Because they're there, I guess. 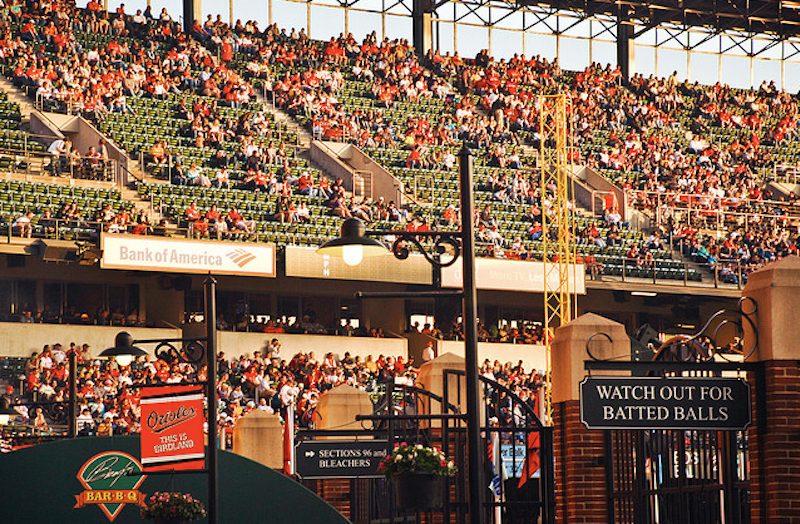 I write regularly for a Red Sox blog, own more Sox shirts than I know what to do with and wear a Sox hat just about every day. And I used to be an Orioles fan.

I grew up in Northern Virginia, back when the only Washington Nationals franchise was the one from the 1880s. In that environment there were only two baseball rooting choices: the Baltimore Orioles, a team covered by the local paper and whose games were on the radio (this was important back in the days when “www” was only a prelude to misspelling something), or another team whose games you would never see or read about. It was a quandary.

I settled the matter by rooting for the Orioles and the Red Sox, the Orioles for obvious reasons and the Red Sox because that was, by chance, my team in little league. Also I liked Roger Clemens. Later I grew up and moved to Boston and the Orioles grew worse as bad decision after bad decision rotted them from the inside out. I moved on in my baseball rooting interests, but many more fans haven’t had that luxury.

A lot of people go to Camden Yards each season to see a bad baseball team repeatedly get its butt kicked. The Orioles have 14 consecutive losing seasons which, outside of the out-of-nowhere competitive 2011 Pittsburgh Pirates, is the worst streak going. The O’s have burned through managers, GMs, high-priced free agents and radio broadcasters, bouncing from rebuilding session to rebuilding session without ever accomplishing anything. All of which begs the question, why root for the Orioles?

Is there any end in sight? Peter Angelos, the Orioles owner, hasn’t shown any proclivity for learning on the job. President/GM Andy MacPhail took the reins in mid-2007. Since 2008, the first season he had any real control over the roster, his Orioles—as I write—have gone 236-342. That’s a .408 winning percentage, the same as a team with a 66-96 record.

MacPhail’s Orioles have failed each year and there’s no indication that the future will be an improvement. The talent the team has nurtured in the Minors has severely under-performed. The young pitching that was supposed to anchor the franchise for the next half decade has been awful. The starting catcher who was supposed to be the modern incarnation of Johnny Bench has more resembled Elrod Hendricks minus the awesome name. The farm system has some young talent, but nothing that is ready to push the club to the level of a playoff contender. MacPhail has fallen back on the same win-now measures as his predecessors, signing aging veterans Derrek Lee and Vlad Guerrero to one-year deals in an attempt to forestall the inevitable 90+ loss season. Shockingly, it hasn’t worked.

MacPhail’s contract is up at the end of the year and it’s hard to envision Angelos asking him back, a feeling that’s probably mutual. But losing MacPhail isn’t that big of a problem. The real issue is his replacement. More specifically, why would a young GM with good job prospects want to come to Baltimore to work under an owner who at best won’t get in your way immediately, and at worst will totally obstruct your attempts to do your job? I’m afraid we may find the ugly answer this off-season.

So, again, why root for the Orioles? Aesthetically, there may be no better place to watch a game than Camden Yards. The Orioles play baseball, which by itself is reason to pay attention. I’ve no love for the Orioles anymore but if I ever lived in Baltimore you’d find me at Camden Yards 20 nights a year or more, as long as my wallet held out, regardless of the quality of the team on the field.

Finally there’s hope. The analysts, including this one, aren’t right every time. Stand up if you picked the Pirates to be in first place at the trade deadline this year. As bad as the Orioles pitching is this season, as disappointing as their star players have performed and as rancid as their front office appears to be, it all can change quickly. And yet, it’s unfortunate that since 1954 in the city that’s enjoyed multiple World Series appearances and several Hall of Famers wearing Orioles caps, the best reason to root for the Orioles is just because they’re there.