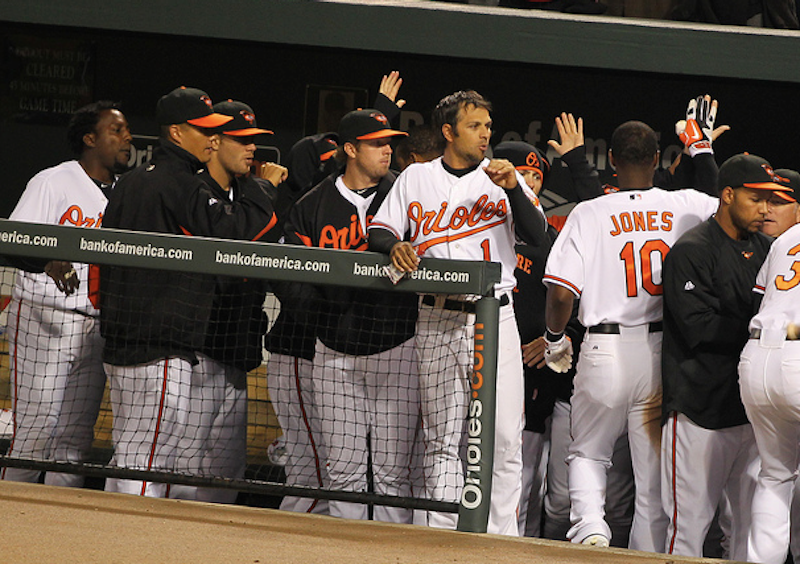 The Orioles have graduated a number of promising young starters to the big leagues over the past year. It's a remarkable bounty for an organization that featured a barren farm system not so long ago. With Zach Britton's promotion the team is left without a top-flight pitching prospect in the upper levels of the minor leagues. Ryan Berry and Dan Klein, both currently at Frederick, are the best remaining in the minors. What the Orioles lack in potential at AAA Norfolk they more than make up for in experience.

With a rotation set to feature three or four starters with less than a full season of Major League service time, and Brian Matusz entering just his second full season, the front office has stockpiled veteran hurlers to fill out the Norfolk rotation. It may not make for an exciting prospect-laden roster but it could prove to be an excellent strategy. The Norfolk pitching staff features six pitchers who have started games in the Major Leagues. Ryan Drese and Chris Jakubauskas (who was called up over the weekend) may not be household names but in a pinch they're well equipped to make a spot start or two. They're joined by Mark Hendrickson, Troy Patton, Chris George and Rick Vandenhurk—a quartet who’ve combined to start more than 240 Major League games. Patton is the youngster of the group at just 25. He was considered the jewel of the trade that sent Miguel Tejada to Houston a few years back. Patton is no longer considered a top prospect and is more likely a future swing man/ long reliever at the big league level. Considering that just a few seasons ago pitchers like Drese and Hendrickson would have been in the Orioles rotation, the fact they're now providing AAA insurance signifies how far the organization has progressed.

Norfolk's depth doesn't end with the pitching staff. Josh Bell, who struggled with the 2010 O's, returns to AAA to man the hot corner. Bell is still just 24 and the reports on him from Spring Training were encouraging. Nolan Reimold will look to get his career back on track after a disastrous 2010. Reimold hit well this spring and will likely be the first position player called up to Baltimore in the event of an injury or trade, assuming he produces. Ryan Adams will play second base for the Tides after making a positive impression on the O's in Florida. Adams has had defensive problems throughout his career but has produced with the bat piling up 58 extra base hits and a .829 OPS in AA last season. Former big leaguers Brendan Harris and Nick Green also figure into the Tides infield mix and provide depth in the event of an injury to one of the O's infielders.