Jake The Rake Stakes His Claim

Orioles' backup catcher Jake Fox could be crucial in 2011. 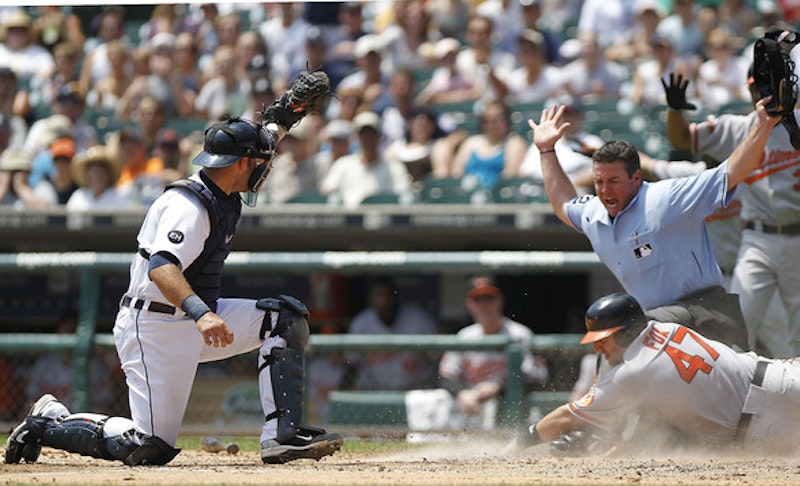 Baltimore Orioles backup catcher Jake Fox has bashed nine Grapefruit League homers. He leads the team in slugging, home runs, RBIs and if he keeps it up we may need to add another “X” to his name. To this point Fox has been a great spring story line. His daily dingers have offered some distraction from the injuries of Derrek Lee, Brian Roberts and Justin Duchscherer. However, once the regular season starts on Friday it may be difficult for manager Buck Showalter to find room for the Fantastic Mr. Fox.

Finding consistent at-bats has been a problem so far for Fox in his young Major League career. He came to Baltimore from Oakland in a mid-season trade in 2010. Oakland acquired him from the Cubs in a deal last offseason for pitcher Jeff Gray. Fox was a bit of a cult hero in Chicago. He was a Minor League slugger without a position. When he arrived at Wrigley Field he was used all over the field by then-manager Lou Piniella; in 2009 Fox played first base, third base, the outfield and catcher. He also smacked 11 bombs in just 216 at bats.

Given Fox’s pop and versatility I think it’s a foregone conclusion that he’s made the O’s opening day roster. The real question is whether Fox will be the backup catcher or used as a bat off the bench. After arriving in Baltimore last season Fox was used extensively behind the plate. He’s never been a defensive whiz and in parts of three MLB seasons he’s only logged a total of 14 games and 131 innings at catcher.

Given Monday’s news that Nolan Reimold has been optioned to AAA Norfolk it would seem likely that both Fox and backup catcher Craig Tatum have made the team. Having both players on the 25-man roster will give Showalter the flexibility to use Fox off the bench and to fill in at numerous positions. Fox is likely to be the backup at first, third, DH and could also spell Luke Scott in left field. I wouldn’t be shocked to see Fox log 150-200 at bats for the O’s. That won’t make him a breakout player in 2011 but it could make him a solid contributor.