The King is Dead

The new and very-much-not-improved Suburban House. 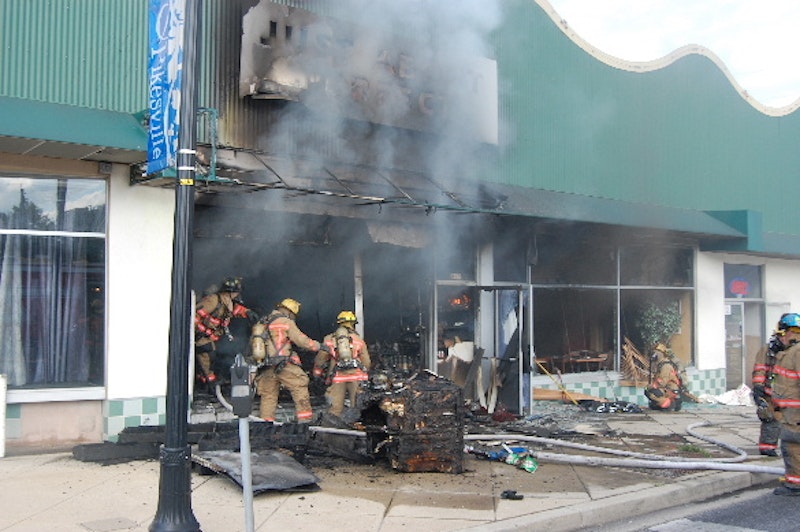 The reincarnation of Suburban House—the Pikesville Minas Tirith of Jewish suburban eateries that burned to the ground last year—is a poor imitation of a legend.

During its past life on Reisterstown Rd., the walls and bathrooms were grimy; the tables and mirrors sported a dull sheen; and the placemats offered up a satirical dictionary of Yiddish terms. (A “bris” meant, “getting tipped off”; a “mitzvah” meant, “enjoying your wife’s new hairdo; a “goy,” a “person who buys retail.”) Menu highlights included dead serious matzo ball soup, chicken in a pot, omelets and other classic brunch/Jewish fare.

For as long as I can remember, Suburban House—and Baltimore in general—meant old, Jewish people. Simply, my father’s parents lived here all their lives and once they found a restaurant they liked they held on to it with pit bull voracity. Over the course of several hundred visits since my birth we probably ate at a half-dozen restaurants. Suburban House, but never the Pikes; Olive Branch, but never Olive Garden. And then there were the Backfin and the Windsor Inn, two extremely haggard seafood shacks that made terrific crab cakes.

As with any neighborhood bar or townie restaurant, there’s a priceless sense of belonging that overshadows unclean silverware. My grandmother, now a crisp 94, would walk into Suburban House and stop to chat with several people, couples and families. Everyone knew her, and she would dutifully ask after nieces and grandkids and colleges and proudly display my brother and me before our father ushered us all to our waiting table. And over the course of a meal I’d watch any number of elderly folks march in and out of the joint, hamming it up with each other and strangers alike. It was where you went; it was home.

The two-alarm fire that claimed the original Suburban House originated in the kitchen, most likely. News of its demise shook me to my core, and I have yet to find a deli/brunch spot that equals Suburban House’s solid all-over performance (the one exception being the Parkway Deli, about 100 yards outside of DC on Grubb Rd. off of East-West Highway).
For the past year or so, dinners out with Grandma made me a little nervous. Where would we go, if not Suburban? Whither similar comfort?

A bold banner outside the ashen restaurant told passersby that a newer and better Suburban House would emerge somewhere, somehow. A few months ago, its apotheosis was consecrated in the shell of a former Fudruckers. With a little trepidation, my grandmother, father, brother, brother’s girlfriend and I ate there a few days ago. I have little good to report.

Parking was plentiful. If that’s the first line in your “pro” column than your review is obviously in trouble. The classic placemats were gone, the menu a dead ringer for any TGIFriday’s. A couple of neon signs informed us as to the availability of Blue Moon and Bud Light.

The tables were packed in so as to make the short journey from the table to the bathroom and back a bit of a disaster. The service was overly smiley and not particularly efficient. The coffee isn’t as good, but, strangely, the corn beef hash is noticeably better. The bagels are neither New York nor Baltimore quality.

It’s as if the owners hired a jowly hospitality consultant to remake Suburban House is as bland and unassuming as it could—a whiff of corporate chain-gang cleanliness.

Now, every warm, worn restaurant starts out fresh and bright. Dirt and grime do not a classic restaurant make, lest my aesthetics be confused. No, what’s wrong with the new Suburban House is that it’s laid out badly, the menus are gaudy, and all of the laid-back geniality of the older version is gone. It's as if the original Suburban House was simply a happy accident, an impossible formula to recreate.

My grandmother won’t go to Suburban House in the mornings, now, since it’s far too crowded and the coffee too expensive, but, she told me, “it’s where everyone goes.” And so we went.