They’re gone now, but were they ever really there to begin with? 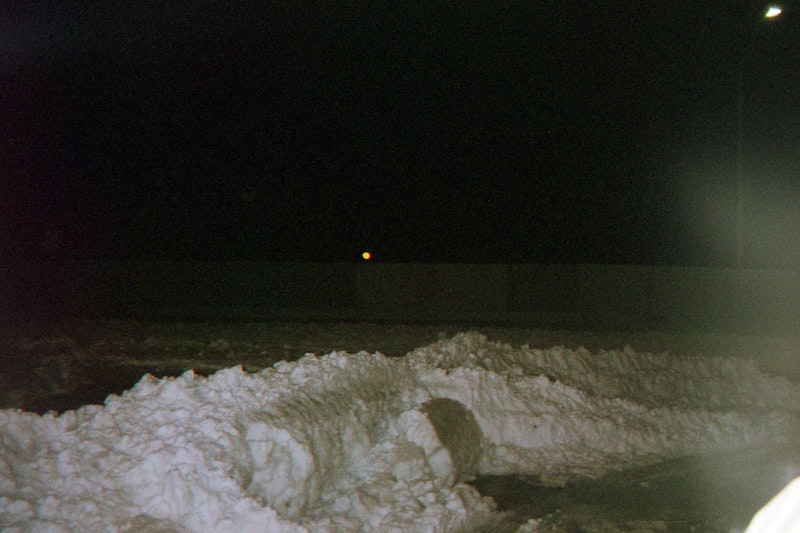 There were five of them, or maybe seven, with at least two cars, living in that last house on the left across the way. One of the cars was a black Lexus or Acura. Day or night, that car was almost always running, waiting, with someone inside. A light perpetually glowed in the house. Regardless of the hour or the weather, two or three adults parked themselves moodily on the front steps, peering into the glow of smartphones or staring off into the middle distance. There were two children, too, wandering towards the bus stop around the court’s breakneck bend or away from it.

An aura of menacing mystery obscured these people, and if this reads like mock folklore it’s probably because I’m a not an especially great neighbor, or because of the story my mother told me about them. The house I live in now is hers, in the transformed neighborhood where I grew up. She’s a better neighbor than me, a curious and perceptive person who takes pains to know and understand on at least a basic level those who live around her. One day, she greeted two dwellers at the house in question. She was out for a walk; they were sitting out on the front steps.

She smiled and said, “Hello!” as she is wont to do. They fixed her with a 1000-yard prison stare, and did not return the greeting. It would be the first and last time she tried to engage them.

I never even tried, myself, because if these people couldn’t even smile at my mother—a generous, well-meaning optimist—why would I bother?

Someone in that house had a dog and someone else worked at the local deli and the condition of the screen door—more an exterior door containing a single large, tinted piece of plastic—became deplorable. From the look of things a latch was broken, so the door banged crazily at the mercy of the season until it sagged from the house, and never closed. That’s the sort of thing most renters would fix themselves, or lobby the landlords to address, but these were not most renters, even in a neighborhood increasingly populated by renters.

A few weeks ago a mid-sized moving truck materialized outside, and several hours later, the ghosts in #21 were gone. The lawn is a jungle; the exterior door looks like a hangnail on the verge of falling off. I don’t talk to my other neighbors as often or with as much depth as I should, but I’ve the sense that no one knew the departed, and no one’s all that sad that they’re gone—their rhythms were odd and out of joint and I can’t remember ever hearing their voices.

A landlord must exist, but while I’ve noticed the occasional car parked briefly outside, no one has come to clean the house up or plant a for rent sign. (The Homeowner’s Association must be livid.) The place feels haunted, and I’m not sure what’s a worse fate for the rest of us: for it to remain abandoned, or for its occupants to be replaced.