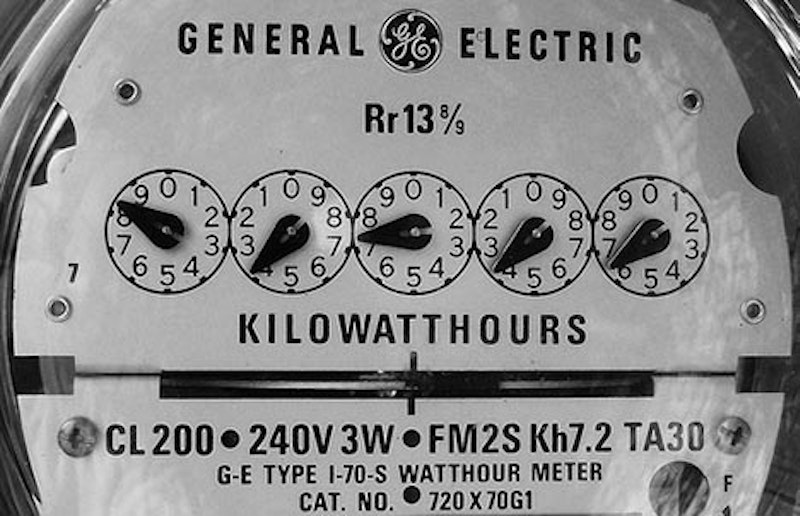 Earlier this month, I got a piece of mail from Baltimore Gas & Electricity. The package was too thin to be a bill and, somewhat ominously, the company's logo on the front of the envelope was printed in black instead of the usual cheerful shade of green. It was, it turned out, a letter explaining that I was being charged a security deposit in order to remain a customer of BGE, because I’d been late paying my monthly energy bill. So the next bill would include an additional amount, calculated just for me (how thoughtful), to reflect what I pay on average for two months of electricity.

At first, I felt guilty. After all, I’d been late on my bills, often just paying enough to beat the turnoff notice; without laying out a sob story, let’s just say it's been a rough year. But as I searched for more information about this "security deposit" I’d heard of, the angrier I got.

Apparently a lot of people got that letter the same week. According to BG&E, the security deposit is being charged to anyone who's paid a bill late twice or more in the space of a year. They also say it's not a new policy, and the only difference now is that they're now sending out letters instead of informing customers in their bill or via phone alerts. Now, I've definitely paid late more than twice, both in the past year and before that. So while they may have done this to some extent before, the widespread reaction to these letters suggests that they're being a lot more aggressive and sending these to a much wider number of people. I’ve no idea how many, but I have to imagine that out of BG&E's over one million customers, the percentage who've paid two bills late in the last 12 months is not insignificant.

BG&E has to be aware of the PR nightmare this could become, but the scary thing is I doubt they care or have any fear of repercussions. The company’s name has been mud in Maryland since the 2006 rate hike the utility was allowed to enact when the state's Public Service Commission failed to renew regulations that had previously capped what the behemoth was allowed to charge. That proved to be a decisive issue in the gubernatorial campaign, and Martin O'Malley defeated incumbent Bob Ehrlich in part by arguing that he should’ve taken the blame for that blunder happening on his watch. But rates haven't been controlled much better under Governor O'Malley's administration (although it was recently announced that BG&E’s prices should dip in October), which Ehrlich was eager to point out in his losing 2010 bid to take back his old job.

BG&E may not have the iron grip on Maryland's power needs that it had prior to 1999 deregulation. But for a lot of customers, particularly people who rent instead of owning property, they're still the only game in town. And often, BG&E is the distributor even if you pick a different supplier for your gas or electricity, and can still require that security deposit. In 2009, the Baltimore Business Journal reported a 40 percent rise that year in Maryland residents choosing an energy provider other than BG&E, but that was likely a minuscule figure to begin with.

So far, there's been no indication that BG&E is breaking any laws with these security deposit requirements. But this is an abuse of power whether the state of Maryland deems it so or not. BG&E is squeezing more money out of customers who may be simply irresponsible but, given the state of the economy, especially in Maryland, are more likely barely getting by as it is. And they've got no other reason to crack down like this than that they can. BG&E is a bully, plain and simple.

Before I received that letter, I was actually doing better than usual this month and hoping to square away some of my late bills, and take care of both this month's BG&E bill and last month’s at once. But with the added security deposit, my current balance is the equivalent of four months' worth of power bills. Of course, BG&E says my security deposit will be returned to me if I pay every bill on time for the next year. But at this point the odds of that happening are slim to none, and I think that's exactly what they're counting on.