Can Peterson's "biomechanical analysis" help put an end to a recent slew of arm injuries? 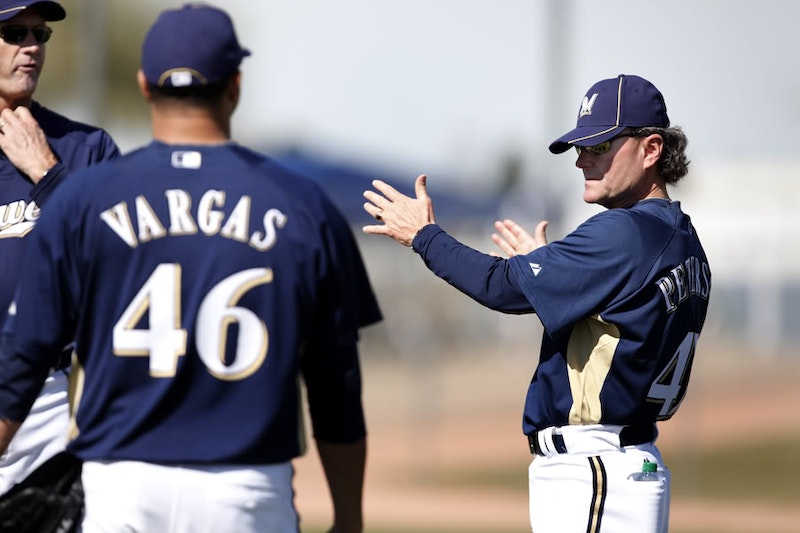 There hasn’t been much for Orioles fans to get excited about this winter. The uninspired hiring of Dan Duquette as GM was followed by three months of equally uninspired trades and free agent signings. The 2011 Orioles finished with baseball’s worst pitching staff and did little in the offseason to improve, unless you consider trading your only reliable starter a step in the right direction. But give Duquette credit for one move that he made this off-season: the hiring of Rick Peterson to serve as the organization’s pitching coordinator.

Peterson has served as a pitching coach in the Majors and minor leagues for much of the past three decades. In his new role with the Orioles he will oversee the development of minor league pitchers and install his biomechanical analysis and conditioning philosophies throughout the organization. Peterson is already working with the Orioles pitchers in Spring Training on biomechanical analysis of their deliveries.

On the surface the concept of using biomechanical analysis and delivery breakdowns for pitchers might sound like a load of hogwash. The Orioles have a woeful track record of developing prospects into Major League contributors over the past three decades. To skeptics, biomechanical analysis may sound like another drummed up catchphrase to appease the masses, like “Grow the arms, buy the bats.”

Andy MacPhail spoke repeatedly during his four years in Baltimore about the need for the team to grow young pitching and acquire hitters through trades and free agency. It sounded like a fine philosophy because at the time most of the Orioles’ top prospects were pitchers. Brian Matusz, Jake Arrieta, Brad Bergesen, David Hernandez, and Zach Britton were dubbed “The Cavalry” and the team’s hopes rested on their young shoulders. Well, here we are four years later and “The Cavalry” arrived, and they’ve been beaten to a bloody pulp. In reality an organization should never have such a narrow focus of talent acquisition or player development. The Orioles’ singular focus on growing the arms has left the cupboard pretty bare in the upper levels of the minor league system.

“The Cavalry” wasn’t the first group of Baltimore pitching prospects to arrive with hype only to be rudely greeted by Major League lineups. The list of past hopefuls includes such notables as Hayden Penn, Matt Riley, Daniel Cabrera, Adam Loewen, Erik Bedard, Garrett Olson and Josh Towers. Most of them succumbed to injury or ineffectiveness within a few years of their debut. Only Bedard went on to any sustained big league success and he’s been hampered by injuries since being dealt to Seattle following the 2007 season.

Enter Rick Peterson, or “The Professor,” as he’s commonly referred. Peterson is in Baltimore to solve the ongoing epidemic of arm injuries to young pitchers. It wouldn’t shock me if at the time of his hiring Duquette simply told Peterson, “Your mission is to deliver a healthy Dylan Bundy to the Majors.” I don’t know if Peterson’s background in psychology, physical conditioning and biomechanical analysis is the magical elixir to Baltimore’s pitching ineptitude. What I do know is that Peterson believes in his program. I’ve heard a couple of radio interviews with him over the past few weeks and he speaks with great passion and conviction. Peterson actually got me excited for a brighter future with some of his recent comments. Biomechanical analysis isn’t a catchy mantra to drop in interviews or put on t-shirts, but it should make a more lasting impact than “Grow the arms, buy the bats.”