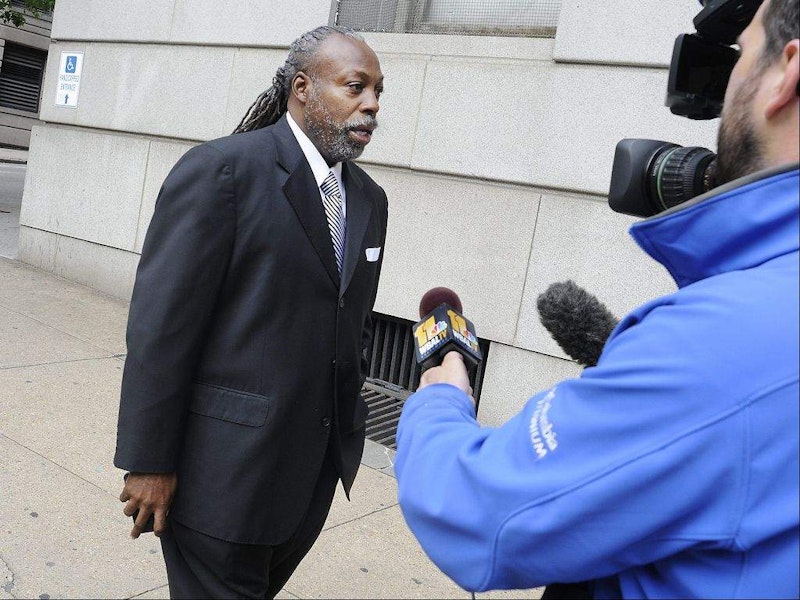 We, the people, knew all along that Julius Henson commanded a high price for his services as a Baltimore political consultant or, more accurately, a political provocateur. Now, by his own admission, we have learned what he really was all along —a political prostitute. Reputable political consultants, and there is such a breed, usually stay bought by one party or another and remain loyal to one ideology or another. Rarely do they jump party lines or cross-dress, as Henson, a Democrat, did, simply to make a quick buck. If they do, usually they’re washed up pariahs. What Henson did is akin to Karl Rove working to elect Democrats or James Carville flipping to the Republican side of the line.

Joseph Napolitan, who practically invented political consulting, wrote in his book The Election Game: “I happen to be a Democrat. In the United States I work only for Democratic candidates I like, and the last part of that description is as important as the first part. Life is too short to work for candidates whom you don’t like, or with whose political philosophies you strongly disagree… It’s hard to regulate morality or the ethics of candidates or consultants. But more than any other field I know of, the work we do is subject to scrutiny by the public and the press.” Let it be said that Henson has been scrutinized.

And now Henson and his attorney, Edward Smith Jr., are claiming that he is being persecuted (and prosecuted) for his work in the 2010 campaign of Republican Robert L. Ehrlich Jr., who was attempting to recapture the Maryland governorship that he lost to Democrat Martin O’Malley in 2006. It’s more likely that Henson knew there was no room (or cash) for him in the tight little circle of operatives around O’Malley so he followed the bread crumb trail to Ehrlich’s campaign as a free-lance button-man and highly paid mischief-maker. Ehrlich’s campaign paid Henson $16,000 a month, or a total of $112,000. Henson was promised a bonus of $30,000 if Ehrlich were to win.

Henson began his newly symbiotic friendship with the Ehrlich campaign with a $600,000 proposal that was eventually rejected and whittled down to the more manageable fees, kind of like the Secret Service negotiating price with the prostitute in Columbia. Over the course of the relationship, there was an exchange of hundreds of e-mails and phone records that were confiscated during raids by the FBI and state prosecutors. One deliciously damning transmission read: “The first and most desired outcome is voter suppression.” Gotcha! Another proffered the generous bonus if the “city turnout stays low.” Henson, in his own defense, testified that he had proposed a broader role but the Ehrlich campaign assigned him to limit his work to the black community.

To re-cap: Henson is on trial for election day fraud by trying to deceive black voters, counter-intuitive, he says, into staying away from the polls through an evening  bombardment of 100,000 “robocalls” that were placed to Prince George’s County and Baltimore City. Henson has acknowledged producing and placing the calls. He did so in cahoots with Ehrlich’s campaign manager, Paul Shurick, who was convicted on four charges during a separate trial in December. Shurick was sentenced to home detention and ordered perform 500 hours of community service in lieu of jail time. The suspenseful irony hanging over the trial is whether Henson will walk and Shurick will be stuck with the guilty blemish of attempting to tamp down the vote. Henson’s jury comprises five black men, five black women and two white men, a lopsided racial majority of the very people he tried to deceive on election day. Henson is black.

Maryland law specifically makes it a crime to knowingly and willfully suppress voter turnout by means of fraud. That is the nub of the prosecution’s case, nothing more, nothing less. And the twist on that little codicil is that the voter suppression prohibition was enacted following other questionable tactics by the Ehrlich campaign in 2002.

It was then that the Ehrlich campaign bussed homeless people from Philadelphia to Prince George’s County to supposedly to act as campaign workers. The Ehrlich campaign also distributed campaign literature linking Ehrlich to black officials, fraudulently implying that he had their support, leading to the passage of the Maryland law which Ehrlich, as governor, originally vetoed but was overridden by the General Assembly. It is certainly true in this case that what goes around comes around.

On another level, it is charitable to suggest that Ehrlich should have known better. In 2002, Henson was in the employ of Lt. Gov. Kathleen Kennedy Townsend’s (D) campaign for governor against Ehrlich, the successful challenger. Townsend fired Henson for calling Ehrlich a “Nazi.” Without missing a beat, Henson immediately offered his services to Ehrlich in a proposal that Ehrlich rejected and privately confided at the time was nothing more than a “shakedown.” One campaign’s shakedown is another’s desperation.

Henson is a well-known loudmouth and political thug in the 1860s tradition that earned Baltimore its sobriquet, “Mobtown,” in which rival gangs would intimidate voters at the polls. (One notorious gang was known as the “Blood Tubs.” They obtained animal blood from a local slaughterhouse and dumped it on unsympathetic voters as they approached the polls.) Henson has disrupted political rallies, engaged in race-baiting politics, employed dirty tricks against the opposition—all of which he publicly claims are standard tool box tactics applied by every consultant and more apparently so by the Democrats that he now claims are seeking revenge for his apostate behavior. Henson’s claim may or may not be true, but smart politicians and consultants do not commit their sinister intentions to e-mails nor do they get caught deliberately attempting to suppress the vote. But subtlety has never been Henson’s style.

It is an appropriate coda to the Henson/Shurick misadventure to note that their ham-fisted attempt at voter suppression is no different than what is occurring in many Republican-governed states through new voter ID requirements that discriminate against the young, elderly, poor and black. At least 30 states have some form of voter ID requirements. Seven states have strict photo ID requirements (driver’s license, passport, etc.), while seven states have photo ID or alternative requirements and 16 states have non-photo ID laws. Voter ID laws in South Carolina and Texas are awaiting Department of Justice approval. Critics argue that the toughest of the laws are tantamount to poll taxes and literacy tests of the old Jim Crow days. The most egregious abuse occurred, for example, in South Bend, Indiana, where eight Catholic nuns were denied the right to vote because they could not produce driver’s licenses.

The first order of business in every campaign is organization, i.e., organize the vote and deliver it on election day. Implicit in that process is the effort to make certain that the friendly vote turns out while the opposition vote does not. In the bad old days, the political bosses paid certain apparatchiks to get the vote out and others to keep the vote down. Today, methods are more sophisticated—the old politics plugged into computers, cell phones and television screens—negative advertising, micro-targeting, the social media, direct mail and still the durable coin of the realm, walk-around money. But none of the old-line political bosses, as crude as their techniques might have been, would ever have committed their plans in writing or over the phone. In Henson’s case, as in Shurick’s, stupid is as stupid does.