A Lifestyle in Motion

I’ve wondered about what it means to truly be at home. 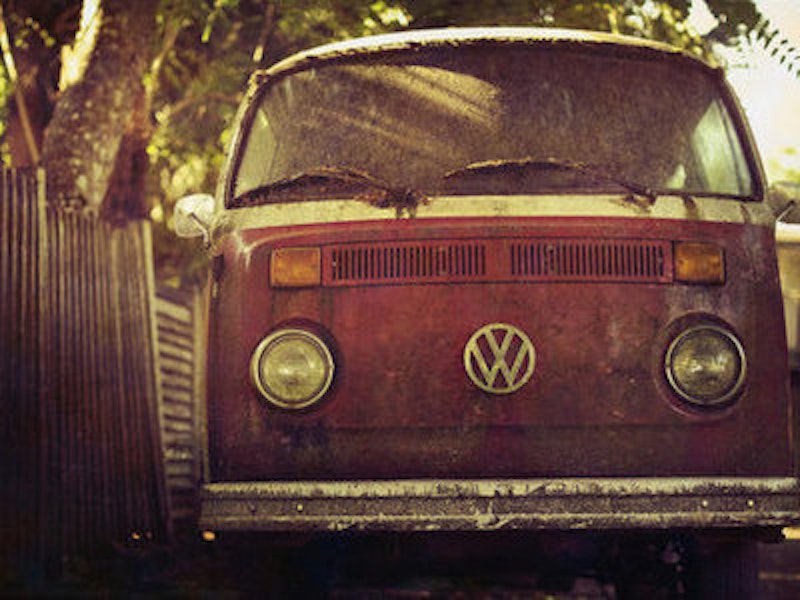 I grew up in Baltimore, which was my rock between 1962 and 1974 until our family moved. I’d been born into a military family and pictures show me living in a grand old stone mansion in an affluent neighborhood near Paris, where, in the mid-1950s, my father was an officer and respected war hero serving at the U.S. Army’s headquarters in Paris. It’s all locked up inside my head—how I toured Europe first class in a gilded baby carriage, a little man in a “Perry Como outfit” and a snazzy little fedora to match, struggling to stand still as my big sister held me for a snapshot.

Not long after, my father (a widower), his new wife, my older sister, new little brother and I had temporarily planted us in Glen Burnie, a suburb south of Baltimore. The urge to continually go somewhere—anywhere—had been the only steady course of my life growing up in Baltimore. It was the “Spark of Vamoose,” an expression my father often used as he piled the family in the big Cadillac to go for a road trip either to visit relatives in Virginia or just to drive 100 miles on a Sunday to have lunch in some interesting town for the day.

My memories of Glen Burnie are of a split-level house on a tilted street and the stark image of a boy getting his head split-leveled on the playground in first grade by a bigger kid with a baseball bat. When my father landed a new supervisor position at Baltimore City Hospitals, he whisked us away to live on Eastern Parkway in Northeast Baltimore to a house he purchased for about $4000, a few blocks away from his parents and most of his sisters and brothers. Italians love to eat together and that meant family gatherings at Grandma’s every Sunday.

It was the beginning of a time of stability. Our street used to be a creek in a little valley, so it was curvy and very green. It also flooded a lot due to poor city planning. We had the two tallest trees on the block, which soared far above the roof and produced a rain of terrible, spiky things like miniature, medieval weapons I had to rake up each fall. There was also an oak whose roots cracked the new patio Dad made, causing an earthquake landscape on one half that always made the picnic table wobble. It was perhaps the first sign of unsteadiness after the initial quake of President Kennedy’s assassination. In Mrs. Kuckoll’s (not her real name) third grade class at Glenmount Elementary on Walther Ave., I realized a truth as shocking to me as the burst bubble for the country. I just wasn’t like those other kids.

I’m certain Mrs. Kuckoll was a kindly older woman who genuinely cared about the kids but at the time, I thought she was a wicked old witch with her crinkly face and horn-rimmed glasses. Having been alone a lot, and fairly smart, I’d been an early reader. I spent hours in my big sister’s pink bedroom where all our important books and records were kept, reading and studying pictures in the magnificent set of World Book Encyclopedias. There were also Dad’s great jazz albums, and those are likely what eventually led me to play the saxophone and other instruments.

I’d always been fascinated by outer space and felt some strange connection to the pictures of stars and galaxies in those books we had. So, when Mrs. Kuckoll arranged a “show and tell”, I had the brilliant idea to describe our place in the scheme of things. I fabricated a cotton swath and papier-mâché Milky Way, painted multi-colored specs of stars all over it, stuck it on a stick and fixed it to a piece of wood. Then I marked a red “X” out on one of the pinwheel arms. It was over a foot tall and about twice that across and could even spin.

I could tell by the stunned, glazed looks of the other kids and Mrs. Kuckoll’s reaction that whatever I had said after pointing to the red “X” as our place in the universe had thoroughly set my course astray from the rest of my classmates. Even as we engaged in bomb drills, I giggled, resisted and screamed about its insanity. I understood atomic power having read about “Fat Boy” and the Manhattan Project. I was a loner. In just a few more years, I rebelled. Being the class clown and troublemaker was a way to get attention but it only got me notoriety and visits to the principal’s office.

I was bored and read far ahead of the class work. I knew the tests without study. I was unguided. No teacher appeared to care about the reasons. No one thought to teach me how to use my brain to advantage rather than detriment because I didn’t discover Mensa and IQ tests until much later. But, as I entered Hamilton Junior High School, kids were all into Boone’s Farm Apple Wine, pot and LSD in its pure and varied forms.

Is it any wonder that my tentative grip on the solidness of my Baltimore years was gently and persuasively slipping away and that the lure of the “out there” and “beyond” would somehow snatch me at the first opportunity?

During my senior year at Mergenthaler High School in 1974, that’s precisely what occurred. I was one of the freaks with long hair and hung out with the artists in the art program clique. One of my oldest friends is one of those poet/artists, and a legendary Baltimore figure. It was the only group in which I had a sense of acceptance other than music and choir. I once sang George Harrison’s “My Sweet Lord” solo, backed by the swaying, mostly all African-American choir behind me in a big presentation, utterly high and loving it.

I barely even remember ninth grade. I still managed to excel at school except for algebra, because the teacher reminded me of Hitler without the mustache. I was probably hallucinating. I was on the senior yearbook staff and learned photography. My “out there” quotation for the yearbook was “just be here now, get enlightened and eventually live in future time.” I mean, really? Future time? I was only 18 but the Moody Blues, Yes, Pink Floyd, Frank Zappa, King Crimson, Jimi Hendrix and Ram Dass had invaded my soul.

It was at Mervo where I was taught the basics of how to make a buck with art and sign painting and other forms of commercial art and how to write.

In late-1974 there was an incident involving some pot in my locker. It hadn’t seemed like a big deal having a joint in school, but I’d recently turned 18, was observed by the school enforcement officer, a man with a crew cut and a big, pink splotch on the side of his head. When “Pink Splotch” escorted me down the hall that day, there was no more making fun of him. However, school went on and I kept an even course as the legal system, just like a tugging current, slowly started to wear away my roots. Soon, the pull exerted by my father and the lawyer to place me in the Army that I simply was removed from my Baltimore foothold in mid-April before graduation.

I’m pretty certain my freaky friends never really knew or cared what happened to that one “freak” in their midst. I’m sure that most never knew I even still existed but for the few that have since reconnected via social media. Lucky for me that I was smart enough to float off the Baltimore “rock” clutching my special, early diploma as the “Barge” of the US Army pulled me onboard and I was off to Europe once more, to where it all began, far across the ocean from my rock of Baltimore.

I did return to Baltimore after two years in the army and traveling around the world. Unlike my dad, I was still a rebel and even though I benefited from the discipline, it was not the life I wanted. I was back on Eastern Parkway after a mind-enhancing journey across Europe for a year. One of my old buddies from the neighborhood approached and said, “Hey man, long time, no see! Come on and let’s go get fucked up!”

Suddenly, I felt that old twang. It welled up from an itch in my ankles or perhaps my medulla oblongata. I got myself a Volkswagen Bus, spent several months converting it into a super, freaky cool, road machine, camper mobile and set off across the U.S., no longer with just a backpack and guitar on my back, but in a secure home away from home, mobile “Vamoose” unit.  I was gone, once again. I’ve settled and gone so many times, seen so many places that I’ve wondered about what it means to truly be at home. I created a lifestyle in the motion picture and production business to ensure such travel and always be ready for the next job, horizon, mountain range, desert, or coastline.