Your Chakras Are Fucked

First trip to the holistic center. 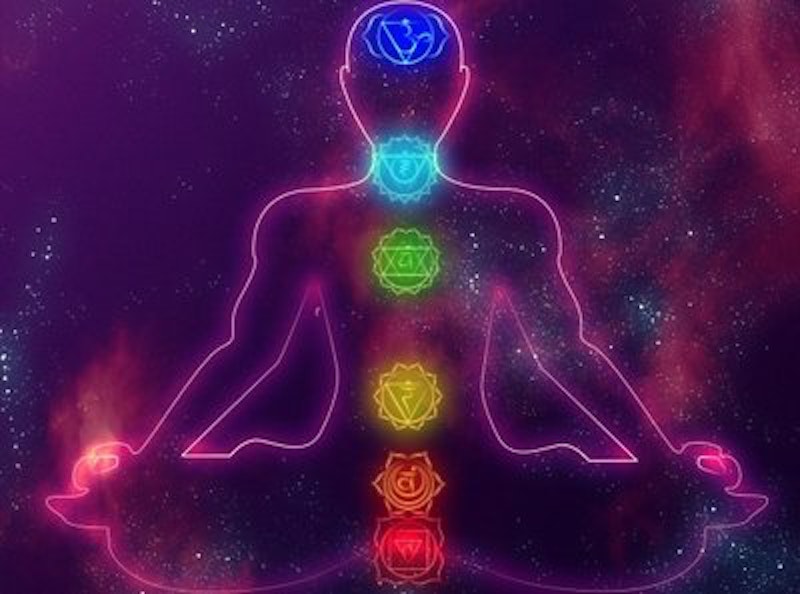 That’s not what she said, exactly, the Reiki Master I went to see, but it was damn close. I went to her because of a friend’s recommendation. Because her brochure said “A blissful retreat.” I was there for a massage and chakra balancing which I vaguely understood the meaning of. Energy work? I’d had a cranial-sacral massage by a reiki healer, a while back in Ireland, and it was one of the most amazing experiences of my life. Unfortunately, she lives in Costa Rica, or I’d see her regularly.

The chakra balancing, any kind of balancing sounded like something I absolutely needed. I’ve been drained, exhausted, and stressed. Migraines have taken their toll on my head and the medicine designed to prevent them has wiped out my body. I’ve traveled a lot doing lectures lately, dropped a kid off at a college, started writing a new book, had some other things going on in my personal life, and the two-year anniversary of losing my sister is looming, a reminder of how much I miss her.

I figured $110 (October special) for a “chakra-balancing massage” was a good investment.

So I walked into the den of Zen and was hopeful. The woman, Deanna, was friendly and I immediately trusted her green, knowing eyes. There were seven chakra cards laid out on the massage table and she told me to choose three, learning later that you may be drawn to the three that are concern areas. We had some opening conversation and then she left the room so I could change: “birthday suit.”

It was a traditional full body 90-minute massage, with the added element of the chakra reading that involved her evaluation of my seven chakra areas, the areas of our bodies through which energy flows. She explained that if any of these areas are blocked, energy can’t flow, everything gets colossally fucked up and we get all stressed and act like assholes. (Okay, that’s my trashy-ass Jersey girl interpretation.)

The chakra healing process involves the Reiki Master dangling what I guess is a powerful chandelier crystal pendulum thing over your body at the various essential points. The pendulum crystal moves freely if you are not blocked in these areas. Out of my seven chakras, Deanna reported that only one of mine, the crown chakra, was in working condition and the other six needed to be jacked the fuck back into place. (Again, not her healing words).

She pleasantly explained in her Jedi Reiki Masterfully gentle, sweet voice as she worked every solid, balled-up knot of stress out of my back and neck, that basically I’m a complete cosmic clusterfuck—gentle squirt of deliciously-scented aromatherapy oil—with little hope of ever having normal interactions with family or friends and that I better get my shit straight with the universe if I expect to see age 50 in a few years.

She could read a 1964 Julia Child cookbook while she obediently responded to my begging for deep-tissue pummeling of those two spots on the backs of my shoulder blades that are twisted into perpetual Celtic double knots, and I’d happily listen. She was better than any massage therapist I’ve ever been to, and though I haven’t gone often I usually ask for “the elbows” because I love hard pressure. The fact that she was also going to spin magical crystals and try to get the universe to un-fuck my life while she was doing it? I’m in. Call it witchcraft, hoodoo voodoo, or whatever you want. I want more of it.