It’s only embarrassing if it doesn’t sell. 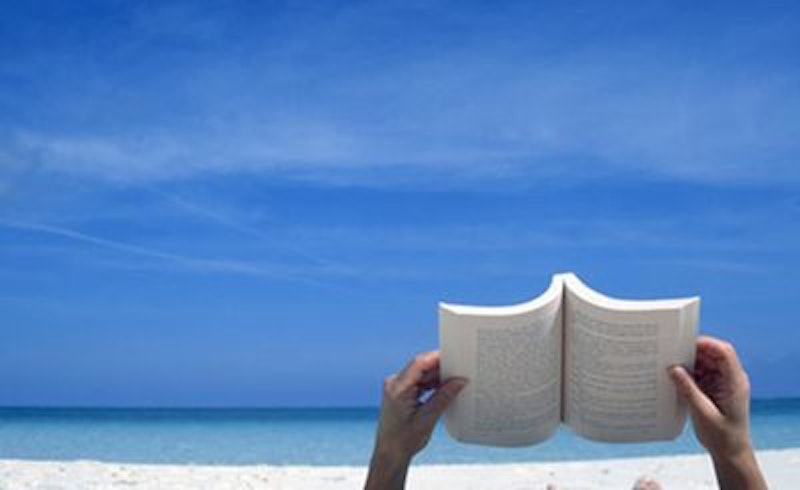 Last year, my novel came out in digital format. Some people read it, which was cool, but it was read on Kindles and phones and iPads, not on paper at beaches. This week, the first advance copy of the book arrived in the mail. I wondered what was in the heavy cardboard box, and I gasped when I opened the top and discovered my book had arrived—the book was completed in 2012 and now, here it was. I actually stroked it, gently, like it was some kind of exotic kitten.

My 21-year-old reported last year that it was too embarrassing to read a smutty book written by her mother. Fair enough. She can concern herself with cashing royalty checks after I am dead, should there be any. My 17-year-old ignores my existence in general, so skipping the book was an easy task. I’m sure she rolls her eyes when book-related Tweets come down her stream; she’d never read it either. But when the book hit the dining room table the other day and my two younger kids, 12 and almost 10, were packing up backpacks for school, I thought hmmm. What do I say to them about it?

The kids were scheduled for well-child doctor visits that day, so we’d be traveling together in the car for awhile. I brought a copy of the book, because my publisher had said that when an author first gets a book in the mail and sends that photo out over social media, it can remind people to order the book. Books getting ordered is a shared common goal.

So I cleared my throat, explained to the kids that even though mom’s book was just for adults, it didn’t mean that they shouldn’t be proud. If anyone asked, they could just say their mom wrote a book that’s only for grown-ups. My daughter agreed to take a photo of me holding the book on the beach, so we could do a really quick sea glass hunt before they went off to school. Also, it’s very much a “beach read” book, so it seemed that shot would be cool even though I’m oddly wearing a sweatshirt in the photo.

On the way home, I asked my daughter to open the book to the dedication page, and told the kids I’d been glad there was time to change it before the print version so I could dedicate the book to my sister, lost to suicide in the fall, and who was always my biggest supporter. My excitement in the arrival of the book was dampened only in that I couldn’t share it with her.

The kids dutifully said they were proud and didn’t think it would be embarrassing. I doubt other third-grade boys are coming up to my son and asking him about his mom’s book anyway. Once when I visited the Katie Couric show, the day 50 Shades of Grey author E.L. James was the guest, Couric asked the author if her kids were embarrassed that their mother had written a sexy book. James responded that the kids were at first, but then checks started coming in the mail and they started getting new stuff, so they didn’t care about being embarrassed. I hope that lady luck will show up for a change and the book sales eradicate any embarrassment the kids may feel that their mom is the one who wrote that book for grown-ups.

—Splice Today Senior Editor Mary McCarthy is the author of The Scarlet Letter Society. Follow her on Twitter: @marymac.