Lonely (Wo)man of Faith in a Modern World

In which the author stumbles across Matthew Roth's Yom Kippur A Go-Go, and renews her faith. 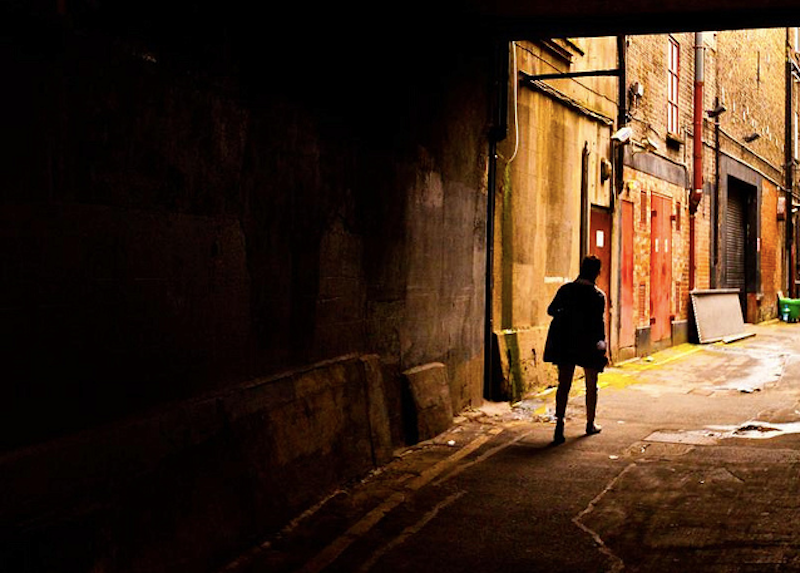 Matthue Roth first sneaked onto my radar when I was 17. My friend Zahava was reading a book called Never Mind the Goldbergs, about a chick named Hava Aaronson, Modern Orthodoxy’s answer to feminist punk rock. Or maybe she was feminist punk rock’s answer to Modern Orthodoxy. Either way, her story involved the straddling, and the eventual rapprochement of fault lines that Zahava and I knew intimately. Argue all you want about the juxtaposition of the words “modern” and “Orthodox” (and worse, the semiotics and implications and attendant practices of this neologism): being Orthodox and 17 in 2005 New Jersey can be confusing, particularly when you spend your nights listening to Tori Amos and writing Draco/Harry smut instead of studying for your Chumash (Bible) test on Why Homosexuality is a Sin, which made Hava a niche-specific heroine who could have provided one blueprint on how to be a lonely (wo)man of faith in a modern world.

Except then Zahava said it “wasn’t that good” so I didn’t bother to read it, which was a shame, because regardless of its quality, the mere content of Never Mind the Goldbergs is unbelievably important in the canon of American Jewish literature, a genre dominated by heavyweights like Shalom Auslander, Philip Roth, and Jonathan Safran-Foer, whose reach does not extend to the world of the youthful Orthodox. With the exception of the bland series The Bais Yaakov Times, written for ultra-Orthodox elementary-school girls, I’m hard-pressed to remember a modern English-language book written for Girls Like Me. (In fact, Matthue Roth echoes my once-tortured assessment of the pitiable state of frummie—Orthodox—lit: “Orthodox lit actually needs Orthodox people writing it. There are tremendously talented writers writing about being Orthodox, and they're either ex-Orthodox or people who've done some casual research about the community or people who are very good at making stuff up. There are amazing writers who are Orthodox. I just haven't heard of very many of them in the actual publishing world.” Which makes Roth himself the only writer in America currently filling this need.)

Enter Never Mind the Goldbergs: swap punk culture for an emo haircut (and its accompanying sad sack sensibilities) and Hava and I were effectively the same person, committed to The Lord but totally baffled as to why we were sharing this sacred space with JAPs and ovine fundies to whom the word “feminism” or “queer” was often synonymous with “aveirah” (sin).

I never did read about Hava’s journey into punk-rockin’ Orthodox euphony, but she remained peripheral in my consciousness for six years, through crises of faith, an enduring obsession with YA Lit, and an eventual repudiation of my Orthodox lifestyle. Until, that is, I came across Matthue Roth’s memoir, Yom Kippur A Go-Go, in the “Recommended for You!” list generated by my user history on Amazon. Yom Kippur A Go-Go was Roth’s answer to his own heroine, a story about his redirection of the youthful energy of punk/queer culture into the religion he had abandoned in his teens. The book opens with an already Sabbath-observant Roth trying to figure out how he can attend a major protest with all his friends without violating the Sabbath. (For the Orthodox, biting your nails constitutes violating the Sabbath, so this task borders on the Herculean). Social protest is a springboard for the rest of Roth’s journey, expressed in energetic prose that bears the vivid inflections of slam poetry and Talmudic recursion. In many ways, Yom Kippur A Go-Go is the story of Hava Aaronson, or me as a 12th-grader: the story of to-thine-own-self-be-true-ing against the odds. And the odds are even stronger when you purposely seek them out, as Roth does: when you consciously make yourself a stranger in a strange land, no matter how appealing its social ethic. Because Roth’s story of religious tribulation takes place, almost entirely, in the anything-goes wastelands of San Francisco’s Mission District, where, as an Orthodox Jew, he—not the chick doing performance art with her own menstrual blood—is the freak.

Yom Kippur A Go-Go is great. It had the potential to not be. If the book had been badly written, its protagonist’s quirks could have gotten tiresome, nauseatingly effulgent, gimmicky. But Roth is a powerhouse writer, blending journalistic observation and attention to detail with literary pacing and emotional payoff. You give a shit about these characters, even when Roth’s search for enlightenment and love gets a little Bambi-in-the-woods. Plus, there’s plenty of titillating stuff to keep the less religiously-inclined occupied: it’s fascinating to read Roth’s take on staying celibate (for reasons both religious and romantic) while being led around San Francisco’s downtown scene on a dominatrix’s leash. Throughout the book, Roth’s primary quests—for meaning, for love—are often one and the same, and the same as most people’s; he’s looking for something to fill up the empty places that a lifetime of activism and ironic t-shirts and slam poetry can’t. He’s looking for God in everyone, in everything—in girls in particular—and this struggle expresses itself so confusingly in an environment that is less than conducive (if not hostile) to often problematic but well-established Orthodox dating systems.

Not that there weren’t Orthodox women in San Francisco. Indeed, Roth found one quite by chance when they both started working at the same feminist lesbian porn magazine. (Duh.) Roth’s entire stay in San Francisco—indeed, his entire religious journey—is characterized by this whip-lashy, expect-the-unexpected absurdity. Don’t judge, the entire book says, you don’t even know. And yet, Roth relays that even in his super-frum neighborhood of Crown Heights, Brooklyn—an urban Anatevka, for those less familiar with Orthodox hot spots—appearances matter less than you’d think. Even dressed in “huge raver pants and a bandana… with my tzitzis [ritual fringes] out… yelling poems at the top of my lungs on the street,” Roth still finds himself invited to share the Sabbath meal with little old Jewish men passing by.

Roth left San Francisco four years ago, time enough to “settle down” with his wife (not the pornographer) and two children, in a neighborhood he claims is “more-or-less-really-supportive” of his artistic tendencies, due to the “infusion of ex-hippies, who’ve survived Bob Dylan and Matisyahu and G-d knows who else coming in to their shuls [synagogues] and experimenting.” But the move to the suburbs hasn’t softened his verve: he’s still writing about the subtle and surprising intersections between Judaism and secular culture—though he admits that Candy Action, his novel about kung-fu fighting supermodels might not appear to be religiously inflected to those who haven’t parsed accounts of medieval rabbinical deck fights. And, for those of us who can’t get enough of his “too hot for the yeshiva” exposés, Roth is currently working on a second memoir, tentatively titled Death Only Hits Below the Belt, which tackles his foray into the Orthodox dating world and his best friend’s death. As with all of Roth’s work—and the story of Jews in America—the story is one of head-on collision, and the exciting, unexpected new culture it can create.