On leaving for London. 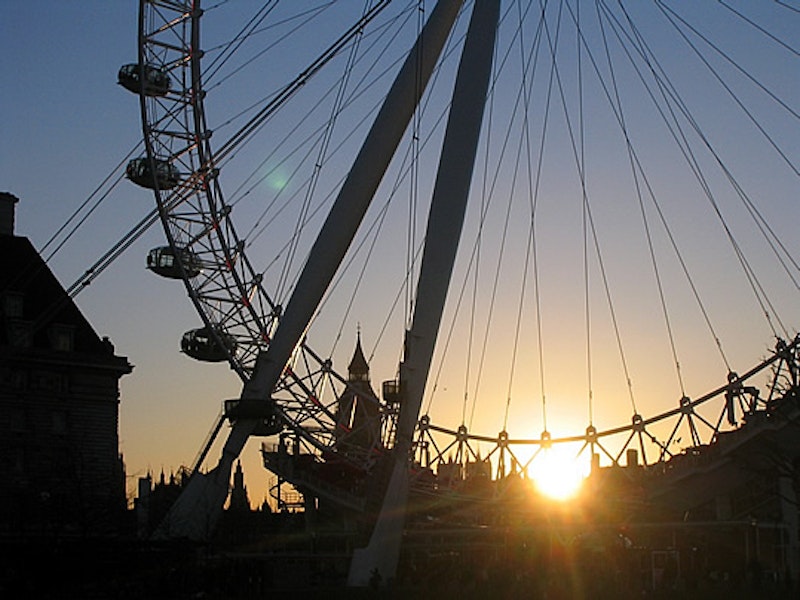 I’ve always thought Europe was better than America, and for you nationalists out there, by “better” I mean “more interesting.” The streets are smaller, the buildings are lower and older, the way of life more relaxed, and as an additional plus the guys are hotter (though uncut, a minus).

Years ago when I was considering graduate school for French literature I applied to a fancy-ass school in Paris that was so competitive that if you managed to get accepted, the school actually paid you a wage and you got to live on site for free. Getting in is a big deal, and it would’ve been an intellectuals dream. Long story short, I got in but was too afraid to leave what I had already built in the U.S., and I still wonder what my life would be like right now if I’d taken that risk. Would I be boo’d up with some French dude, smoking a cigarette and writing obscure literary criticism from my terrace overlooking the Boulevard Haussmann? Prolly!

When I was a teenage gay there was nothing more I wanted in the world than to live in London. I’m not quite sure what the draw was because I knew nothing about the place, but something tells me Spice World had a lot to do with it. At the time I’d never been to London but it seemed familiar yet different enough, far enough away but still within reach. When you’re growing up gay and closeted, all you dream about is living someplace else. No matter where you were raised, you’d rather be anyplace but home. You want to hide from your family and open yourself up to a life you can live on your own terms. You don’t want to make excuses about why you’re coming home so late, or why you’re going to this or that club, or lie about whose house you’re staying over tonight.

Though I’d always wanted to live in London I never actually thought I would get the chance to start a new life there. The logistics of it were just too complicated. I went to college and graduate school in the US and only a year and a half ago made a huge jump from New York to Richmond, Virginia, a move that has certainly been… colorful. You could say I took Europe off the table as a possibility for my future, resigning myself to summers and extensive research trips on the old continent.

Then suddenly a dream job based in London appeared out of thin air and I’m off to London for a whole new adventure.

It’s hard to describe the feeling of picking up your entire life and moving thousands of miles away from your family and closest friends. And I’m pumped as shit, somewhere. But mostly it just doesn’t seem real yet, like I was telling someone it won’t seem real until I am in the plane. So right now, I kind of feel nothing.

As glamorous as it sounds to make such a life-changing move—and it certainly feels glamorous—it hasn’t come without side effects. I’m convinced I have more gray hair now from all the worrying I’ve been doing about the move. I got dumped by someone I still love deeply. My grandmother yelled at me and asked me “Why can’t you find a job in America!”  A year and a half of being in Richmond and I’m just now starting to make great friends who I have to say buh-bye to. How am I going to watch Scandal? To make things worse now I have to learn how to master with uncut cocks, but if anyone is willing to give me some lessons feel free to PM me.

I don’t know what’s going to happen to me in London. Who knows the kinds of people I’ll meet or the paths I’ll cross, and who knows what the experience will lead to in the end. As I get older, I value stability less and less and the pursuit of the unknown more and more, finding solace in risks rather than comfort. All I can say is I’m excited, and guys, just please keep your foreskin clean and we will all be fine.