Why Every Guy Needs a Sister 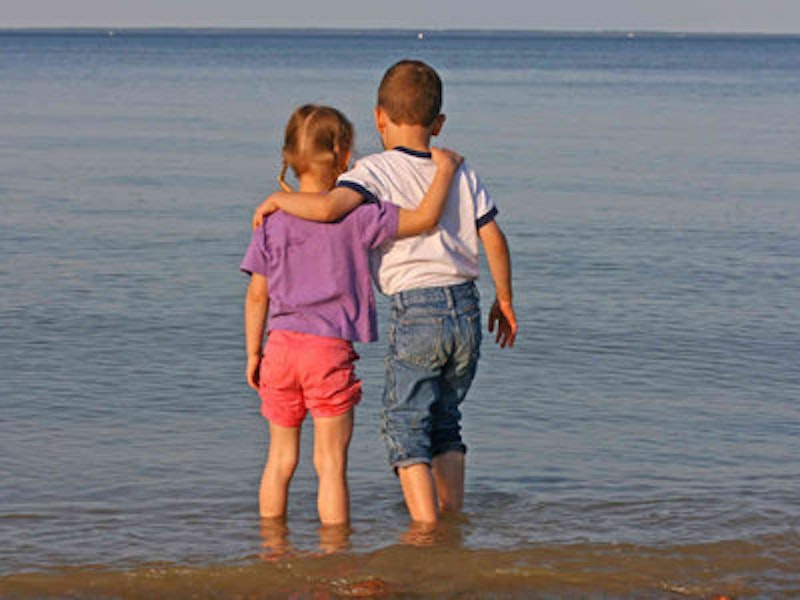 I heard last month that Taylor Swift was looking for a new boyfriend. She’d formulated a list of criteria and one requirement was that the lucky dude had to have at least one sister. She thought it would make him a better boyfriend. Funny she should say that because I always used to tell my husband, who has three brothers, that I wished he’d had a sister. Women have always been a mystery to him and I can say, with certainty, that it holds true for his brothers as well.

When my son was in middle school and my daughter in high school, he had a good soccer buddy that lived in an all-male household. Every time my daughter and her chatty friends were hanging out and the boy came over, you would’ve thought he was struck deaf and dumb. The world of teenage girls was like transporting him to another planet that he never wanted to leave. Needless to say, he spent a good deal of time at our house.

There are some definite advantages to dating a guy who has a sister:

They speak our language: Men with sisters are more attuned to what’s going on with a girl, especially in regard to her problems. When in meltdown mode, a brother knows if they ask if everything’s okay and the answer is “I’m fine”, well, it’s just not true. Guys with sisters translate this and grasp the fact that girls often don’t mean what they say.

Fashion sense: My son is a pretty sharp dresser but that wasn’t always the case. I can’t begin to tell you how many times our family was about to walk out the door when my daughter would look at her brother and ask, “You’re wearing that?” Unless you are a guy with a brother who was born with designer genes, a sister can be an invaluable personal wardrobe advisor.

Comfortable with female stuff: Guys with sisters are used to seeing bras, Spanx, iron hair tools and other beauty supplies men without sisters never knew existed. Plus, it’s not so much of a shock when they’re asked to pick up a box of tampons on their way home from work.

Better communication: Men with sisters learn that women want someone to listen and empathize. And really, what better source of getting the inside female scoop than from your sister her friends? It’s like having an interpreter.

Compliments: Guys with sisters understand that a simple compliment can go a long way. They know without it, their sisters may run up to her room several hundred times to change clothes or may just simply turn into an ugly pouting monster who ignores your every wish and makes life miserable.