The Golden Years With a Nice, Cold Red Bull

Mom has made her life work on her own terms. 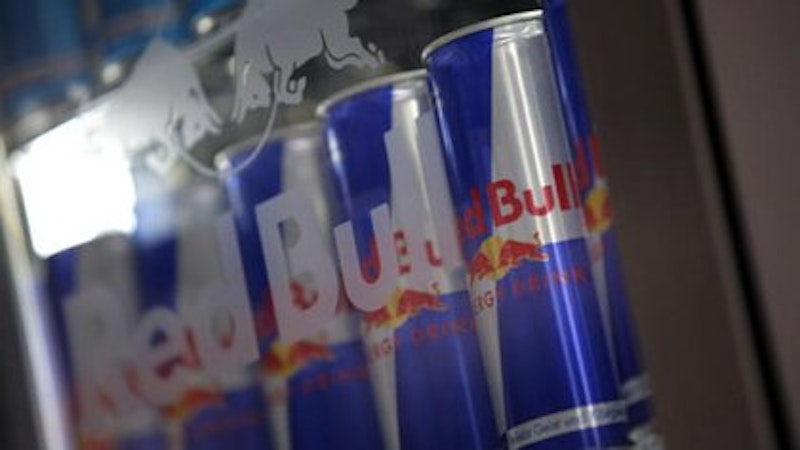 My mom turns 69 in a few weeks. She’s always been a vibrant, energetic woman. In addition to raising my brother and me without a spouse and working as a second grade teacher for decades, my mom had numerous commitments. She stayed involved with the school committee meetings of both the town in which she taught and the town where we attended school. She drove all over the place to drop off and pick up my brother and me as we participated in various sports, sometimes more than one in a given season. And still, she made sure to find time for aerobic dancing. During the school year, it might’ve been two or three times a week. Now that mom has retired, aerobics is nightly. Whereas other people turn to alcohol, drugs or food, my mom turns to aerobics. It’s a healthy addiction, but is certainly an addiction. Try and schedule in a dinner while returning home for a visit and aerobics must be considered.

After teaching my small group of wonderful students last week—female immigrants from Iraq, Yemen, Cambodia, Honduras and El Salvador—I called mom. We’d been practicing for the citizenship test. Now I was headed back home in the old Civic. I needed to stop for gas, but I had new wipers! The windshield was magnificently clean except for the tiny crack that glints in the sun, which came from a stray flying rock somewhere en route back from Ojai a few summers ago.

Mom caught me up on the Passover Seder details. Over 20 family members were there. I wish I could’ve been, too, but I wasn’t. When I first changed coasts, the guilt was thick. It took me years to figure out how much of my guilt was self-imposed, and how much was from mom. Mom’s side of the family came from Russia and Eastern Europe to New York City in the late 1800s. Each family member brought a suitcase full of guilt, in addition to their survivalist ways and other odds and ends from the old country. I learned more about immigration history last summer, while tutoring, and thought about how my mom’s family came just early enough to avoid the tenement living of the 1910s and 20s, before the immigration quotas limited the number of immigrants entering Ellis Island in 1924.

Mom: “I know, but I haven’t felt tired like this before. I started to wonder about Red Bull (mostly joking).”

Me: (laughing) “I think it’s natural. You’ve always been so busy… (news anchor voice) ‘Red Bull addiction out of control among Septuagenarians.’”

When you visit Red Bull’s website, you find the explanation, “Red Bull’s effects are recognized throughout the world by a variety of top athletes, busy professionals, college students, and travelers on long journeys.” Mom is none of the above, unless you consider life a “long journey” and every person a “traveler.”

I’ve felt tired myself lately. My addictions are looking at East Bay real estate and the NBA playoffs, in addition to reading and writing about the NBA playoffs. The first round of the playoffs consists of 16 teams playing eight series. Of the 56 possible games that could’ve been played in that first round if each series was extended to the maximum seven games, 50 games were played. Sixteen days. Fifty games. I didn’t watch every game. No one did. But I did DVR 45 of them. Suffice it to say there was a lot of early-morning, pre-teaching fast-forwarding going on. Boumie, our Keeshond, sighed deeply, knowing the only walk he’d get would come in the afternoon.

I made my turkey and avocado sandwich while hearing more from mom. The stress levels were running high. People weren’t eager to volunteer their services in the transporting of chairs and plates and various other unwieldy and heavy objects. Three flights of stairs. I ate my sandwich, throwing a few bits of sliced turkey to Boumie. I listened. We laughed. Mom didn’t make me feel guilty for not being there. I thought about how much I could’ve helped her with all of the schlepping (and tried not to imagine the stress involved in the whole process). Our relationship has grown and involves much more acceptance than it used to.

Mom never remarried. She’s made her life work on her own terms. She doesn’t like driving at night and refuses to let me buy her a Garmin. But who enjoys night driving? And who enjoys using a Garmin; re-calculating… re-calculating. She’ll be 69 years old in a few weeks, and she’s only starting to accept that slowing down might be part of the bargain. I finish the sandwich. I tell her that I think I’ll write about Red Bull. She’s headed off to pick up her friends, one of them her 91-year-old mentor, a lifelong friend and former school principal. Age is a number. It can be useful to consider and it can be exhausting to think about. I hope I’m 91 someday. Watching the NBA Playoffs and shouting at the television.

—Jonah Hall writes about the NBA and many other topic at www.darkoindex.com. On Twitter: @darkoindex.