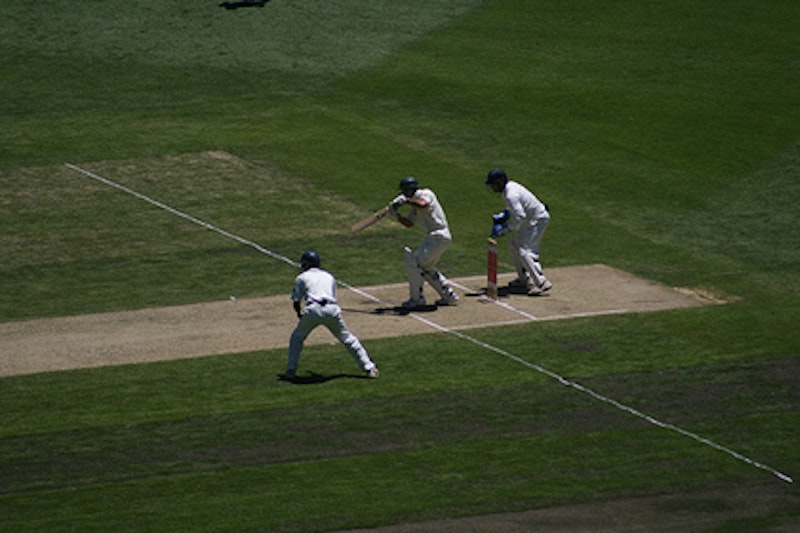 On the strength of Netherland’s sentence-by-sentence power, Joseph O’Neill has already been deemed the inheritor of Fitzgerald-esque linguistic command, a master of complex polyclausal accumulation and metaphorical originality. Critics and blurbs invoke Saul Bellow, as well, for O’Neill’s grasp of modern male disaffection and existential unease. In its sports-centric view of multicultural New York, its author’s penchant for grand statements, and even in its title, Netherland also sometimes recalls Don DeLillo’s Underworld.

These lofty comparisons don’t work in O’Neill’s favor, however, since I suspect many readers will already find themselves wishing they were reading better books while ploughing through Netherland. O’Neill can indeed compose some astute observations of Rococo floridity, but he’s also given to the occasional descriptive clunker:

I almost threw up then and there, at the feet of the gnome. I dropped my head between my legs, sucking in air. It took an effort of will to get up and go onward to a subway stop. Violence produces reactions of this kind, apparently.

These words, like the entire novel, are spoken by Hans van der Broek, a Dutch-born, English-cultured financial analyst living in New York. He moves to Manhattan with his English wife Rachel and their young son in 2001, but “the tragedy” compounds their existing immigrants’ angst with paranoia and fear. They move into the Chelsea Hotel (an improbable move for such a white-bread family) and soon Rachel retreats with the boy to her parents’ home, where they live for the next two years as Hans stays in Manhattan to brood, occasionally cheat on her, and play a little cricket on the weekends.

As a narrator, Hans is able and erudite, especially as the novel begins. The descriptions of his childhood in The Hague are particularly poignant, but as Netherland wears on, the same erudition and poise signal a formal misstep: by choosing a first-person narrator of such gravity and syntactic command, O’Neill undermines Hans’s inner turmoil. The novel has the ingredients of a Henry James-style psychological melodrama (particularly with its multinational concerns), or even a belated coming-of-age story, but it stays at the same unhurried, casual simmer throughout, to the point where Hans’s emotional low point is comically anticlimactic: “I think it’s customary, in the kind of narrative to which this segment of my life appears to lend itself, to invoke the proverb of rock bottom.”

This statement and the passage above embody everything that’s wrong with Netherland: it is a novel about big things—life, marriage, family, tragedy—and how we react to them, yet it’s told by a wholly unsympathetic rich fop, in a voice that sounds like he’s reclined in a leather chair, blithely twirling a brandy snifter that he sips during chapter breaks. He’s given to self-important aphorisms and exaggerated similes: “Strange, how such a moment grows in value over a marriage’s course. We gratefully pocket each one of them, these sidewalk pennies, and run with them to the bank as if creditors were banging on the door.” He expresses amazed disbelief when a Trinidadian friend shows him the more ethnic neighborhoods in the outer boroughs. Most egregiously, he points out that his ranking in Institutional Investor magazine remained stagnant at #4 as proof of his difficulties: “my private reaction was almost one of bitterness.”

That’s Netherland in a nutshell: the painfully upper-class pseudo-suffering of one white man passed off as somehow universal, with any sense of drama undermined by his interminably droll tone and constant qualifiers. A better writer—Bellow in Seize the Day, for example—would approach such a cartoonish protagonist with at least a modicum of skepticism and judgment. O’Neill’s Hans, however, is never meant to be taken at anything but face value; his apothegms and attitudes are his author’s.

Any self-serious novel like Netherland requires an adequately bludgeoning central metaphor, of course, and for that O’Neill has chosen cricket. The Trinidadian friend is Chuck Ramkissoon, an immigrant and entrepreneur who wants to found the New York Cricket Club, in which all the Indian, West Indian, Pakistani, and Dutch immigrant cricketers can finally play on a decent field in the city. The metaphor, obviously, is of the immigrant’s search for his own piece of land, a point we can’t miss since O’Neill belabors the image in an early speech by Chuck:

We are playing this game in the United States. This is a difficult environment for us. We play where we can, wherever they let us […] Just today, we started late because the baseball players have first right to play on this field […] It doesn’t matter that we have more than one hundred and fifty clubs playing in the New York area.”

Chuck, whose other businesses include illegal gambling, is dead (in the water, actually, like Gatsby) at the novel’s outset and his story is told in flashback. Such is the fate of immigrant dreamers in ruthless America according to O’Neill, and his America is thus shown in a series of surprisingly cruel grotesques for a consciously post-9/11 novel: DMV customers are “a perpetually reinforced enemy” to the disgruntled employees; ice on the Hudson strikes Hans as “a kind of filth”; the “bloodless clamor” of Las Vegas is attended to by workers who exude “limpness and solitude.”

It’s Hans, however, who exhibits these last qualities. Netherland is the kind of book where a single privileged man’s malaise is confused with emotional urgency. O’Neill shares his protagonist’s multinational biography and has been touted as an English-language ambassador for a new globalized literature, but he more closely resembles the American male navel-gazers like Roth, Updike, or Mailer, and he even includes one sex scene where a woman begs to be hit as if to prove himself within their ranks.

Nick Carraway opined how Dutch sailors saw a continent “commensurate with their capacity for wonder” and it was turned into a playground for capitalist sharks like Jay Gatsby. But in Netherland, we see an equally frightening outcome of American-style exceptionalism, one where a Dutch writer’s hero is placed in a vanilla milieu commensurate with his capacity for self-absorption.


An earlier version of this article appeared in the Fall 2008 Rain Taxi Review of Books.