This shouldn’t be my responsibility, I’m a wife with enough on her plate. 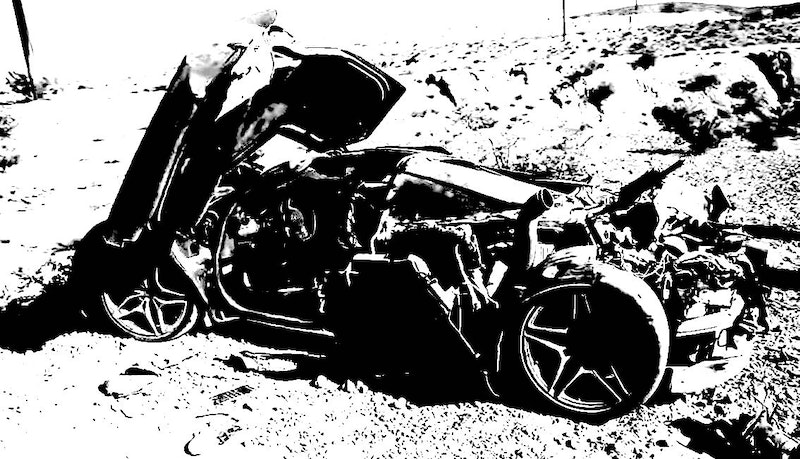 “Are we there yet?” Roo was already being sarcastic and we hadn’t even gotten out of Massachusetts yet. “ARE WE THERE YET?” I told him he doesn’t have to shout, but he does, and often, in fact for most of New Jersey I have to hear a very lame and annoying impression of me, asking a simple question during our journey. It may have been 10 minutes after we left, and I may have been a bit fresh, but four hours of harassment? If I was less of a benevolent bitch and more of a manipulative hoe, I’d rat Rooster’s ass to TMZ and tell them that a celebrated avian author is beating his wife to a pulp and refusing her basic necessities like water and feather products.

But I love him. And he loves me. You’ve seen his tweets: “I love my wife.” That’s what he says when he knows he’s screwed up, or after I’ve already told him he’s screwed up. It happens often—like when were on our way to New York and he missed an exit and ended up in Delaware. I was knocked out (hens need their beauty sleep), but apparently Rooster was so caught up in driving forever just to drive me crazy because he doubled the length of our trip. Whether or not it was an accident is irrelevant. I want my soy wrap and my big beet. I’m a hungry, hungry hen, and I’m sick of truck stop options.

It wouldn’t be legally advisable for me to recount exactly what happened to Rooster after I woke up and discovered his error, but he was sufficiently hemmed in by the next day and willing to not only let me drive but take direct instructions. “Go get me a pack of Marlboros.” He insisted that I didn’t smoke, I told him that he was gaslighting me (true). “27s. And no they’re not just for teenagers.” He got out and came back with my cigarettes and Reese’s Big Cups. “These are disgusting, but you can have them.” He threw them at me. Threw. Unbelievable. This is a bird who allegedly wants to “save” and “redeem” his drug addict criminal cousin who’s never done a good thing in his life and contributes nothing to the world.

“Wouldn’t Earth be a better planet without Bennington?” I’ve been advised that I can indeed recount what happened next: Rooster took the wheel, flipped the car, hit a small child and a doe (RIP the doe), and landed in a ditch. Somehow we both made it out of the accident with no injuries, but it certainly delayed our travel plans. Upside down in the banana boat (I love our car but we really need to start driving one with a floor), I asked Roo what he thought we could do for Bennington. He seemed genuinely happy in those letters, and even if it was wishful thinking on my part, wanting to get him out of our lives for good, I really believed it. This “Polly” bitch seemed like a positive influence.

And then Roo looked at me with the solemn intensity I only saw at crucial moments in our life—marriage, miscarriage, birth, death, all of life—and said that it was his duty to find Bennington because “he’s family.” I reminded Roo of all the bad things Bennington has done to us and other people. He waved off everything done to other people and shrugged regarding us. “He’s my cousin,” he said, “and I love him and want to save him.”

I told Roo that he we should probably get out of the burning banana boat and catch a ride on the highway. “Monica, you know people don’t hitchhike anymore, especially for birds.” Normally he’d be right, but luckily we were near Rehoboth at the time, so I just grabbed one of those rainbow flags from a storefront and started waving it around at an intersection. We were on our way to New York by noon.