We Are Our Parents' Children

Jesus is fine, but know you can find your own path. 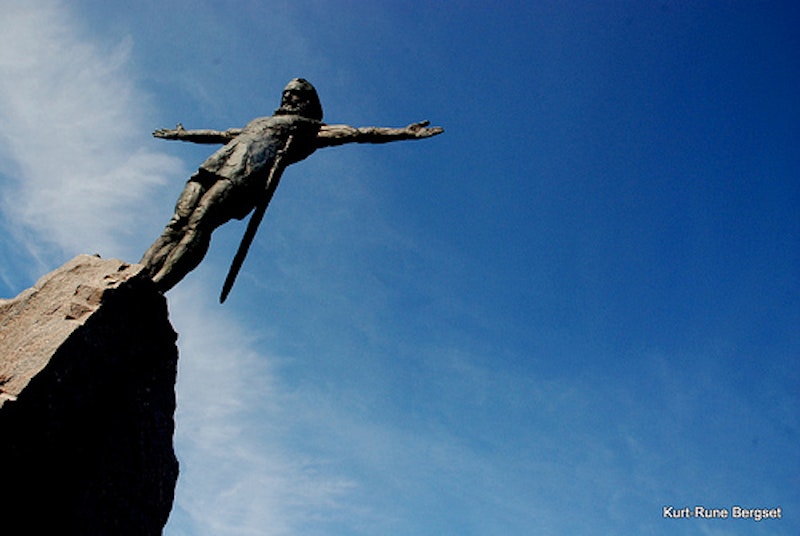 I was nine years old when I found out that Santa Clause doesn’t exist. I don’t know why my father chose the moment he did to drop the first real disillusionment bomb in his twin daughters’ lives, but he told Betsy and me on a summer day that was so far removed from Christmas that the words coming out of his mouth hurt not just for the truth but the shock. It wasn’t yet the part of summer when malaise takes over and even the community pool offers refreshment but little else, we weren’t even thinking about Christmas, much less evaluating our behavior over the past 12 months to assess our chances of seeing matching black and neon green Rollerblades under the tree. There we were, fresh from fighting a battle in a neighborhood where alliances were as flexible and ever changing as governments, and in a single moment we entered the adult world of the disillusioned. Our dad softened the blow, "There’s no Santa," with the caveat, "And there’s no Jesus!" which we already knew.

My parents are not religious. The combination of two fairly traditional religious backgrounds—she was raised Catholic, he was raised Baptist—ensured that their children would have only a cursory awareness of religion. If not for the prevalence of religion in our conservative hometown—warnings of eternal damnation are broadcast from billboards on I-40 with statements like, "What if Jesus had been aborted?"—I suspect I would have started college wondering why so many people wear ts around their necks. As it was, however, our brother Adam, Betsy and I could not be shielded from the Christians around us. I learned about baptism the same day I learned that I had a one-way ticket to Hell that could only be refunded if I let a preacher dunk me in a river in a white dress in front of people holding snakes and convulsing.

As unappealing as dresses and getting water in my nose was, learning that Betsy and I would be the sole third graders to spend eternity in that underground hotbox was seriously depressing. I became convinced that my only way off the heathen cafeteria table was to be re-born, the mere idea of which was confusing because even if my mom wanted to go through childbirth again, there’s no way I could fit in her womb. When I approached mom about my fear of forever sunburned isolation, she quietly told me that it was fine if someday I wanted to join the church, but there was plenty of time to think about it. She made salvation seem like drinking or sex—adult things that I was free to choose but shouldn’t until my gray matter stopped growing. My dad said the only reason to go to church is for gospel music and cornbread, before reminding me about our family mascot, the HMS Beagle.

Our rejection of religion in a religious town made us different. My parents didn’t teach us the Golden Rule; they taught us Kant’s categorical imperative. When my dad and I took walks in the evening, we talked about the history of human evolution: australopithecine, Homo habilis, Homo erectus, Homo sapien. I knew that our short and furry ancestor Lucy was named after a Beatles’ song before I knew long division.

But even though our parents rejected religion in their own lives, they realized that banning us from attending church was not a battle they should invest a great deal of ammunition on. Their son wanted to go to youth group because all his friends did? Fine. At least that was be a couple of hours the local cops wouldn’t harass him for skateboarding. So Adam went to a church basement every Wednesday evening, surely less interested in Jesus than in the youth groupies. Adam’s Christian education included watching a film that claimed that rock ‘n’ roll music can boil an egg. The intention of broadcasting this dubious fact was supposed to scare impressionable youngsters that if the Rolling Stones can turn raw eggs into brunch, it can likely do the same to your brain. Adam decided to expose the truth through his eighth grade science fair project, titled “Can Rock Music Boil An Egg?”

There was a brief time when religion was the cause of a strange family dynamic. As a junior in high school, Betsy attended a protest at the School of the Americas, a Georgia military operation that trains Latin American soldiers and police to violate human rights in support of American interests. Betsy spent much of the protest with Jesuit priests and nuns who risked their lives working for justice in Latin America. They were married to God, yes, but they also fought a corrupt establishment. Betsy was inspired. When she returned home, she said she had something to tell us. I braced myself for her confession of lesbianism, sure that she was going to stop shaving her legs but the next words out of her mouth were far more shocking: I’ve found Jesus. No one knew how to respond to this. It was the ultimate rebellion. Indeed, years later, when I was gently prodded out of the closet, it was essentially a non-issue. When I asked my mom who told her, she said, “No one. Your father has gaydar.”

Betsy lost Jesus after a few days, but there were, of course, other acts of rebellion: staying out late, underage drinking, smoking weed out of homemade bongs after our parents were asleep. But one thing has never changed: we have never forsaken our parents’ values—their beliefs in freedom and equality, respect of science and reason, suspicion of authority, and interest in the world. My parents gave up the dogma they were raised with. My mom left Catholic school after she was kicked out of her senior prom for bringing a black date. My dad’s teenage involvement in the Baptist Church ended after a summer working in a kitchen at a Jesus camp. He talks more about the butter sculptures he built in the slow hours than then any religious element of his summer job. I have friends who have rejected the gods they were raised to believe in and others who found religion later in life. But I have nothing to rebel against. I agree so fundamentally with my parents on the things that comprise my sense of right and wrong that the rejection of the values instilled in me is as likely getting pregnant by my girlfriend. Why rebel against reason, against justice, against equality? They raised us differently, but they raised us well.