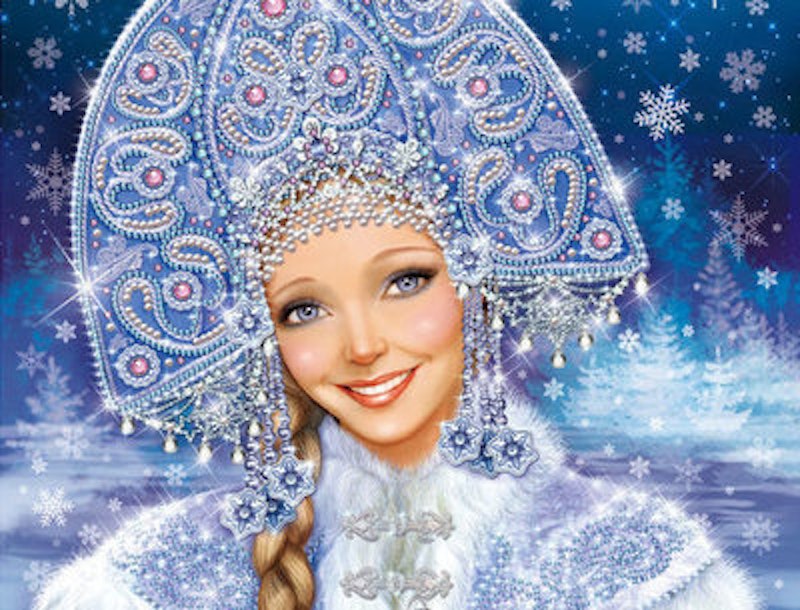 Christmas approaches—the real, Russian Orthodox, Christmas, not the December 25 pagan bacchanal of consumerism dreamed up by the Galician Jews of Tin Pan Alley and New York City retail. Here at our Benedict Option homestead in rural Indiana, Mother, Brother Aiden, Sister Marie, and even Daughter are deep in our preparations for the Great Feast of the Birth of Our King on January 7.

Mostly our preparations have been, in the decade and half since we converted from Methodism to Russian Orthodoxy, scholarly. That is, we’ve been researching the ancient Christmas traditions of the Russian peasantry (the holy narod) with the goal of practicing, and embodying, them ourselves—as best we can, that is, given that we inhabit not the sacred space of pre-Petrine Russia, but the degraded landscape of Late Imperial America, an unholy capitalist sprawl where Virtue is as rare as a good pair of bast peasant leggings.

Yet we do our best, and I can say truthfully that it’s been good enough. Thus, from the very beginning we’ve adhered to the vegetarian Great Russian menu of Christmas Eve, serving the 12 dishes (the sweetened wheatberry porridge, the meatless beet soup) in honor of the 12 Apostles of Our Lord. On Christmas Day we have long enjoyed the sweet bread known as kalach as well as such peasant holiday delicacies as stuffed pig’s skull and tender pork knuckles suspended in mild aspic. It took us a few more years, however, to begin to practice the traditional Christmas Eve Imprecation of the Cosmopolites.

And it was only five years ago, after Daughter had finally outgrown “Santa Claus,” that we banished from our Christmas decorations all images of that fellow, who—fat and no doubt diabetic that he is, a prophet of conspicuous consumption—is among the worst of a poisonous American pop culture’s spirit-killing contributions to world “culture,” if culture is the right word. No, here at our homestead we instead embrace the traditional Russian gift-bringer, Ded Moroz, in his robes of blue.

I should add that we’ve had to banish Ded Moroz’s traditional child consort, Snegurochka, the Snow Maiden. The sad fact is that, a couple years ago, Mother apprehended Daughter in the act of pleasuring herself to my own distinctly chaste and un-saucy drawing of Snegurochka, which I’d hung between our Christmas tree and our household iconostasis. That spelled the end of the mythical little girl’s presence in our house—although I seem to remember that Brother Aiden fished the drawing out of our communal compost heap, for purposes that remain his business alone.

At any rate, Christ is born! Khristos rozhdayetsa! Glorify him!  Slav’tye yevo! My especial Christmas greetings to my fellow Old American converts to the one true religion. I have in mind those fine horse-faced paleocon pundit snufflers Scott McConnell and Professor Daniel Larison, the latter (of course) supreme among American experts in Slavic history and in the philology of the Slavic tongues, including the degenerate Belarusian and Little Russian dialects.