Had Alan Cabal ever visited me here in Indiana, I would’ve treated him with Christian charity. 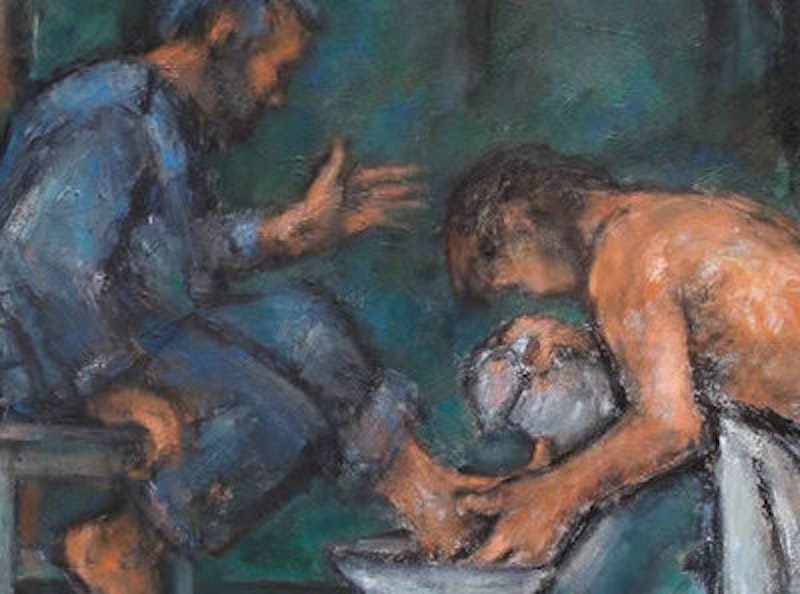 Alan Cabal has apparently been drummed out of his position as a regular freelancer for this website. His ostracism was effected by other contributors to the site, contributors who it seems subjected him to a campaign of vilification that, as a sexagenarian with a weakened constitution, he could no longer tolerate.

It was a matter of time before the left-wing hyenas who post here would contrive to drive out Cabal. All along I could see them in my mind’s eye, tweeting up their firestorms of intolerance from their smartphones as they reclined on their couches in the gentrifying slums of Brooklyn, Washington, and Chicago, pleasuring themselves listlessly with their free hands to fantasies of Paul Krugman, their little bellies bulging over the waistbands of their underpants.

Not that I’m a fan of Cabal. How could I be? Cabal, by his own admission, is a deviant, a Satanist, and an abuser of hard drugs who seems to have spent a significant part of his life as an aimless drifter. Even that common ground that we supposedly inhabit—our mutual reverence for the Russian Federation—might not be as common as it looks. Cabal’s Russophilia seems to be a vulgar enthusiasm, whereas mine is a matter of intellection ballasted by religious faith: I rationally consider that, of all models for society, the Russian Federation’s is the most likely to tend toward the establishment of the City of God here on earth.

But that’s by the by. What’s important here is the cruelty with which Cabal was chased by jackals from the writing post that, I take it, provided much of his regular income. And all this, because, in his powerfully written if insane dispatches, he offended the minuscule orthodoxies of his literary (and who knows? maybe even moral) inferiors.

Had Cabal ever visited me here in Indiana, I would’ve treated him with Christian charity. I would’ve informed him of the Good News: that God loves him, and sent to the earth his only begotten Son to die, flayed of his skin, on the cross in expiation of Cabal’s own sins; that RESSURECTION, to use a Tolstoyan word, awaits Cabal if he accepts the truth of the LOGOS.

Falling to my knees, I would bathe Cabal’s feet, drying them with my what’s left of my hair, then salve with the balm of Gilead his anus; then I would bid him, having confessed his transgressions to a Russian Orthodox priest, accept Holy Communion. For though a man might wander, he is not lost; though he might stumble, he does not permanently fall.

O SHAME YOU GENERATION OF VIPERS – FOR BY YOUR WORDS YOU SHALL BE CONDEMNED.

Last year the American paleoconservative community was full of happy rumors about our most illustrious member. The talk was that Professor Daniel Larison, the learned American-born (indeed, Old American) Russian Orthodox theologian and world-famous Slavicist who had charmed us all over the years with his wonderfully droning apologies for Kremlin brutality in the Russian “near abroad,” was on the short list for a leading academic position. This was a position of a prestige commensurate with his genius and almost super-human learning. But time passed, and it turned out the rumors were just that—rumors. Dr. Larison remained a blogger for The American Conservative. There was no Ivy League full professorship for him in the making.

Until now, that is! Well—maybe. Having been “burned before,” I hesitate to ascribe truth to the latest scuttlebutt. But the fact is that the Russian Orthodox grapevine is alive with the story that Dr. Larison is to be offered the Miriam & Hyman J. Moskowitz Chair In Russian Orthodox Apologetics and Imperial Great Russian Integralism at Yale University. If true—if!—this will a major coup for us Russian Orthodox Christian believers, and proof that an indigenous American white cisgender male like Dr. Larison can still succeed in our corrupted academy.