My baby is suddenly a young adult. 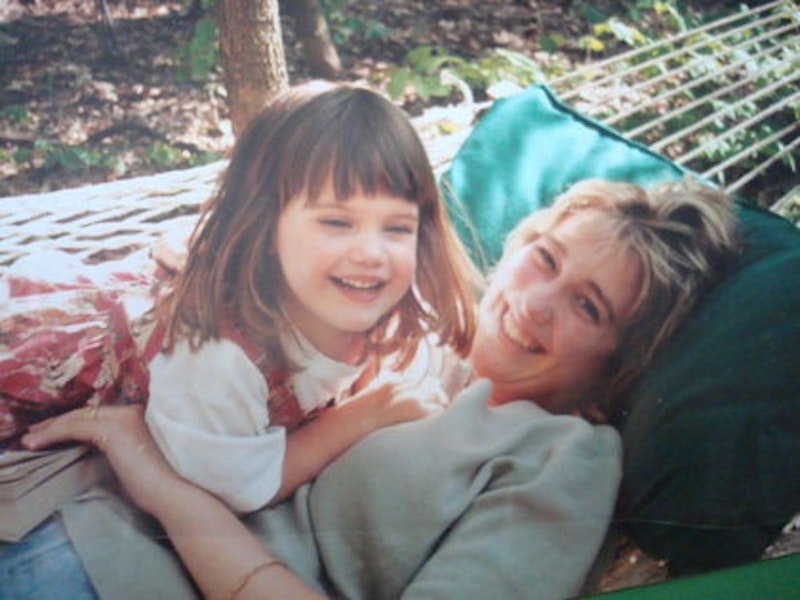 Twenty years ago this week I became a mother. I’ll admit I didn’t take to the idea right away. For some reason, the hippie doctor who delivered her had me “reach down and bring your baby into the world” which I hadn’t signed up for (wasn’t that why he was there?) but did as I was told. She sort of flopped onto my tummy and immediately started bobbing her head to get to the food. I tried not to think of Sigourney Weaver and Alien.

It didn’t take long for me to fall completely in love with her. She was an easy baby, slept through the night (or at least I did) by six weeks. She talked in sentences before she learned to walk. She grew to be a brilliant and beautiful and funny child; her teachers all adored her. She announced at 12 she was going to be a vegetarian, and at 16 a vegan. She’s always had a mind of her own, one I admire. She is compassionate, an amazing singer, an activist, a talented writer.

The road has not been easy for her. A few of her early teen years were spent in a throat-clenching parental state of trauma and drama. A few times I thought we would lose her, and there is no way to describe the horror of the possibility that your child might die. She was in a near-fatal car accident and was sent in a helicopter to shock trauma. The fire chief called to tell me to meet them there, and I didn’t know if she was alive or dead. The nurse in the elevator on the way up told me to prepare myself for what I might see. When my daughter saw me, her face completely covered in blood, her head and body strapped to a board, she cried, telling the nurse she didn’t want me to see her this way, and I thanked God her brain understood that. Makeup today can hide the stitches she got across her face, mainly because I insisted on the best plastic surgeons. Nothing can hide the scar that runs across her shoulder where titanium was inserted to replace her collarbone. The recovery from the accident was nearly fatal in itself.

Though she has too many scars for a young woman of 20, each one represents her strength, her willingness to fight another day even if she didn’t know what the new day would bring. Her scars are the tattoos of her survival.

I’m a mediocre mother at best. I’m not patient, I yell too much, sometimes I feel I don’t know what I am supposed to be saying or doing. But I love my daughter, and the three kids who followed her. I can only hope that how much I love them offsets any psychological and emotional damage they may have suffered by having me as a mother. It’s easier now than 20 years ago, simply because I’ve lowered my standards. In two decades, I’ve learned some things. I nod appreciatively at mothers who make homemade treats for classrooms; I’ve learned the classroom needs the plastic forks, cups and napkins just as much. I’ve learned the school fundraisers are not mandatory, neither is the science fair where most exhibits are completed by parents anyway. I’ve learned to let kids try things for themselves, even if I know sometimes it means they might fail. I’ve learned listening to them is better than talking at them.

Today my daughter is one of my best friends, even though that’s not what you’re supposed to do as a parent. If I’d known how to do anything in a better way as a mom, I would have. But I raised a hard working young adult who is artistic, thoughtful and who most importantly is a kind, loving human being.