Catch the wave and stay cool with these hot summer trends! 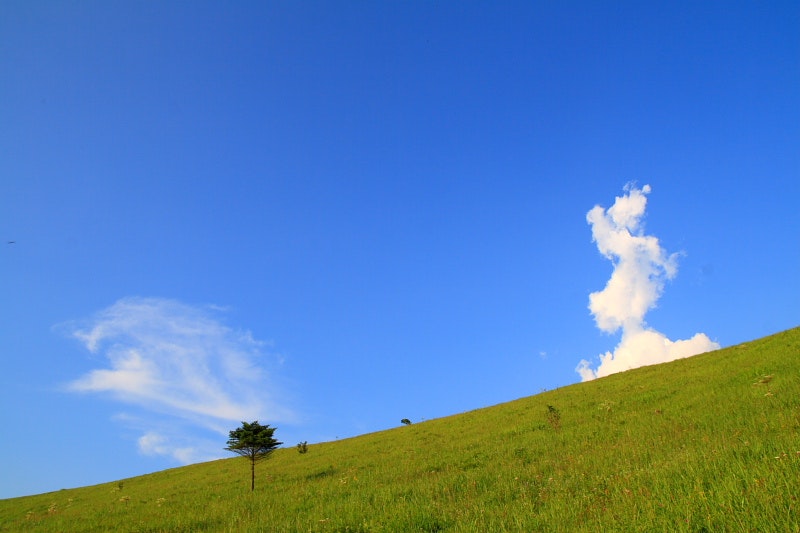 When you think, “hot summer look” what kind of person comes to mind? Probably a high school science teacher. No science teacher on earth is hotter than Walter White, TV superhunk Bryan Cranston’s character from Breaking Bad. From his weird facial hair down to his earth-toned Clarks Wallabees, Walter White knows that becoming embroiled in vicious narco-trafficking and gang violence is all about one thing: casual elegance.

This quintessential 1980s art house movie has come roaring back after an inexplicable, decades-late name check in The Simpsons (“Stealing First Base”). A wordless, visually stunning meditation on the environmental ravages of humankind, Koyaanisqatsi features a bombastic Phillip Glass score, smiling Vegas cocktail waitresses and tons of hot, steaming buttes. The trend part: playing the DVD version on a loop on your 64” plasma screen TV while you’re at work.

A mysterious Texas haberdasher, Kent Wang stocks some pretty nice pocket squares and these mind-blowing 100-percent wool socks made by Corgi in Wales. Jesus Christ, these socks. They reduce me to a state of infantile adoration. Wearing them feels like inhabiting the Lacanian void at the center of desire. It’s like getting a whole new category of garment you can wear—these are not “comfy socks,” they’re a different kind of sock that makes all other socks look and feel like utter shit. They come in a variety of amusing colors too, including (really) one with stripes in the standard color and order for croquet balls.

Think croquet is a sport for kids to play during barbecues? Think again—try it in the pitch darkness! Also, you’re super-drunk! Good luck seeing those socks!

“Honey, does this shirt look damp enough? It doesn’t?”

A few years ago, when I was living in graduate student housing at Princeton, I noticed that the glands behind my jaw had swelled to the size of ball bearings and were causing me to experience pain on a level higher than the usual amount experienced by graduate students. The fact that this pain expressed itself specifically through a location in the body, rather than generally through weeping fits and being unable to sleep, worried me. My girlfriend at the time told me that it was nothing to worry about and that I should stop being a pussy, but after it persisted for a month I went to McCosh health center. The physician’s assistant there checked me out and said that I had a “calculus” in my salivary ducts, and that I should attempt to dislodge it by sucking on sourballs 24/7. The treatment worked, and later I broke up with my girlfriend, so I’m single AND able to salivate normally now, ladies.

Anyway the trend part is everyone should get some sour balls and we’ll see where it goes from there.

Has anyone else ever seen these classic, squared-off sunglasses? I think they would just look really neat with almost any outfit! If only they came in postmodern, ironic colors.

E. E. Evans-Pritchard’s The Nuer, read as a culinary guide

This lyrical, classic ethnography cemented Evans-Pritchard’s reputation as a brilliant, original voice in early 20th century anthropology, but it also contains a recipe for cheese made from milk, blood and urine (I think cattle urine). During my graduate pro seminar (a few years before the saliva duct incident) the inimitable James Boon asked the class to discuss The Nuer, and I volunteered the fact that the cheese recipe was “gross.” Professor Boon did not feel that my comment showed a deep insight into E-P’s work. I’m trying to do penance by promoting Nuer-style cheese. My target markets: Williamsburg and San Francisco.

Collar stays are small stiffeners that fit into pockets sewn onto the bottom of the collars of men’s dress shirts. They keep the collar looking pressed and pointy. A few years ago I learned that many women do not actually know that collar stays exist. I was having lunch and I removed a collar stay for some reason, and my dining companions reacted as if I had produced a ribbon of ectoplasm. Stays that come with the shirt are usually plastic, but think of how dramatic my party trick would have been if my collar stays had been made of expensive, thick mother of pearl! I just know that if I could get some mother of pearl collars stays I would be truly happy!

Letting dogs stand on your head

I thought this was the one about Henry VIII boffing a succession of bug-eyed waifs, but apparently it’s about a big nosed, shrill girl singing Lady Gaga songs with Idina Menzel. For me, this is win-win.

A special Teflon-coated wool fabric woven underwater by spiders equipped with cute little miniature SCUBA tanks, Aquaspider is the go-to choice for people who want a suit that they can wear and then hose off in the back yard. Aquaspider is ALSO a patented mesh dome that you can put over your pool, I guess to protect it from spy aircraft. Guess what? Both are super hot this summer!

You know, for my entire adult life I thought of Heath bars exclusively as an ice-cream topping, but you can actually get them in bar form and they are sublime. I get mine at the CVS in the Capitol Centre in Iowa City, and every time I buy them I have to enter this complicated dance of bad faith with the nice older Greek (or maybe Syrian?) man at the cash register. Most of the time the Heath bars are two for a dollar, but only with the CVS discount card. I once had a CVS discount card, maybe in 2002, and I have certainly lost it. I know that CVS has a house card that they will swipe for you if you don’t have yours with you. I am for some reason unwilling to get a new discount card (which would be simple) and I am too shy to ask directly for the cashier to use the store card, so every time I buy the Heath bars (and I never buy anything else at CVS) I get into a long conversation with the cashier about how I got my card several phone numbers ago and am not sure which number is associated with it. We try several numbers, they don’t work, and eventually he gives me the deal on the store card. If this isn’t a hot summer trend I don’t know what is!