Towson Juvenile Delinquents in the Snow 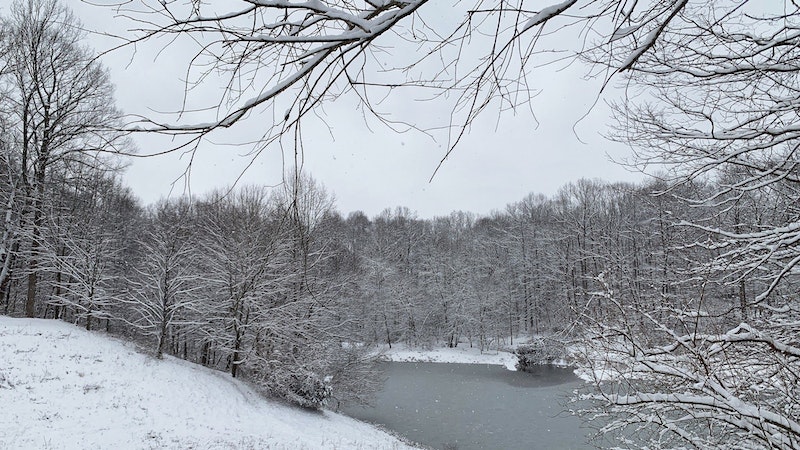 I grew up in the 1950s in the occasionally infamous Baltimore suburb of Towson, MD, a time before global warming was recognized. Many winter days, I woke up at first light to the odd squeal of a car tire spinning on ice. I’d look out my bedroom window and see a landscape of snow-topped bushes. No commuters. The road was useless, buried under a blanket of white.

I was joyous: no school, snow day for sure! Screw the assignments that I didn’t do last night. It was a pardon. I lived in development of Rodgers Forge where the rowhouses were packed tightly, and thousands of walks needed shoveling, endless old couples who never went out in the snow.

“Would you like your walk shoveled?” “How much?” “A dollar.” “Go ahead.” If their car was parked on the curb out front, they’d want that dug out too.  Another buck, and if the snowplow had already come by, another buck to shovel the extra snow pushed against it. The richer people wanted their back walk shoveled, to get to their garage. The jackpot was a corner house with not just a sidewalk out front, but one on the side too. You could sometimes make up to $10 on one house. That kind of money turned nice 10-year-old boys into blood-sucking capitalists.

We had many ways to maximize profit. First, if it was still snowing, you knocked on the doors anyway. If the people were foolish to enough to give you the job, you could always come back later to shovel the fresh layer—double dipping. If you were shoveling out a car, you’d chuck the snow to bury the one next door. Then you’d knock on that door and show them how buried their car was, guaranteeing another job. You could work your way down a whole block that way.

Some houses had long stretches of sidewalk that wrapped around the corner of the block, and the owner would never check on the quality of your work. So the kids would just brush a thin path, and cut their work in half.

The idea was to be done by noon, take your loot to the little shopping center and Rudy’s Deli for a hamburger, French fries, a large hot chocolate, and a fresh wax-paper-wrapped pack of Tastykakes.  A buck went into the jukebox. We bought copies of the latest Cracked and Mad magazines. Finally, we packed our pockets with enough candy bars to get through the afternoon.

Sometimes we’d go down the dirty flight of stairs under Rudy’s, to the Stoneleigh Bowling Alley, for a few games of bowling. It had small duckpins, a Baltimore specialty, and great for pre-teens who could recklessly loft the balls halfway down the alley. They’d land with a really loud crack, and sometimes bounce into the neighboring lane, causing big trouble.  It drew the attention of the manager who threatened lifetime bans that we knew would only last a of couple days.

The bowling alley had a few ratty penny arcade games, from the 1940s.  Supposedly the pinballs paid off in cash, if the manager knew you, and were old enough to not tell your parents. It was a secret society that pre-teens weren’t privy to. But some older, mathematically-minded teens had discovered a sequence of button pushes that would trigger an endless loop of adding points. It was the only visible benefit to us for studying science.

Afternoons were for messing around in the snow. “Hopping cars” was the hands-down favorite for making trouble. One corner in the neighborhood had a traffic light. We’d lurk there until a car stopped, then dash in, crouch, and grab the rear bumper. When the car pulled out, we’d slide on the ice and slush, moving along at a dangerous clip. A couple of times, an old beater’s bumper broke off in our hands, and dropped us.

Sometimes, our weight wouldn’t let the car move. The driver would crank down his window and yell, “Hey, get off the car.”  He’d gun the engine, and cover us with dirty slush, sending us home to change into dry clothes, and then come back for more. There was always the threat that the driver would get out of the car and chase us down the street. Someone might get their head cracked open, or leg run over too. Then we could pull the fire alarm box on the corner, and watch all hell break loose. I loved snow.