Blank and glazed-over poison filled eyes glare right through you into space. 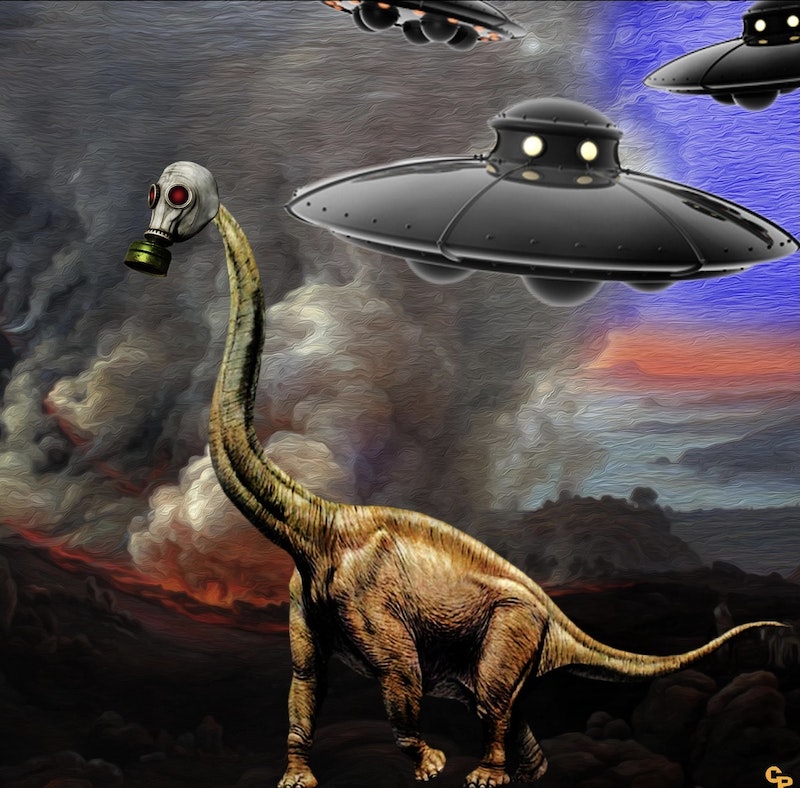 It was reported in 2020 that earth’s spinning faster on its axis than at any other time in recorded history. Discussion is under way to shave one second off the official Atomic Clock. The other standard time keeper that officiates the world’s grand finale, the Doomsday Clock, was moved forward 100 seconds closer to midnight. The closest end time since it was first set in 1947. What’s a few ticking wobbly gyrations between clock cousin vortexes? Turning in a vacuum while dancing with the grim reaper in the grand continuum ballroom of galactic revolutions.

Nobody listens to science, ignoring solid facts; they only want fast food and faster cars and the fastest way to save time. There’s a revolving restaurant in downtown Baltimore high atop a Holiday Inn that stopped turning. The round-eating establishment no longer moves in a circular motion like the bendy hands of a Dali clock. This persistence of time has nothing to do with those strange metal monoliths popping up lately in remote locations around the globe. Although it’s entirely possible.

The most recent monolith was discovered in Romania. I asked old friend Romanian poet Andrei Codrescu if he’d seen the news article about this discovery of yet another metallic anomaly. He replied it was either art or an advertisement for Vodka. Or both. He’s probably correct. In either case it’s funny to consider a bottle of Romanian vodka with an image of the monolith pictured on the bottle. Sporting a brand name like Space Odyssey 2021 or some corny sci-fi moniker to promote hooch. When it comes to vodka I’m down with any explanation and I’ll drink to that unless it’s hand sanitizer.

Meanwhile, back on earth there’s a lot of speculation about the heavy metal monoliths. One hair-brained theory is they were planted by space aliens. Maybe a gift or a cryptic greeting. So far the origin is unknown and open to interpretation by our wisest scholars and expert scientists. If it’s art, why? If it’s of alien design what purpose does it serve? Everybody loves a juicy UFO mystery to ponder or debunk.

Maybe it’s a prop erected by pranksters to make people believe crazy conspiracy theories. It’s from outer space or the future. Video footage recently surfaced. Camera pics from some unknown location in the Utah desert shows men hastily disassembling one of the strange monuments for removal.

When the world suddenly stopped its business about a year ago (due to the pandemic) no one believed we’d be stuck in this place we’re still trapped in now. The brakes slammed down hard and we skidded into tomorrow’s roadkill, followed by the next day and the day after that, stepping in it, walking on eggshells, thin ice, etc. Days became weeks into months and now we’re no better off then we were yesterday, last year or tomorrow. It really shouldn’t surprise anybody if the dinosaurs returned with a vengeance, riding high on flying saucers while guzzling cheap beer hyped on crystal meth and blasting Kid Rock, Ted Nugent and Vanilla Ice. Baby, it don’t get much whiter than that. Unless you like The Village People.

What a proud moment it is for them.