Things I Learned By Skimming Two Issues of Architectural Digest 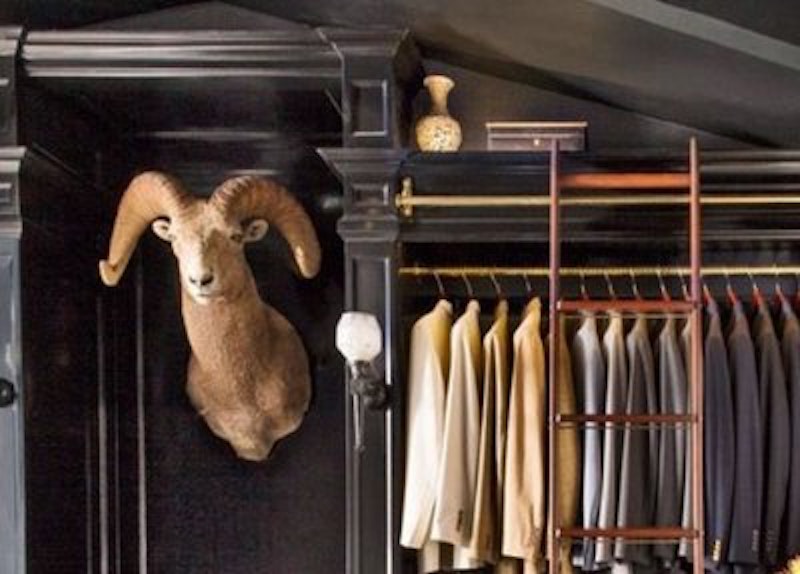 Inexplicably, copies of Architectural Digest have begun to materialize in my mailbox of late: thick, glossy editions full of tasteful spreads celebrating the palatial estates of carefree, monied elites. I’ve no idea why I’m receiving this magazine. It’s not as though I fall into the target demographic; I don’t own a home and am not in the market for one, I don’t have a lot of disposable income. It’s possible that this is some friend’s weird idea of a prank, but I doubt it.

None of this changes the fact that I am fondling the March and April issues of Architectural Digest and wondering what the heck I’m supposed to do with them, other than shrug or giggle. Anyhow, I skimmed them; unsurprisingly, there’s way more advertising than actual journalism. While not quite as soul-deflating or eye-rolling as near-parodic New York Times dispatches chronicling the house-hunting foibles of trust-funders and yuppies, the Digest is certainly capable of cratering one’s mood when consumed in the confines of a ramshackle apartment house unit. Here’s a little bit of what I learned:

—The Patek Philippe Grandmaster Chim Ref. 5175 totally looks like the kind of watch Guy Pearce would rock in The Time Machine.

—What the heck does Lincoln Black Label have to do with modern douchebag loft chic?

—In a concession to Carpal-tunnel syndrome, sculptor Alma Allen now employs a robot to carve his masterpieces.

—About the den in the renovated townhouse he shares with his husband of 12 months, Neil Patrick Harris exclaims: “David wanted this room to feel kind of like an adventurers’ club, filled with oddities and random things, which fits right into my world because I love magic and carnival freaks.” There’s also a blue Keith Haring chair in their bathroom, because, why not.

—So apparently Tommy Mottola wed another pop bombshell Person of Color and is a self-proclaimed “serial psycho builder.” They own Harings, too, but theirs are creepy and political.

—Decorator Alexa Hampton’s first-person account of combining multiple apartments includes this gem: “Once Pavlos asked for a green dining room, I didn’t feel right having just one colorful space, so I summoned the boldness within me, an exciting but daunting proposition.” Uh-oh.

—Drew Barrymore’s husband has a walk-in closet the size of a parlor—and a taxidermied ram’s head. Imagine waking up to that every morning, before even brewing the first cup of coffee.

—Brian Grazer has the artwork from Sonic Youth’s Sonic Nurse in his living room. Kinda dope.

—Designer Lapo Elkann owns “crockery monogrammed with his nickname, Laps.” His dining room floor is hand-painted. Is yours?

—There’s a company out there that specializes in opulent, big-ass fans; it’s called “Big Ass Fans.”

—Alexandra von Furstenberg: a straight-up mermaid, any day of the week.

—Bordeaux is an ideal locale for mangling your undergrad French and getting blasted on vino.

—The Letters page for April actually includes this sentence: “When the toil of my day strips me of my sanity, nothing can recharge my creativity better than sitting with a glass of Pinot Noir, soft music, and the latest issue of Architectural Digest.”

—Too many of these advertisements star waifish models styled to resemble Fem-Bots or Stepford Wives—which shouldn’t surprise anyone, really.

—In a feature where famous designers humblebrag their homes, Michelle Nussbaumer shouts out a silent sentinel: “One of my most treasured possessions is an amethyst-and-rock-crystal statue of the god Neptune by J. Antony Redmile.”

—The Volvo XC90 features surfaces “accented with hand-stitched leather and matte birch inlays” and “a crystal gear leaver made by Swedish glassmaker Orrefors.”

—The Letters page for March actually includes this sentence: “Congratulations, Cartier, on your beautiful ads featuring a panther.”