The Worst $20 I Ever Earned 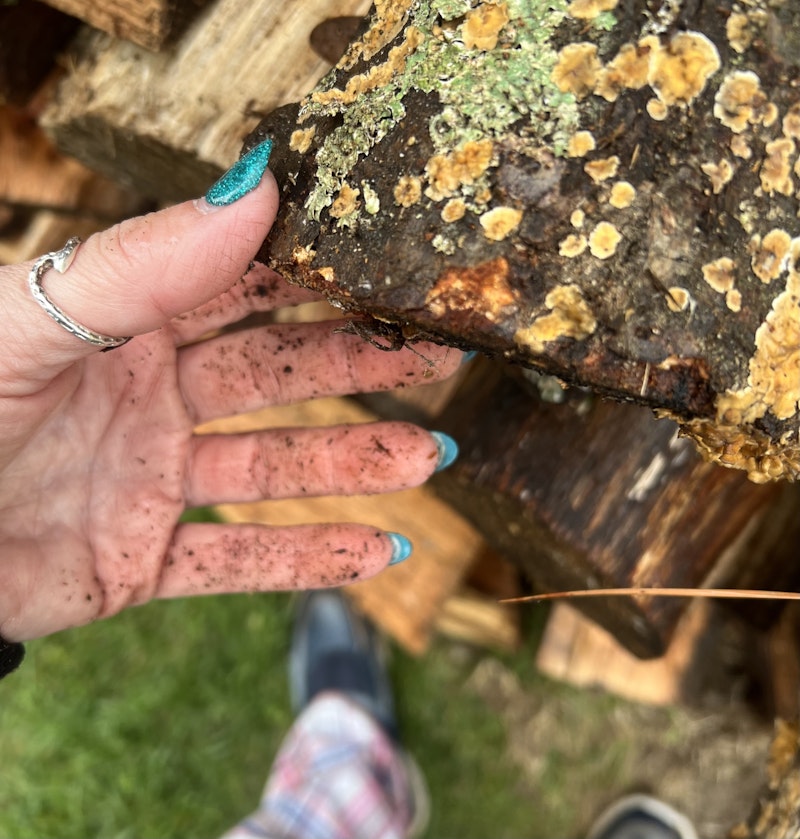 It’s my moving week. I moved back into a mid-century one-story Frank Lloyd Wright style house here on this little island in the middle of the Chesapeake Bay; same house where I lived nearly a decade ago. It was always my favorite house on the island (I wrote one of my novels here) and I feel lucky to be back. I’m terrified of how I’m going to pay for it, and although I haven’t quite resorted to Googling the brothel laws in Talbot County, Maryland yet in favor of hoping some addition candlemaking will be sufficient, it’s a bit daunting.

The house has a huge fireplace, and I recall from living here that on very cold nights it’s best heated by this source. I made the investment to have the chimney cleaned, listening to a long diatribe by a local chimneysweep carrying very Mary Poppins-looking tools about “this new generation today” that doesn’t prioritize chimney cleaning and will soon see the consequences of their carelessness. Apparently he’ll sit by his television and say “I told you so” when the news starts reporting the plague of house fires that’s about to rain down on Maryland’s Eastern Shore at any moment.

The other day I was visited by a local islander I hired to deliver firewood. He was a nice local gentleman with the requisite island accent (fire is pronounced “fahr”) and said that for an additional $20 above the cost of my half-cord of wood, he’d stack it. I waved the additional service off, thinking I could ask my son the avid weightlifter to do this (cue “Hearts on Fire” from Rocky IV) the outdoor natural-barbel setting would do him good.

That seemed like a fine idea until there was giant pile of wood in the grass in front of my driveway. Who knows when I’ll be able to bribe my son to come down to the island which will end up costing me way more than $20 for this pile. It’s raining and I can’t just leave this pile of wood sitting here. Maybe, I reason, I’ll just move some of it myself. Island Tony has left the building as I immediately regret the decision not to spend what would’ve been a well-spent $20.

I’ve stacked firewood in years past, I recall the criss-cross applesauce pattern of stacking in squares, and set about to tackle the pile. I hadn’t planned to do this, I’d only run out in flannel pajama bottoms and a sweatshirt to move my car, but suddenly the task has taken on a life of its own.

I get a little obsessed. I maybe punish myself for not paying the man his $20. I think he doesn’t charge enough for his time, regardless of how long it would’ve taken. He’s old and shouldn’t be doing this shit. A mechanical dump of wood off a truck is one thing, hand-carrying and piling it for (one hour for him, two hours for me) whatever amount of time is another thing entirely.

I’m covered in mud. My orthopedic Vionic sneakers are fucked. I have splinters, my hands are cracked open, raw, bleeding. The hands that I use in my work as a candlemaker and writer. But dammit I’ll finish this.

Just as the pile begins to feel smaller, it happens. I hear the worst sound imaginable. It’s reminiscent of a childhood sound—Legos? No. Lincoln logs. The sound of Lincoln logs.. falling. They’re falling.. they fell. My perfectly, carefully constructed woodpile just.. fell. I look around, inexplicably, for who has done this, as though there’s some prankster in the bushes who waited until I put the last log in place to knock the whole fucking thing to the ground. I can practically hear the laughter of the invisible bully. But there’s no one there. Only the missing $20 mocks me as I pick up the pile, and the last shred of my dignity.

After the ordeal, I treat myself to crabmeat eggrolls at the country store while the chimney sweep works, because I figure I’m using the $20 I “saved,” but I will happily eat peanut butter and jelly next year when I pay the firewood guy-- or overpay my son-- to stack that pile.