Fredrik Backman’s sprawling The Winners makes you remember when reading was prime entertainment. 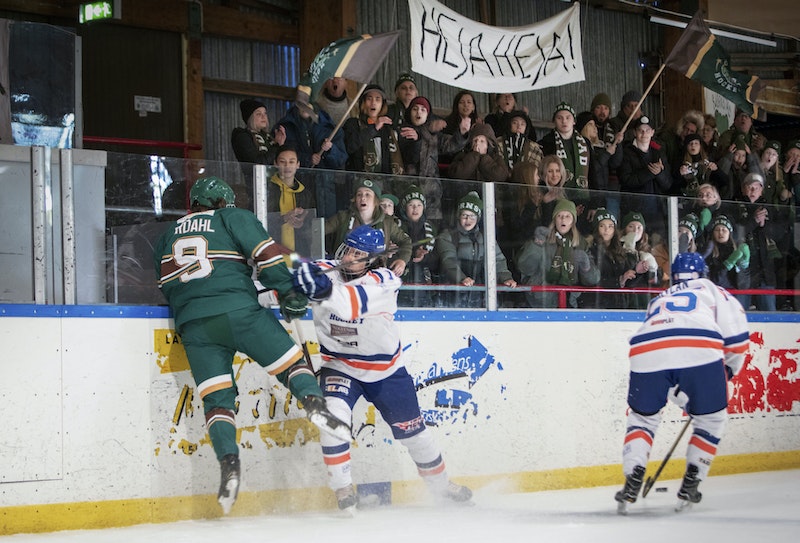 Not surprisingly—at least for the few people who read my periodic fiction reviews, a topic that’s less popular than interminable analyses of Sardinia’s GDP—my favorite book of 2022 was from the prolific 41-year-old Swedish author Fredrik Backman. The Winners, the final installment of his mesmerizing “Beartown” trilogy, is a complex story that uses (over the nearly 1600 pages in the three books; the first two are Beartown and Us Against You) the all-consuming hockey rivalry between neighboring towns Beartown and Hed as its centerpiece. Backman, whose A Man Called Ove, Anxious People and Brit-Marie Was Here have drawn wide international audiences (again, among those who read) highlights hockey in much the same way that in-the-witness-protection-program author Chad Harbach employed baseball in his riveting (unfortunately, unless Harbach’s doing a Donna Tartt, a one-off) 2011 novel The Art of Fielding.

Hockey’s at the forefront of the trilogy but it’s the way that Backman can explore his cast of alternately troubled and elated characters that makes it a saga anyone can get caught up in. It’s an examination of this broken-mosaic of a perpetually melancholy village, where defeats, personal and professional, largely outweigh victories. I know almost nothing about hockey—I went to a couple of minor-league games decades ago on Long Island—and the sport’s prominence, if not incidental in the story, won’t detract devoted fans of long fiction who don’t know Bobby Orr from Connor McDavid.

The Winners, released in October in the United States (last year in Sweden), was so compelling that not only was it a book that “you hate to see end,” but also spoiled me for subsequent novels that’ve piled up in my office. For example, the very popular Ian McEwan—a hit or miss author for me—has his latest out, Lessons, an odd coming-of-age story, and after Backman’s new book it paled in comparison. Less talented writers than McEwan fared worse: I just let them lapse after 50 or so pages, the prose was so amateurish compared to The Winners.

In his completion of the trilogy, Backman leaves no ambiguity: though it takes time, every score is settled, every character’s fate is revealed, every death is mourned, every bad guy is punished and every “winner” is mentioned. The Winners is unabashedly sentimental but not in a cloying way; Backman meticulously explores all the hidden corners, back alleys, town drunks, raucous hunting trips, a devastating storm, murders, after-hours parties in trailers, gun fights, emergency births, impromptu reconciliations between feuding neighbors, the elderly former coach Sune and his connection to a dog, and hockey rinks in his small rural patch in Sweden.

The key to the first book, Beartown, is when hockey star Kevin Erdahl, destined for the NHL, an “untouchable” in the village not just for his athletic skill but comparatively affluent parents, is accused of raping Maya, the artistic teenage daughter of his coach Peter Andersson, which leaves Benji Ovich, Kevin’s best friend and his protector on the ice, in a quandary.

It’s a complicated MeToo situation, and the hockey-mad residents of Beartown can’t conceive of their team without the star. But Benji, who lives with his sisters and mother in a ramshackle home (his father shot himself in the woods), and is perhaps the trilogy’s most beloved character, regretfully turns on Kevin, who’s then banished from Beartown. That Benji is revealed as gay isn’t particularly relevant to abandoning Kevin, but it torments him for a couple of years as he travels all over the world to any place that doesn’t have hockey—drinking, drugging, dancing and fucking to extreme excess—until he returns for the funeral of Ramona, the cantankerous but ultimately sensible owner of the local pub, The Bearskin, where most hockey decisions are made, after hours-long brawls.

Along the way, sub-plots starring an at-first shunned Middle-Easterner named Amat, whose mother cleans the sports arena, and is only accepted because of his blinding speed in the rink (the Xenophobia is a given); he’s the best local player since Kevin Erdahl, and an unscrupulous, as it turns out, con man, takes him, all expenses paid, to an NHL tryout, which is a disaster and Amat becomes a fat drunk at 20.

In Hed, there’s the husband-wife team of Johnny and Hannah, a firefighter and midwife, respectively, who raise four kids and have a relationship that’s defined by constant and nasty arguments that only increase, in a weird way, their unrelenting devotion to each other. One of their sons, Tobias, is just mediocre at hockey, but his younger brother Ted is a budding star, so it’s Tobias’ mission to sublimate his own ambitions to protect and encourage Ted. There’s the father and daughter team of journalists, who through meticulous investigation (and as Backman points out, this is a vanishing pursuit) are set to expose fraud in the set-up of a new Beartown hockey rink that could send innocent men and women to jail; and there’s the unusually calm, unflappable (for this village) and well-dressed local politician who has more innate intelligence than most, involved in every clandestine deal, whose comeuppance is (or isn’t) foreshadowed. There’s Bobo, a big-boned player/turned manager, a simple but funny fellow who falls in love with the brilliant daughter of a ferocious Hed partisan. They’re a successful, respectful pair.

On page 662 of The Winners, Backman allows himself (as the ostensible narrator) a rare observation: “What is life, other than moments? What is laughter, other than a small victory over sorrow? A single moment, just one, when everything inside us isn’t broken.”