The Time I Failed at Meeting Warren Buffett 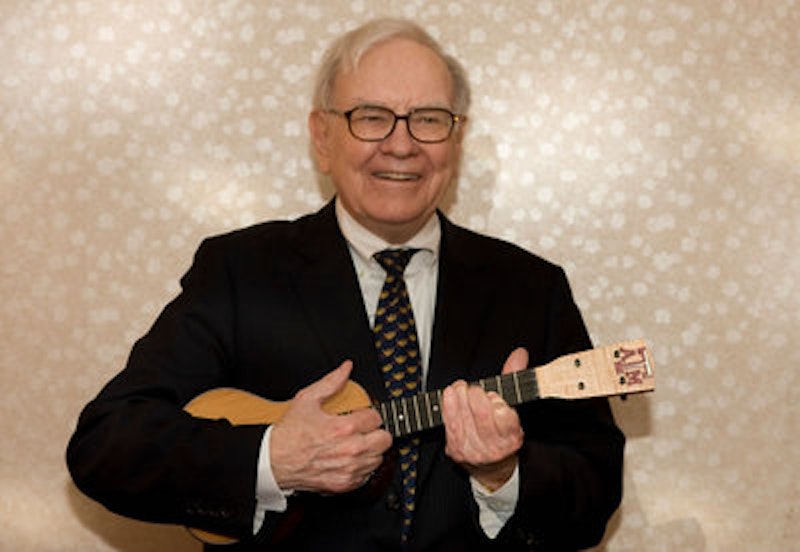 You know who Warren Buffett is, correct? Well, in 2010, I did not. His Wikipedia page calls him “the most successful investor of the 20th century” and he’s listed in various places as one of the world’s wealthiest people. Pretty famous individual. But does that mean you’d know him if he was sitting a few inches away from you?

The occasion was pretty random. I’d been asked to appear on The Today Show because of an article I’d written about Silly Bandz, which were rubber bracelets being worn by kids and had been banned in some schools. I wrote that the bans were stupid, a producer called and asked if I could be in New York the next morning, and suddenly after a paid-for train ticket, hotel room and limo ride, there I was, in the green room at NBC studios with my oldest daughter beside me in Rockefeller Center.

An affable jeans-wearing, longish-haired guy was hanging around the hair and makeup area, and I chatted with him. Had no idea who he was. Then an older gentleman came out from a room behind me that I could see in the huge mirror; a sign on the private dressing room door read “BUFFETT.”

It was clear the borderline hippie guy and the older man with white hair were there together. In related but unrelated news, I have seen Jimmy Buffett in concert. I wouldn’t say I’m a huge fan, but I think he’s fun. When I saw the name on the door and the long-haired guy, I thought to myself, “Huh. Jeans guy isn’t Jimmy Buffett. He must be his brother, and the older man must be Jimmy Buffett’s dad or something.” I figured Jimmy Buffett must be the musical guest on the show that day.

I chat with the gorgeous gay makeup guy, giving him a few of the Silly Bandz I’d brought. He wanted the lime green one and “the princess one because duh.” The older man next to us was quiet, getting some powder puffed onto his face and listening as me, the makeup guy and the hippie-esque guy chatted. I was moved along to the greenroom, where Matt Lauer and Al Roker were short and adorable and Matt ate Cheerios from a plastic bowl. Before I went out to the set, I saw a text from my good friend Stefanie: “HOLY SHIT WARREN BUFFETT IS ON RIGHT BEFORE YOU.” I texted back “Is he Jimmy Buffett’s dad?” and she texted back, “Very funny.”

Only I wasn’t kidding. After not sounding completely idiotic on TV, I traded Silly Bandz with Matt Lauer, and Googled Warren Buffett on the limo ride back to the train station. I blushed from mortification, deciding I should really start reading the whole New York Times on Sunday and not just the Style section and Book Review. I’d been sitting next to a billionaire, who was appearing on The Today Show that day to help his son Peter promote his book Life Is What You Make It: Find Your Own Path to Fulfillment, which reached #4 on the NYT bestseller list. So no relation to “Cheeseburgers in Paradise” happened in this story whatsoever, and I still feel like a moron.

The Today Show hair and makeup area is the great equalizer. Here, billionaires and brilliant musician/bestselling authors unknowingly brush shoulders with soccer moms who really needed their roots colored if they were going to be on TV and are there to promote rubber bracelet rights for children.