Rejected By a Cat

Why doesn't he want to be cozy? 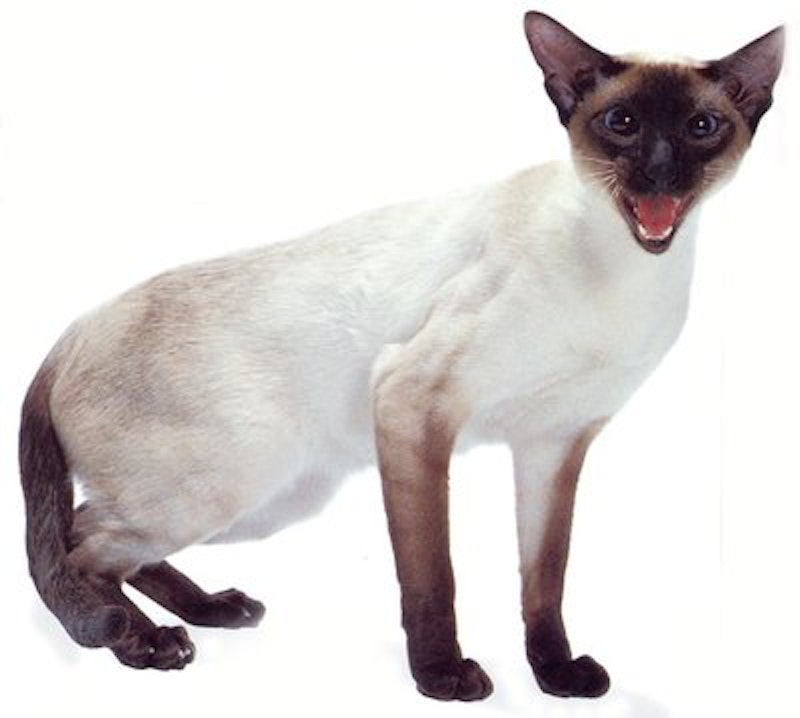 My wife's relationship with our Siamese cat, Webley, is straightforward. He adores her. He follows her about from room to room. When she sits down, he finds her lap and goes to sleep. When she lies down, he paces around her for a bit, then gets as close as possible.

There are the usual blips and negotiations. If she's not positioned exactly right when she's sleeping, he may bite her or stick his whiskers up her nose to get her to correct things. And there was a notable, painful period when he was trying to tell us that his litter box was too far away by peeing on the bed every couple of days. But, in general, as far as my wife is concerned, he performs his cat function of providing snuggles, affection, purring and unqualified love in return for food and a clean litter box.

I’d like the purring and the unqualified love. And really, I feel like I have as much of a right to as my wife. When we first got Webley 12 years back and he was a giant-headed kitten, it was me who slept with him in the back room as he paced and whined all night like a hyperactive space-lemur trying desperately to contact the mother ship. When he's been sick, it's me who chases him around the apartment to stuff him in the cat carrier. It's me who's home most days most of the time. He could come and sit on my lap as I work. That would be cozy. Why doesn't he want to be cozy?

Cats are inscrutable, and Webley's brain, judging by his head shape, is around the size of an acorn. It's difficult to figure out his motivation. There's no doubt that, as far as his relationship with me is concerned, his desire for coziness is erratic and often non-existent. He never comes and cuddles while I'm working; he prefers to stay in the bedroom, alone, perhaps worried that if he gets too far away, my wife won't be able to find him when she gets home. Even when I seek him out, his enthusiasm is limited. Sometimes, when I approach, he completely freaks out, and starts scuttling away to hide under the dining room table. I explain that I’ve known him since he was a kitten, that I’m no more likely to hurt him now than I was yesterday, or the day before that, or the day before that. I tell him that I'm his owner and it’s duty as a cat to come out and let me pet him.

"Meowwwwr!" he says. Translation: "Who are you, again? Get out of my house!"

It's worse because Webley gets along with my son fine. Granted, my 11-year-old is extraordinarily sweet and perfect in every way—but come on. He's 11. He's loud. He makes sudden movements. He’s occasionally sticky. And he's known the cat for less time than I have. I've been around from the beginning; from the cat's perspective, the child showed up one day and has been thrashing threateningly ever since. But it doesn't matter; he picks the boy's lap every time.

There's been some reconciliation recently. I've taken to brushing Webley vigorously in the mornings; if I forget he whines at me querulously, which seems like a sort of love. When my wife was away on business for a few days, he decided that I would do as a substitute purveyor of body heat. Maybe he just needed a decade or so to warm up to me. Maybe his acorn-brain finally figured out that I live here. In any case, I'm glad that my cat is now only occasionally terrified of me.