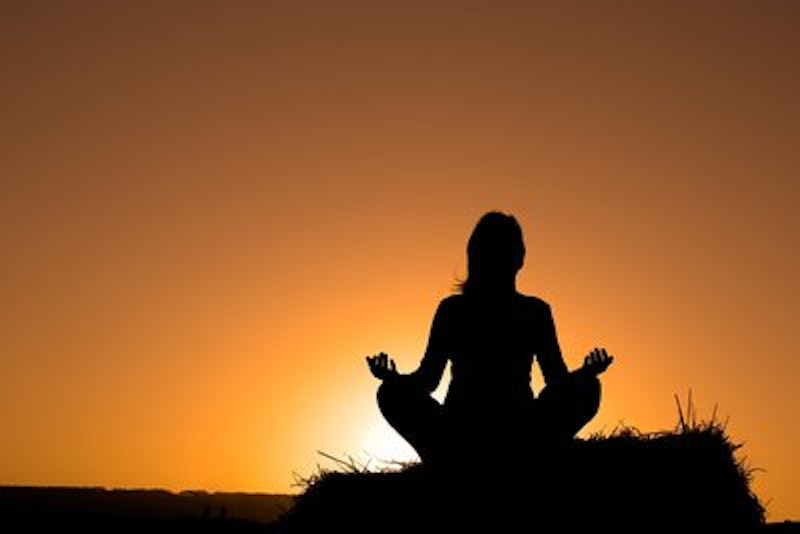 I substitute teach yoga every now and then. The woman I sub for is in her late 70s, maybe older. She’s popular and her classes are packed. She normally needs me when she’s traveling the world conducting her “Awakening The Illuminated Heart” meditation workshops. She looks fabulous and has the energy and body of a 20-year-old. She attributes her youth to her faithful practice of yoga and meditation.

I’m a novice meditator. From introspection, we are all familiar with the mental clutter and endless chatter that make up our daily lives. I think focusing on a single thought may be too much work for most people. Desperate not to be alone in their minds, avoiding having to think, they turn to their constant electronic companions to check for incoming messages.

Years ago, people dismissed meditation. In 2005, the 14th Dalai Lama addressed the Society for Neuroscience at its annual meeting in Washington, D.C. Some of the attendees protested and asked to have their invitations rescinded. A religious leader, they felt, had no place at a scientific gathering. The Dalai Lama did speak, and he posed the question, “What relation could there be between Buddhism, an ancient spiritual tradition, and modern science?”

In 2000, he invited scientists to study the brain activity of expert meditators. For more than 15 years, monastics and lay practitioners of mediation participated in experiments at about 20 universities. After comparing brain scans of meditators versus non-meditators, they began to see explanations of why meditation has potential to supply us with cognitive, physical and emotional benefits. The November 2014 cover story of Scientific American dives into the results of these studies and the neuroscience of meditation.

Meditation decreases oxygen consumption, heart rate, respiratory rate, blood pressure and cholesterol levels. At the same time it increases the intensity of alpha, theta and delta brain waves—the opposite of the physiological changes that occur due to stress. Ultimately the meditative practice may promote cell longevity through decreasing stress hormones and increasing those that protect cells.

Meditation has entered mainstream health care as a method of stress and pain reduction. It’s been used in hospitals in cases of chronic or terminal illness to reduce complications associated with increased stress, including a lowered immune system. There is a recent understanding in the medical community that mental factors such as stress significantly contribute to a lack of physical health, and a growing movement in mainstream science to fund research in stress reduction. Many hospitals now have centers that teach mindfulness techniques like meditation.

The practice of this ancient art brings endless benefits. Take a moment, clear your mind and just breathe.