The Spy and the Silk Baron

The liberation of losing one’s identity in Asia. 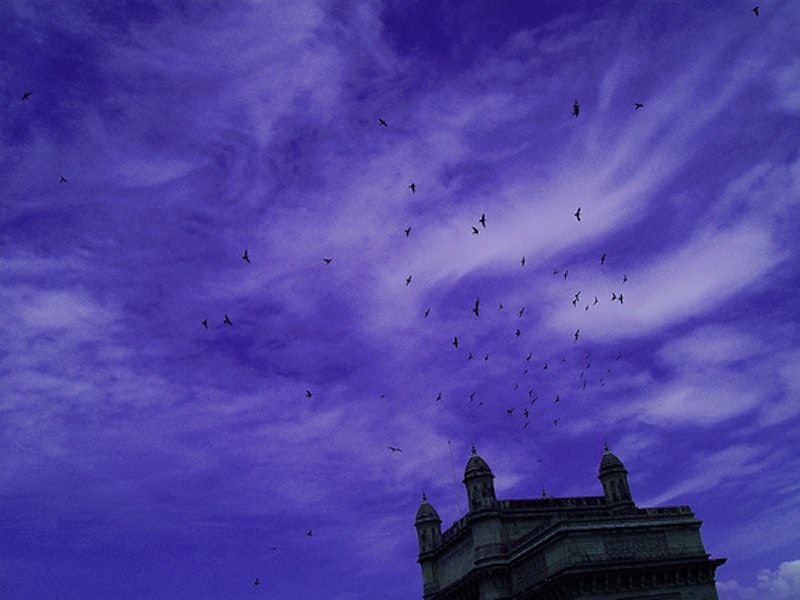 In 1967, an American named Jim Thompson disappeared without a trace somewhere in the Cameron Highlands of Malaysia at the age of 61—the same year prophesied by a Thai horoscope several years earlier. That ended one of the most fascinating American life stories ever to unfold. Born in Delaware in 1906 with the fantastically old-school American name of James H.W. Thompson, he attended Princeton University and became a successful architect in New York City. In 1940, at the age of 34, Thompson abruptly left his job to volunteer for the U.S. military in World War Two (before Pearl Harbor). He became an officer in the OSS, the precursor to today’s CIA, and was stationed throughout Europe and Asia.

After the war, he was relocated to Bangkok. He fell in love with the city. When he returned home, he found he couldn’t stand to be away from Thailand, bored by the United States. He asked his wife to join him and move back. She declined. He divorced her, left the military, and moved to Thailand. Walking through the markets of Bangkok, he discovered a dying silk industry, with only a few artisans left. He made it his life’s mission to revive the industry and brought Thai silk to the world, saving a fading profession and becoming a magnate.

I stood in his home in central Bangkok, a magnificent amalgamation of ancient homes from around Thailand that were brought to the city and forged into a beautiful complex. I stood there wondering how he did it. I wondered how someone patriotic enough to voluntarily risk his life for his country could then leave it behind. I wondered how he could so readily adopt foreign customs and culture. This was my countryman, my fellow expat, even if he was my predecessor by 50 years. How could he leave behind his wife and country? What happened to Jim Thompson?

After the tour of the house ended, I walked around the garden, hoping to see something, to get it. Jim Thompson scared me. What if he didn’t see it, either? What if one day, he woke up and realized he could never live anywhere else? What if it happens to me? What if it already has? I left the house and began walking along the canal that runs next to the property. I saw a rickety, metal footbridge further down the canal and a small shop on the other side selling sodas. The neighborhood across the river was where the artisans had lived, the silk producers that would become Jim Thompson’s legacy. I bought my soda and decided to stroll through the neighborhood, which really looked more like a small village. It was beautiful, still, and it felt old, pure and somehow untouched.

With each step, I began to feel a little uneasy and very out-of-place. This was no bustling neighborhood or Western-heavy haunt—just people’s homes, opening out onto the narrow alley streets. The people were friendly and paid me no mind, but it felt like trespassing. Life felt calm here, an ancient serenity. On an alleyway in the heart of this tiny nook of a neighborhood, the anxious buzzing in my chest reached a crescendo—I felt so out of place, so unclean for bringing my presence here. And then, for a single moment, I saw the world through Jim Thompson’s eyes.

Being alone in Asia has taught me what I’m capable of, what I believe. In a country like India, your buttons are constantly pushed and prodded. You are confronted with something massively different and difficult. You can be a part of life here but you can never be a part of here. It’s too foreign—the values, the traditions, the history and the common knowledge are just too different from anything we get in the West. You can never quite become fluent in it.

In India, in Thailand, even in Hong Kong, I’ve been able to just be foreign. In America, we have the word “foreigner” but every foreigner is broken down: you’re a European (and even that gets broken down), you’re from Africa, the Middle East, India, whatever—because we have it all, we classify you beyond just “foreigner.” Someone from England and someone from Russia are not getting treated the same, even though they’re both white (and those guys are getting treated differently than someone from India or China or anywhere else). In these places, I’m just an outsider. The anti-Americanism that makes travel in many countries west of India unsafe/impossible and makes Europe and the Middle East so often frustrating is remarkably absent from this corner of the world, despite our history of meddling.

The only anti-American sentiment I’ve come across came from a drunken South African girl (who admitted liking the only two Americans she’d ever met and never even having been to America). Her babbling—the usual sort of “arrogant, don’t care about the world, spoiled, evil, powerful” stuff that I often got in Europe (and a shred of in the Middle East)—reminded me how exceptional it is to be able to shed all of that. My identity is totally washed away. People can’t tell that I’m Jewish, even when they hear my name. People can’t tell that I’m American by looking at me. I am just foreign, equally unbound by the local ethnic, class, or religious identities.

I love who I am, but can’t pretend that I’m something else. My name is too Jewish, my looks too Jewish-American. To escape that is liberating. And when you adopt local customs and the language, people are thrilled to take you in, impressed and flattered by your interest. The way Hindu people have reacted to me when I have a dot on my forehead—as proselytizing as that reaction may be—is so welcoming and excited. And because I can never be of here, I can cross cultural borders, hear all the sides. I am unbound. There is even a challenge aspect to it. I know I’ll never be Indian, but I can try to be treated like one.

People have started approaching me in Hindi instead of English over the past few weeks and the feeling of transcending barriers, getting to peek in, is intoxicating and exhilarating. That’s what I’ve been hoping for. If I can fit in here, without an identity, an empty page, then I can do anything. I want to the best Hindi/Urdu speaker ever, the best cultural chameleon, the best able to investigate and understand.

Through Jim Thompson’s eyes, I could see it for a moment. He found himself in a place he didn’t belong, a place that wasn’t his. A man who had spent his life changing his identity (he worked for the OSS undercover, after all) found himself in a place where he could build a new one, take lessons from his past to build from the ground up. He thrived on the energy, the excitement—not just of the city, but also of the opportunity. He remade himself as a tycoon, left behind a legacy that may stand for centuries, a house that is the second-most visited sight in the city he loved.

For a moment, I saw something that few people from my country will ever get to see. I was alone in Bangkok; so far away from everything I am. If I sat down in that tiny village neighborhood, I would be Nobody, the Outsider, the Curiosity. I realized on that spot, that I could do it in India, too. I could take my outsider education and knowledge, my image as an outsider, and project it as validity, while still speaking the language. I could be both. I could just move here, leave behind my family and girlfriend. For that moment in Bangkok, this ran in my head. And through Jim Thompson’s eyes, I saw the cord.

And it was a relief. The cord is your family, your loved ones and your homeland. Yes, it is possible to leave it all behind. I could choose the guaranteed exciting life, stay here or somewhere else and keep studying and writing. I could reinvent myself as a businessman. I came because I could, because the timing was right, and because I knew that, professionally, it was a great thing to do. Now I can go forward, onward safely at home, with the things that matter most: my family, my friends, my girlfriend, my home. Later that night, after seeing the cord, I met the angry South African girl. It was so nice to get that from her, to both conform to and buck her preconceived notions of Americans (and, also, Jews), to be myself and represent my identity, my country.