The Spy Who Wasn't

The real secret of the intelligence community is that these people aren’t Machiavellian geniuses. They’re bumbling shitheads, just like most government functionaries—or, for that matter, most people. 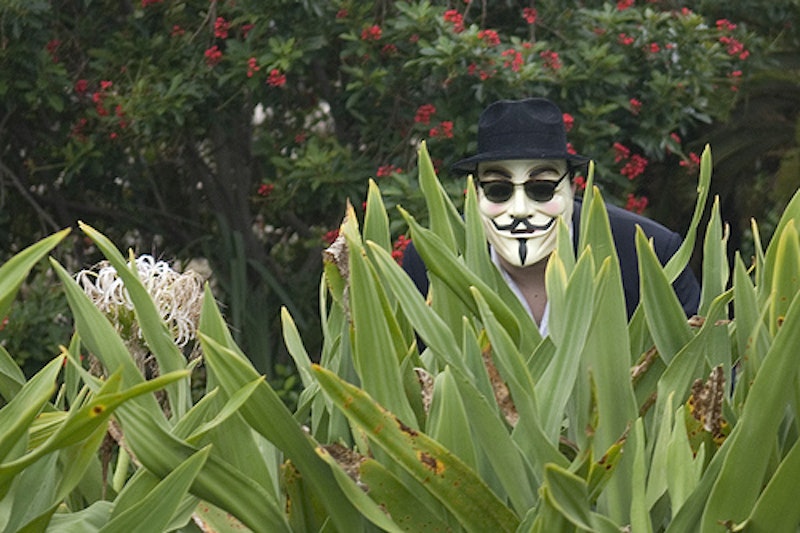 Somehow, I had thought that John Le Carré’s The Spy Who Came In From the Cold was an unflinching look at the idiocy of the cold war era—a spy novel for people who hated not just James Bond, but John F. Kennedy.

Alas, the book in my head was far, far better than the book that ended up in my hands. I had hoped for acerbic wit; what I got instead was maudlin tripe.

Admittedly, Le Carré’s book has superficial differences from Ian Fleming’s here-I-come-to-save-the-world! cheerleading. Alec Leamas is not your typical manly man. Basically a rumpled bureaucrat, he spends most of the book semi-undercover as a no-account boozing wastrel. His main spy skill is not fighting prowess or seductive charm, but the ability to lie convincingly for surprisingly extended periods of time.

And yet, on closer look, Leamas starts to seem not so different from Bond after all. It’s true that he only gets into one or two fights, but the book details his brutal competence in those encounters with crisp, matter-of-fact smugness. And yes, he only sleeps with one girl, but that relationship is wearisomely familiar. Liz, library assistant and idealistic Communist party member, is pure and good and loving, and she falls in love with Alec instantly and for no reason except that he’s so darn deep. Leamas loves her too, and the book pivots around that mutual love without ever providing one iota of evidence that it exists. Declarations of eternal devotion come out of nowhere and are attached to nothing. Liz and Alec are in love not because they like each other, or make each other laugh, or even know jackshit about each other. Rather, they’re in love because Le Carré has a plot to push along, and this is the best he could do.

Thematically, Liz is supposed to contrast with the evil machinations of the spy network. She’s sentimental and good; the service is realistic and bad. The final pages of the novel (following the Shocking Twist Ending that I figured out halfway through the book) are given over to a heartfelt argument between Liz and Leamas.

“[T]hey … find the humanity in people … and … turn it like a weapon in their hands, and use it to hurt and kill,” Liz fulminates with naïve moralism. “What else have men done since the world began?” Leamas responds with world-weary cynicism. “I don’t believe in anything don’t you see—not even destruction or anarchy.”

Thus are the battle lines laid down—though, appropriately for a spy novel, I suppose, it’s pretty much impossible to tell the one side from the other. Liz and Leamas are equally earnest, equally humorless, and equally committed to vapid Hollywood philosophizing. Ostensibly their conversation reveals the evils of spying and exposes the despicable practices of the Cold War warriors. In fact, their sodden disillusionment is indistinguishable from slack-jawed reverence. “The spies,” they seem to cry in unison, “oh, Lord, they’re so diabolical, so vicious! They do such dirty work out there beyond the bounds of morality, use such subtle tricks, that normal people just fall to pieces before them. How can we parse the questions they raise?  How can we live in this horrible world? What, oh what, shall we do?”

Back in the real world, of course, most major espionage activities look more like farce than anything else. I mean, the Bay of Pigs? Oliver North? Accidentally murdering suspected terrorists at Guantanamo Bay and then removing the corpses’ throats because, hyuk!  hyuk!, gee nobody’ll notice that? Clearly, the real secret of intelligence is that these people aren’t Machiavellian geniuses. They’re bumbling shitheads, just like most government functionaries—or, for that matter, most people.

Joseph Conrad had this figured out in The Secret Agent. Not Le Carré though. He believes in the hard truths, which is the same thing as saying that he’s a credulous sucker for melodrama. Leamas sacrifices himself for love because, damn it, that’s what spies do. Le Carré’s heroes care so much they barter their souls, a formulation which cleverly elides the fact that in truth said heroes couldn’t find their own asses, much less their souls, with both hands and a $50,000 government-procured state-of-the-art GPS tracking system.