The Sculptures of Parkchester

Boston Rd. does go to Boston, if you go all the way north to it on Route US 1. 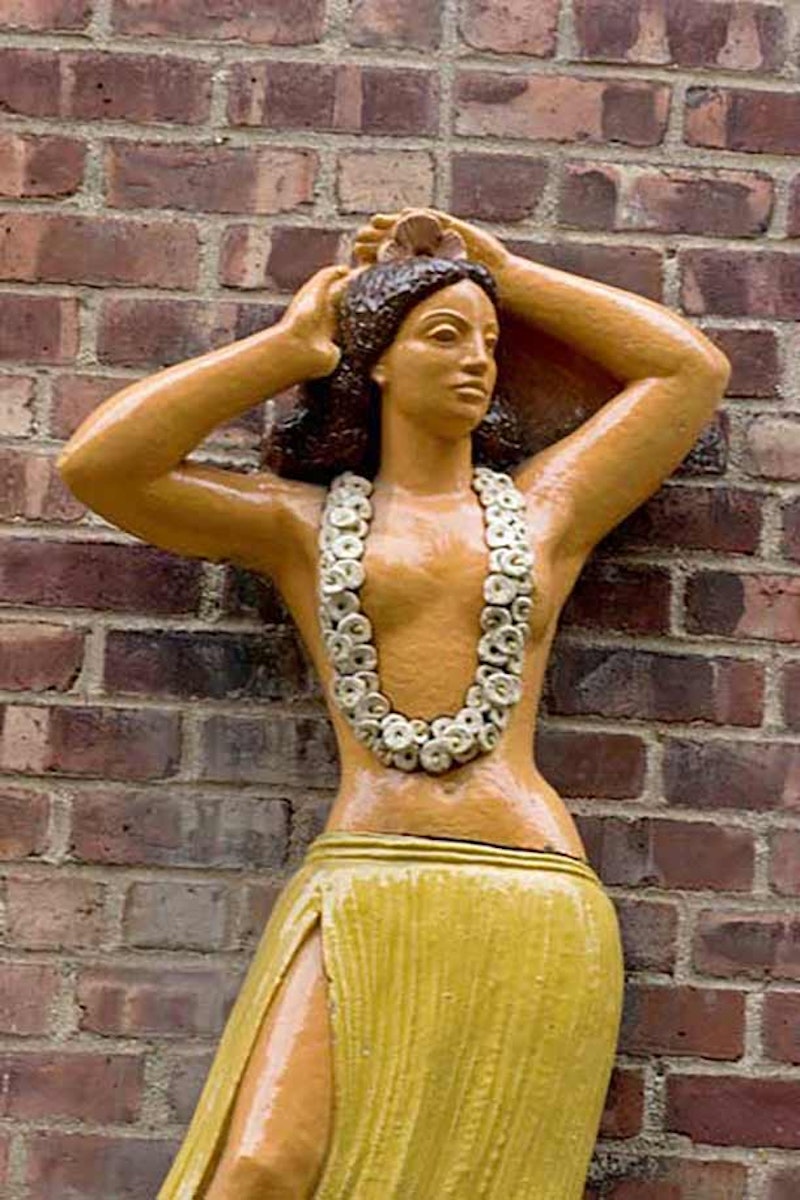 A walk around Parkchester, called a “city within a city” by The New York Times when the project first opened, is an experience that will delight anyone with an interest in urban planning and an eye for detail. Take the #6 train, exit at the Parkchester station and find yourself at Hugh Grant Circle, named for a New York City mayor from 1890-1892. Cross into Parkchester via Metropolitan Ave. and pick any street or pedestrian path. 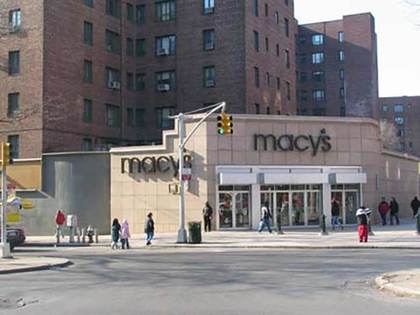 Parkchester was built in 1941 by the Metropolitan Life Insurance Company on 110 acres, some of which had been occupied by the New York Catholic Protectorate, a home for poor children. Parkchester was a pioneer in rental-unit engineering, including amenities like new bathrooms with non-slip bathtub bottoms, double sinks and cabinets in the kitchens—an innovation at the time. The complex had a bowling alley, recreation areas, the first Macy’s branch outlet, and three movie theatres in or near it: The Loew’s American (which closed for good in 2013, becoming a branch of Marshall’s), the Palace and the Circle (which are long gone). 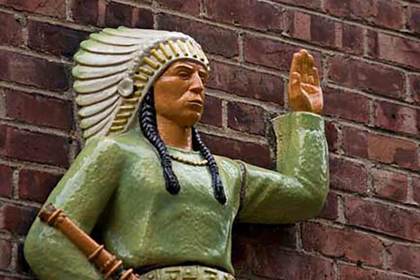 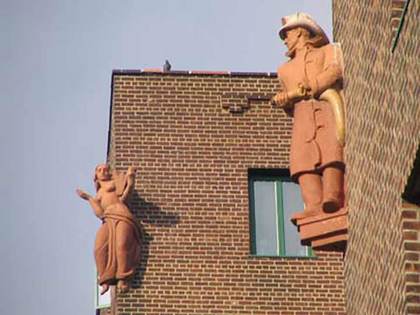 Met Life provided Parkchester with a whimsical style. While the seven- and 12-story buildings appear monolithic when viewed from afar, a walk around the complex reveals the friendly face Parkchester presents: its colorful, playful terra-cotta statues and sculpture. While most are monochrome and located at rooflines or above entrances, brilliantly-colored examples are seen on Parkchester Rd. at the rear of the former Loew’s American. 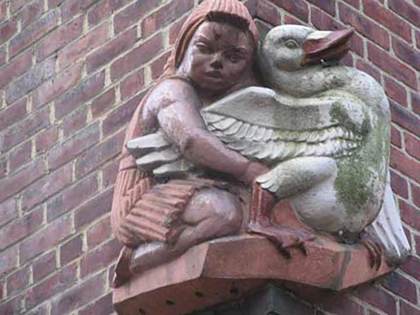 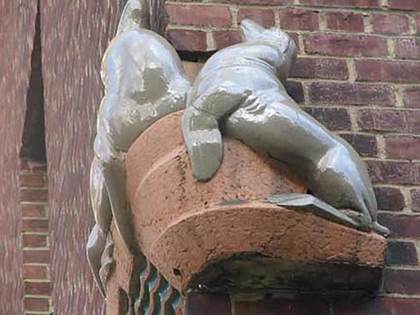 Met Life chose Federal Seaboard Terra Cotta Corporation for the project. The company supplied over 500 statues of hula girls, accordion players, animals, and other unique accoutrements as doorway ornaments, as well as elaborate designs for theaters and storefronts, some by sculptor Joseph Kiselewski. 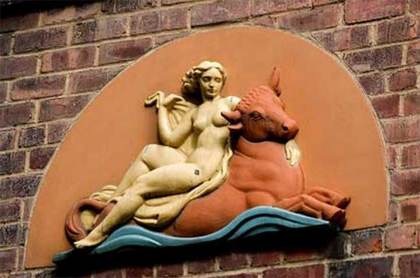 The sculptures are literate and surprising in their execution. For example, this one depicts the Greek classical myth of Europa, in which Zeus, cheating on Hera yet again, noticed a young Phoenician princess named Europa, disguised himself as a bull and carried her off. Her name is now a moon of the planet Jupiter (Zeus, to the Romans) and a continent.

White Plains Rd. is one of the few Bronx streets that runs from the East or Harlem Rivers on the south to the Westchester line on the north. (Broadway does it, for a shorter distance, and Jerome Ave. almost does.) It doesn’t go to White Plains; in fact, once in Mount Vernon in Westchester, it changes its name to W. 1st St.. It was built in 1863 along an original, more winding path that led to the city in mid-Westchester County, worth a visit for its many 18th-century colonial remnants.

North of its intersection with Westchester Ave., White Plains Rd. meets Boston Rd., which does go to Boston, if you go all the way north to it on Route US 1.