The Persistence of Racism and the Role of Schlock Science 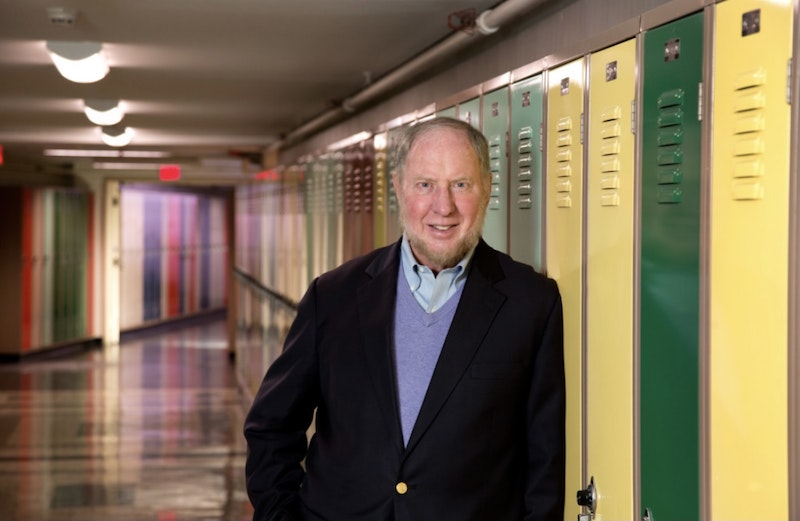 It's always been hard to distinguish the social "sciences" from political ideology. This isn’t surprising, as it's different studying things other than ourselves than studying ourselves; we've got a different stake in the results. That's why results in social science seem consistently jerry-rigged to prop up political positions. "Social scientist" (academic sociologist, economist, psychologist) is a place to stand to claim authority for your political position, and frequently it’s little more. The Harvard sociologist Robert D. Putnam is a beautiful example of this: all the results are fixed ahead of time by the basic collectivist/socialist ideology; every piece of information he presents confirms the political commitments, and the purpose is political persuasion. What science is in Putnam's hands is rhetoric, not an empirical method.

If you've read any Putnam, it’d be impossible not to expect him and his collaborator Shaylyn Romney Garrett, when they address the persistence of American structural racism in the post-civil-rights era (1970-present), to blame American individualism, the culprit of all that ails us, the demon that has us bowling alone. This individualism, fundamentally a result of American capitalism (as opposed, for example, to being a profound philosophical vision associated with people like Emerson and Thoreau) is expressed in right-wing politics, which also constitutes a "white backlash" to the racial justice advocated by black civil rights leaders and their white liberal allies. The civil rights movement achieved so much, or was the culmination of decades of progress by a number of measures, but conservative backlash, Southern strategy, austerity, Reagan—individualism, in short—halted or even reversed the progress.

The achievements of the Civil Rights movement left white America with the vague impression that racial equality had been achieved, or that we were well on the way: race was narrated to schoolchildren as a story of triumph, in which King got Johnson to sign the Voting Rights Act. But Putnam and Garrett do an able job of describing the amazing persistence of racial inequality by such measures as home ownership, income, graduation rates, and life expectancy. And much of the country, it turns out, is as residentially segregated as it was in the Jim Crow era, particularly in cities such as Los Angeles and DC.

It's as they shift from reporting to explaining and managing the data that Putnam and Garrett casually toss in their entire political orientation in a way that vitiates any claim to an empirical account. And it's like they don't know that they're doing it. At any rate, they don't want you to know that they're doing it. They maintain the same carefully neutral tone with which they presented the data; they want to take you seamlessly from the problem to their solution (roughly, more welfare state). They want a certain sort of explanation to be true: the sort of explanation Putnam has been putting forward for everything bad for decades. Predictably, this collapses their epistemic standards.

Relying apparently on survey data, Putnam and Garrett trace an "I-we-I" curve over the 20th century: "An inverted U charting America’s gradual climb from self-centeredness to a sense of shared values, followed by a steep descent back into egoism over the next half century." The mid-1960s, the moment of the Civil Rights movement, was the height of the inverted U. Since then there has been "a shift away from shared responsibilities toward individual rights and a culture of narcissism." They distinguish periods as “I” decades and “we” decades. This is an astoundingly simplistic structure, and I’d like to plumb the depths of the data. Like 1970: did we all suddenly become narcissists? And is that a DSM diagnosis or mere prejudicial verbiage? (I note in passing that they seem to be repudiating individual rights quite entirely.)

Even if this rudimentary distinction between periods could be sustained by data, Putnam and Garrett satisfy themselves with vague correlations, doing almost nothing to demonstrate causation. They try to keep that vague, but they make it obvious: "Indeed, the fact that landmark civil rights legislation passed at the very peak of the I-we-I curve suggests that an expanding sense of 'we' was a prerequisite for the dismantling of the color line," they write. A lot of things happened at peak "we," though. Average income was high. The Vietnam War was at its height. The Baby Boomers started coming of age. Nuclear annihilation threatened. Bullwinkle and Rocky were on television. What caused what and where? All these were exactly as correlated with we-ness as civil rights legislation. It makes you wonder about Putnam's overall methodology.

The "I/we" opposition as Putnam and Garrett understand it is a complete mess, and it’s certainly not going to help you understand the American racial situation. Say that the conservative, I-oriented 1980s were characterized by "white backlash." Now is that a collective or an individualistic endeavor? Racism—conscious or unconscious, personal or systemic—requires collective identities and produces them. You can't get race going at all on an individualist basis; all races are (imaginary, we might say) group identities. The question of American racism is about which people identify with which collectivities, not about people who withdraw from communal life.

"All human beings are in this together" is a we-attitude. "Every man for himself" is an I-attitude. Now, what is "We're in this together against those people over there"? First, it's the most common of the we-attitudes. And second, actual individualism is nowhere to be seen among the factors in play anywhere. The "I-we" opposition, a primitive piece of hackwork as a conceptual framework, is going to have to be immediately made more complex if it hopes to deal with race, or anything else for that matter.

I’d like to assay a completely different range of explanations, which is as compatible with the data, especially if correlations to which Putnam and Garrett appeal are adequate to make an argument. The period after the Civil Rights movement has, overall, been marked by a great expansion of social programs, many of them first put in place during the we-the-Great-Society '60s. The actual means to carry the ideals of the Civil Rights movement into practical reality were government housing programs, direct subsidies (conjoined with surveillance), non-stop educational reforms.

These programs were devised and administered by and large by white liberals, who used them to congratulate themselves on having transcended racism. From the Civil Rights movement, they learned not to talk like racists. But, in my opinion, they were racists.

The whole approach was well summed up in the Moynihan Report: "The Negro Family, the Case for National Action," in 1965. The thrust was this: the "Negro family" (as shown by, say Harvard sociological data) is dysfunctional, by which they meant it deviates from the white middle-class model. We'll have to take measures to fix their families and hence fix their culture. After all, we're all in this together. That, in a nutshell, is American liberalism.

So, for example, we'll be bulldozing your dysfunctional neighborhood and moving you to those high-rises across town; after all, we're all in this together. Both those projects and the schools we're building downtown have a certain prison or reservation quality, and actually we're going to need more prisons too. The Republicans will help with that part.

You might read Malcolm X or Sister Souljah on what it was like to be embedded in the Welfare system. Maybe Mom got a visit. "Where did you get that television?" "There's a man around her, isn't there?" "Didn't you make more money than you've reported?" These were liberal attempts to ameliorate American racial oppression, expressions of our collective commitment to equality.

All the waves of educational reform, up through Arne Duncan's triple-down on standardized testing, has—demonstrably, I believe—had the effect merely of freezing inequalities into place. And so with the housing programs and all the myriad ways that the white power structure has tried to make black people dependent on itself. These are presented as expressions of our collective commitment to equality; they’re administered with unbelievable condescension, from an effortless presumption of the superiority of white culture. They speak uplift; they practice cultural annihilation. I mean people like Lyndon Johnson, Joe Biden, Bill and Hillary Clinton.

Now, truth be told, any serious explanation of the persistence of structural racism would also talk about white backlash, the mostly-conservative driven war on drugs (as administered by the Clintons, however), the baleful effects of certain moments or forms of capitalism. But it’ll have to be a complex explanation, and it's not going to take the sheer form of ammo you can use against capitalism, or against Reagan, or against austerity, or against individualism. To figure out what has happened, we'll need to set the political ideology aside, as Putnam and Garrett fail to do.