The One Thing I Learned About Yoga 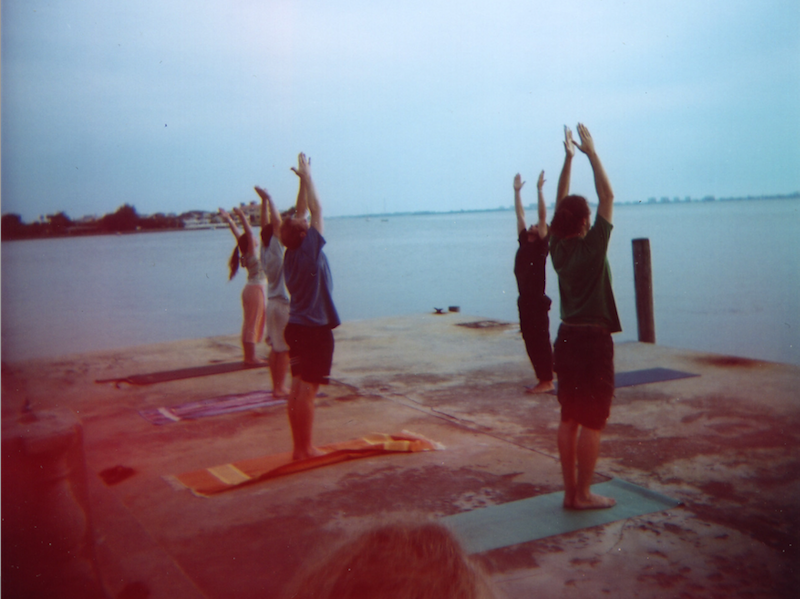 Every now and then there’s this realization that hits me as I go through my yoga poses. Here it is: yoga isn’t a system for stressing and relaxing muscles. It’s a system for allowing the parts of the body to flourish. Air and blood are allowed to circulate as they should. Organs that never get quite what they deserve now come in for a windfall of nurturance. The circumstances for this windfall are arranged by you. You move your body about and take up odd, unaccustomed poses, and these poses have an effect. Mainly, I think, gravity is defeated, rolled off from this or that part of the body while the other parts work a little extra.

Move your body through the sequence of poses, get all organs and nerves properly aired out and fed, and your muscles will all have been stressed and relaxed in a way that leaves them bouncy and firm. But the stressing and relaxing play into the program; they aren’t the point. Now I admit no one has ever told me this, I’ve never read it. I surmised it. But the surmise walloped me like truth. The occasion came in my first month or so of doing yoga.

I was taking a class at the gym and making a fuss as I wrapped my torso over my leg, which was stuck out in front of me. My fuss took the form of grunts and groans. The teacher, a nervous sort, flared up. “There’s no commentary,” she said. I thought about her point. Was I commenting? I decided that I was. I was telling myself how tough I had it, because that way I figured I was exercising. In fact, I decided, I put on a show for myself every time I tried a yoga posture: the tensing of my muscles, the straining, the sense I played up of fighting for balance and battling gravity. I wanted my nerve ends to be shouting about the great struggle I had going on. That way I’d know I was embarked on something powerful.

People tell me I focus on pain more than ease. This time I decided to switch around. I imagined my muscles filling into their role instead of getting pulled tight. I felt the air traveling higher into my lungs. My body was working hard, but it didn’t feel too bad. Instead it felt like a chance had finally arrived. My body, part by part and altogether, was finally getting the conditions it needed if it was going to flourish. That was yoga.

Another admission: I hold to this belief, but I don’t live by it. Yes, in the back of my mind I see yoga as a means to flourish. In the front I see it as a neglected good habit and a sometimes forlorn pursuit (I’ve had some accidents). Well, such are the wonders of my personality. But I think the idea still makes sense. To use an old-fashioned term, yoga is physical cultivation. It’s a chance to put out a little effort so that the effects of gravity, things that normally we’re stuck with, can be rearranged.

Do so and the body gets its best deal for being on earth. Sometimes I remember this when my torso is folded atop something. Many times I don’t. But it’s true either way.