In Spain with Goya and Bosch. 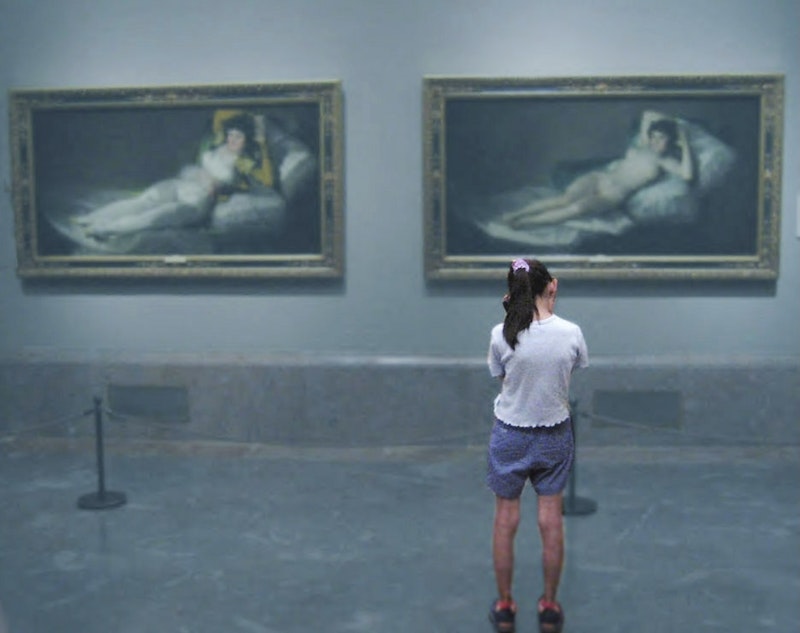 Travel has its own set of benefits, as opposed to tourism. I woke up one morning in Madrid. The sunlight was pouring through the Palace Hotel's windows, and it was hot. Showered, shaved and sober with my guidebook in hand, I was ready to visit the magnificent Museo del Prado. Since its founding in 1819, The Prado has been referred to as “a museum of painters, not of paintings.” Walking the wide hallways and taking in the rooms full of the Old Masters, it’s impossible not to be awestruck by the breadth and depth of each new discovery.

Francisco de Goya (1756-1828) is regarded as one of Spain’s greatest painters; his work is featured prominently in the museum’s permanent collection. After Goya was appointed Court painter to the King Charles IV in 1786, his sovereign portraiture gained widespread recognition. Goya developed a distaste for the elite and shifted focus to portray the lives of Spain’s marginalized rank and file.

I understand why Joan Miró, a fellow Spaniard, wanted to view “El Perro,” one of Goya’s infamous Black Paintings. A submerged dog in anguish is captured in a simple, muted situation. Miró’s own abstract Surrealist sensibility reflects this source of inspiration.

Like all rebellious artists, Goya knew how to throw out all the rules without compromise, often with a sense of humor, especially when it came to contentious subject matter.

The Black Paintings were likely made between 1819-23. During these years, Goya had gone deaf, became a recluse and decided to paint 14 bleak, fresco murals on the walls of his farmhouse. Another one of the paintings shows a terrifying image “Saturn Devouring One of His Sons.” Almost 50 years after his death, the murals were removed from his home, restored and transferred to canvas.

The Disasters of War etchings are all about the shadows; the lineup depicts horror with body parts dangling from trees. The 82 prints were made between 1810-20. Aware of Spain’s political turmoil at the time, Goya’s satirical tone is politically incorrect; the series remained unseen during his lifetime.

After 35 years, the portfolio was published posthumously.

For centuries, an inspiration for artists has been the nude. A pair of mysterious paintings appeared in the early-1800s. The first was the controversial “La Maja Desnuda.” Maja refers to Spanish belles including lower-class prostitutes.

Entering Room 36, I’m acknowledged by a risqué smile with lustful eye contact. “The Nude Maja” invites one to move in closer to inspect a modest display of pubic hair, an uncommon occurrence at the time in a large Western painting. The painting was seized, and authorities questioned the artist over the content, accusing him of moral depravity. For unclear reasons, Goya made a second painting of the same subject; this time with a variation “The Clothed Maja.” The paintings now hang next to each other.

Lasting memories can be attributed to travel. Before an afternoon date with Adam and Eve, I decided to take a break and sit down. What happened next was astounding; I was being followed.

Five tall Iranian women in black hijabs formed a ring around me. I was surrounded by dark marble eyes teetering from above. Sensing my obvious unease, the optics were daunting. I’d never met an Iranian before. Their request was stated in perfect English with no sign of an accent. The women wanted to trade souvenirs; an Iranian rial for a dollar. They had no way of knowing I was an American.

I obliged. My hand slid down into my Levi’s watch pocket. As if I was marching towards Valley Forge, I pulled out a folded, $1 bill and handed it over. In return, they gave me a banknote with a picture of the Ayatollah. The situation provided fodder for wishful thinking.

The rest of the day was spent in one gallery. Unlike Goya, very little is known about legendary artist Hieronymus Bosch. The Northern Renaissance painter was a fervent Christian.

In the history of art “The Garden of Earthly Delights” has stood the test of time. The divisive work is beyond strange. I’m not sure what it is. The triptych oil on oak panels was created between 1490-1510.

What a delight it was to finally see the original painting in person. For years, rock bands have drawn inspiration from the apocalyptic opus’ various layers of symbolism. The image has appeared on record covers, books, magazines, and posters.

Adam and Eve live on Earth in a nice, peaceful garden. According to Christian beliefs, they're banished to a hellish inferno. Some of it isn’t very nice, most of it is beautiful. But it’s much more than that. Exploring this dreamscape of excess, the hypnotizing effect is immersive. Working the grid like a cop looking for a clue, I pan across each panel taking in an abundance of nudity with all creatures great and small. The whirlwind madness pulls the viewer into a self-reflective, spiral trajectory that wraps around you like a Hermès scarf.

A painted wooden tabletop also attributed to Bosch is in the center of the gallery. “The Seven Deadly Sins and the Last Four Things” is a sequence of circular motifs that also depicts a tale of sin and punishment. The concept’s familiar; greedy people are sent to hell and boiled in pots of gold.

Travel can enrich our lives by providing insight into how people interacted throughout history. This is critical, given how much insolation exists in today’s frenetic high-tech society. We require clarity. One approach is to find a well-known work of art and simply go see it. Above all, you’ll gain an exceptional sense of wisdom that you won’t get from a health expert or a Zoom meeting.