The Last Video Store in Sydney

Squint closely and you can find The Incredibly Melting Manor JD’s Revenge under the Cult section. 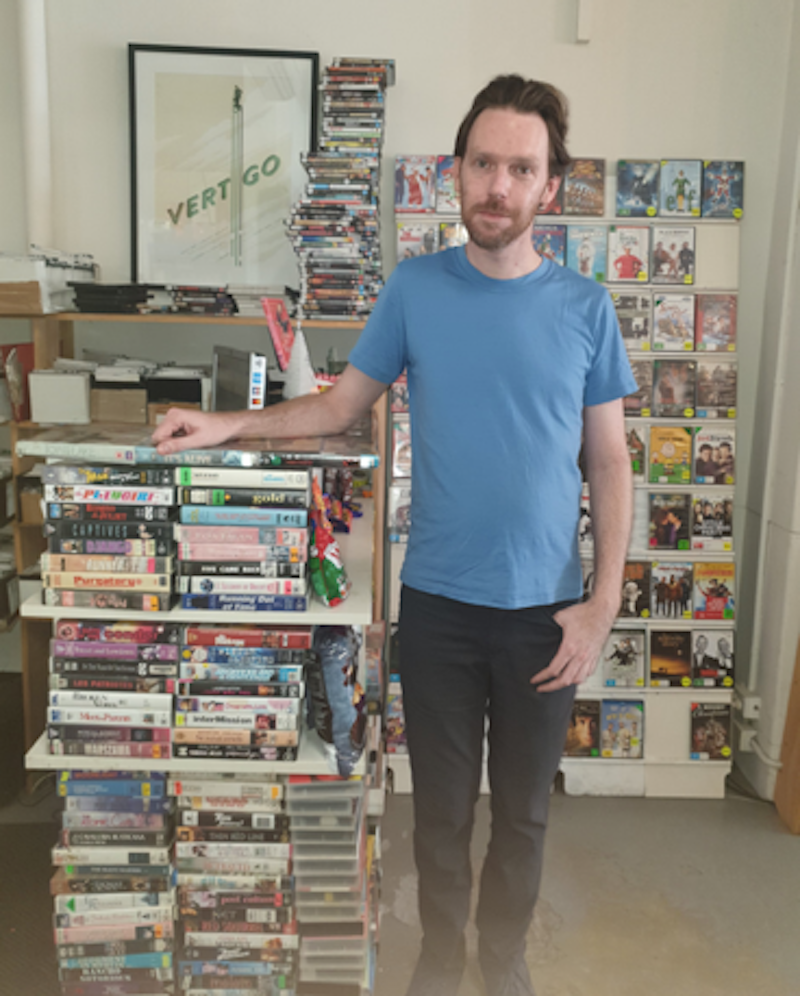 What do you expect to read when you come across a story about video stores?

It might be painfully familiar. The story typically begins with these mom-and-pop stores where cinephiles come to rent DVDs for three to seven days and ends with whimpering diminishment as streaming platforms makes it more convenient to watch movies at the touch of a button from the comfort of your home. Statistics in any such feature will show these premises dwindling in numbers, obituaries of franchises waving the white flags to our algorithmic overlords.

But occasionally, you’ll find stories of stores that do survive and had a life. America has read and shared and liked the tale of the last standing Blockbuster store in Oregon. In Australia, there’s Film Club, which calls itself “the last video store in Sydney” and it’s 10 minutes away from the largest Coca-Cola billboard in the Southern Hemisphere. Technically, Film Club isn’t alone in the business, as a handful of stores still exist across the city. But it’s perhaps the last of its kind in upholding film through proper and wide curation.

“At first it was a tongue-in-cheek,” the store’s former proprietor Ben Kenny tells me of its self-proclaimed status. “Essentially over time it becomes reality.”

Film Club was rebranded from Darlo DVD, once an average shop with new and weekly releases, into a boutique library, one with more variety. Kenny is knowledgeable, despite having little practical experience in the industry. As I interview him, customers come and go for different DVDs every two minutes, some queried about late fees. Kenny usually pauses the interview to assist them, going to sections where the films are held, intimately understanding how they are divided by genre, country, and director—from Jean-Luc Godard to John Ford. Squint closely and you can find The Incredibly Melting Manor JD’s Revenge under the Cult section. A middle-aged woman asked about the latest series of Game of Thrones. Another wanted a drama starring Kristin Scott Thomas. Then came a Middle Eastern man with his kid asking for an Iranian film called The Message, followed by a teenage girl asking for an indie film.

“Our audience varies widely,” he tells me, “I believe there’s a certain segment of the population who like old things.”

Why is there still an audience for physical over digital? There are many advantages, the most obvious of which is the tangible feel of having a movie in your hand. There’s also some care with the options. Streaming in theory can bring limitless options to the table, but is barely curated and could erase a part of cinematic history. On Netflix, for example, the oldest films begin from the 1940s and beyond, and some eventually disappear. Amazon Prime has a huge offering of titles, many older, but the quality is often sketchy, and the archive isn’t easy to search. “Scrolling through a digital list is kind of daunting,” Kenny said.

Along with weekly fees, Film Club maintains itself through sponsoring film festivals and running several programs with the theater franchise Palace Cinemas, the first of which lined up movies scored by Tangerine Dream. The challenges that come with running a video store mainly lie against prevailing market conditions, but Kenny felt comfortable. Film Club’s profile spiked, after it was given publicity by news outlets and then directors. When the Sydney Morning Herald profiled the store in November, the article was tweeted by Gremlins director Joe Dante, telling his followers to hold on with their discs.

You’ll need a region-free player to watch some of these movies, particularly those that are imported. There’s a likely chance it’ll come from Criterion Collection or Arrow Films (if you are into genre fare), which the store gets directly overseas or from a second-hand store right next door called Radio Free Alice. The most controversial film on their shelves is the Nazi propaganda film Triumph of the Will, which Kenny and Film Club employees debated putting out at all. Yet as Kenny remarked, “It’s important historically and should be seen in the proper context.”

An understated component in the battle of the formats is the social dimension. One of the replies to Joe Dante’s tweet showcase a vintage store of DVDs with projectors stacked up on their shelves. “Film is a communal experience to be shared and discussed and I think technology can be isolating,” Kenny said. What keeps customers coming back is a philosophy that’s forward-thinking tinged with nostalgia. It involves the friendly customer service and the wide availability of films that wouldn’t be seen in franchises like Blockbuster. The future is the past, but better.”