Sammy Gravano: The Brains Behind the Mafia's Most Notorious Hit

The Brooklyn mobster worshiped his idealized version of the Cosa Nostra. 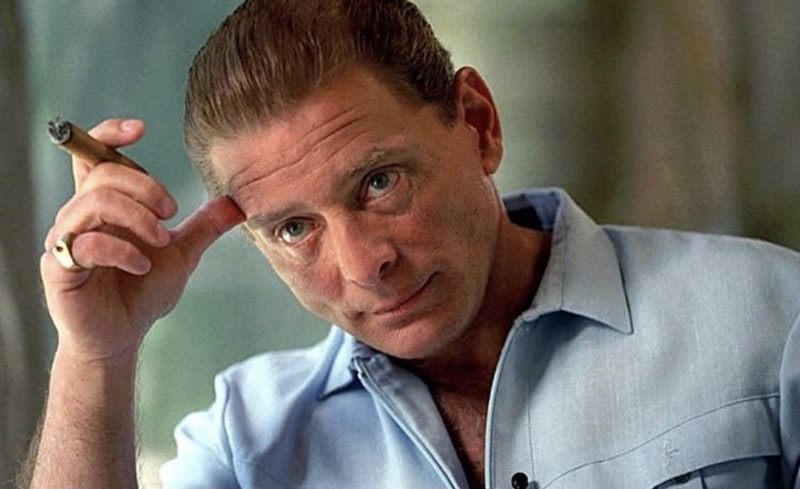 On December 16, 1985, as mob boss Constantino (he hated his first name) Paul Castellano (son of a butcher) was driven from his estate in Staten Island's Todt Hill to midtown Manhattan, thinking he was in for an evening highlighted by a steak dinner. Little did the head of the Gambino crime family know that he'd already had his last meal. Upon exiting his limo at Sparks Steak House on E. 46th St., four Mafia assassins clad in trench coats and fur hats approached the current capo de tutti capi and gunned him down. It was the Christmas season in New York City. Well-heeled ladies from the Upper East Side had finished their shopping for the day and were heading back uptown. Business honchos were hurrying to make their commuter train at Grand Central Station. Some of them got the surprise of their lives.

John Gotti's murder plan had succeeded, making him the new head of the Gambino family. It was an unsanctioned hit, meaning the "Commission," the governing body of the American Mafia, hadn't signed off on it. It also was to become the most spectacular media event in the history of the American organized crime—a dream story for the New York Post. This wasn't something out of Goodfellas—a backroom, dive-restaurant Mafia hit with the corpse buried in the boonies at night. This hit had chutzpah and real cinematic style. The nation's biggest crime boss, who made at least $50 million per year, got whacked right out in the open in the center of American commerce.

Castellano, who'd become a greedy fat cat, was more of a dirty businessman than a mobster. His specialty was white-collar crime. Gotti and his co-conspirator, Salvatore "Sammy the Bull" Gravano, on the other hand, were mobsters to the core.

Gotti peddled heroin, which Castellano had forbidden in the Gambino family. In the Cosa Nostra, defying a direct order from the boss is often a death sentence. The narcissistic Gotti thought his life might be in danger. Gravano, who was previously fond of Castellano, had grown disenchanted with his reclusive boss, who came to be known as the Howard Hughes of the Mob. It rubbed Sammy the wrong way that Castellano would wear silk dressing gowns and velvet slippers around his Staten Island estate that was modeled after the White House, and when his lieutenants stopped by to drop off an envelope stuffed with cash, he wouldn't even invite them in for a cup of coffee.

In contrast, Sammy the Bull, a Mafia hitman (19 admitted murders to the FBI), was a regular guy who hung out at Brooklyn handball courts. He was also a tough guy, and it upset him that Castellano had welched on a $40,000 payment he had coming to him. As Gravano put it, the way Big Paul conducted himself "wasn't Cosa Nostra."

The media reported that Gotti took out Castellano, but Gravano, who'd meticulously planned many previous Mafia hits, engineered this one down to the most minute detail. He knew that there'd be mass confusion afterwards, allowing the assassins to slip away unnoticed. During its investigation of the brazen crime, the FBI questioned an off-duty cop who'd witnessed it, asking him why he hadn't pulled his gun out. The officer replied that he'd instantly recognized the extreme professionalism of the hit, and knew there'd be backup shooters. Drawing his weapon would've been instant suicide.

Sammy The Bull said on his podcast, "Our Thing," that he decided to break the rules and kill the boss because he wanted to restore his beloved Cosa Nostra to its roots. Gravano had reverence for that crime organization, believing it was an honorable society of men bound by a strict, but fair, code of conduct. But things didn't go as planned. Gotti, who dressed sharply every day (this upset Sammy), got sentenced in 1992 to life in prison after the FBI bugged his Little Italy hangout, the Ravenite Social Club. To save himself, The Bull became a rat and testified against Gotti before serving a five-year prison sentence. He then entered the Witness Protection Program, relocating to Scottsdale, Arizona with a new identity. Gravano quit the program after eight months, and shortly thereafter got busted trafficking ecstasy with his son, which put him in prison for 20 years.

Sammy The Bull survived that sentence, which included several straight years in solitary confinement. He now tells the story of his life on his podcast, and what a story it is. Although a hardened killer, Gravano wasn't a sadistic psycho like the late Boston mobster, Whitey Bulger, who killed women. Sammy wouldn't do that. He killed only because he was ordered to, and he only killed fellow mobsters. Killers are killers, but there's a pecking order even within that morally-compromised group.

What's disconcerting is that his podcast listeners might find themselves getting to like this "monster," Sammy the Bull, after a few listens. He's an intelligent, engaging man who's a born storyteller. His memory for detail is outstanding—it brings his stories to life. "Our Thing" ("Cosa Nostra" translated into English) is crammed with all kinds of fascinating revelations, such as the fact that Gravano once went to beautician school to study hair dressing. That has to be a first among major Cosa Nostra figures.

Sammy the Bull sits in his leather chair in the basement and talks about the card games, nightclubs, car chases, shootouts, and his many hits. At a certain point, it becomes clear that this guy, not Gotti, was the brains behind the Gambino family. The irony is that the general public's perception of The Bull is as a simple, vicious street thug. In fact, if he wasn’t dyslexic and brought up on the rough streets of Brooklyn, it's easy to imagine Gravano having had great success in the business world, as long as he could clean up that Brooklyn accent for the boardroom.