An interview with Mario Mancini. 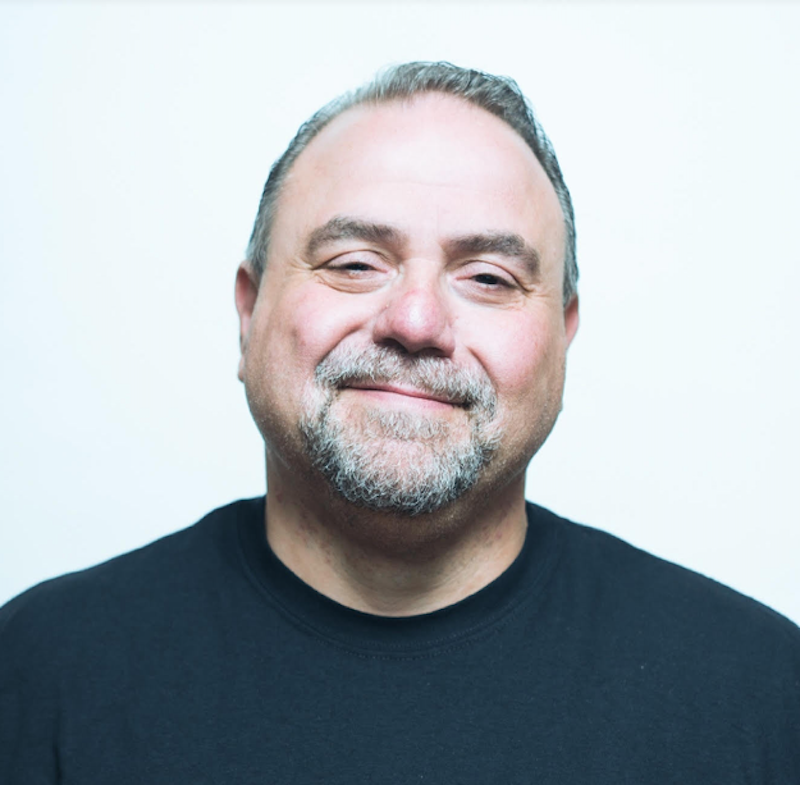 If there was a hall of fame exclusively for professional wrestling’s jobbers—which some fans of the industry have legitimately advocated for—Mario Mancini would be among the first round of inductees. The native of the home of World Wrestling Entertainment in Stamford, Connecticut entered the ring of what was then known as the World Wrestling Federation back in 1984 at 18, after just one year of in-ring training with local legend Tony Altomare. Mancini spent the better part of the next eight years making regular appearance on national television as a “jobber”—a set of performers dedicated to the underappreciated art of losing to the established wrestling stars in convincing fashion, and putting over the devastating effects of their punishing maneuvers before the eyes of the thousands in attendance, and millions watching around the world.

The most curious thing about the ordeal is that Mancini entered the wrestling world motivated by his fandom of “The Living Legend” Bruno Sammartino, and was unaware of the true nature of the professional wrestling business, let alone what his role in the wrestling industry would become. Mancini provided us with some insights as to what the life of a world-famous jobber in the WWF of the 1980s was like.

Splice Today: What were things like on your first night in the wrestling business?

Mario Mancini: Remember, I was broke into the business to be a wrestler. Nowadays, kids know they’re breaking into the entertainment business, but I believed wrestling was 100-percent real. That night I worked with Greg Valentine. The only problem was that Tony Altomare protected the business in 1983 and 1984, so when he trained us, he told us that we were sparring with each other because we were friends, but when we were actually competing, we’d really apply what we’d been learning. When Chief Jay Strongbow came up to me and told me to talk with Greg Valentine—who was the Intercontinental Champion at the time—I said, “I’m wrestling Valentine? Is this a title or non-title match?” Strongbow glanced over at Tony, then looked back to me and said, “Why don’t you go talk to Valentine?” and I said, “Mr. Strongbow, why would I go talk to him? I’m wrestling him! I’m gonna beat him, too!”

Strongbow glanced over at Tony again, and that’s when Tony put his arm around me, walked me around the corner, and said, “Kid… go talk to Valentine.” So I went to Greg and said, “I’m Mario Mancini. I’m wrestling you.” Greg asked how long I’d been working, and I told him this was my first professional match. He sighed loudly and then said, “Listen to me: When I put that figure four on you, keep your legs loose. If you keep them stiff, you’re gonna hurt yourself. I’m not gonna hurt you; you’re gonna hurt you. Make sure they’re wet noodles when I put it on you.”

When he said that, my stomach dropped. I was in disbelief that it was all fake. I didn’t let on to Valentine that I hadn’t known it was fake, though. I asked him, “Well do I get to do anything?” and he said, “Oh you mean like a comeback?” I said, “Yeah, do I get a comeback?” He said, “Absolutely, kid. After you submit to the figure four, get off the canvas and come back to the dressing room. That’s your comeback!”

ST: So how did you react to the news that wrestling was fake?

MM: I ran out of the dressing room to the other end of the hallway where there was a pay phone. I called my house collect and had Mom put my brother Ralphie on the phone. He asked who I was wrestling, and when I told him I was facing Greg Valentine, he said, “You can beat him! You can beat him! Just don’t get yourself in a position to get put in that figure four!” That’s when I told him, “Ralph, it’s fake! I have to lose!” He said, “No, it’s not fake!” I said, “Ralph, I’m here! It’s fake!”

ST: Did you think you might eventually graduate from that sort of role to something else?

MM: That was always my vision. I had an experience where I thought I was going to get a push, but I took it the wrong way. I went to Poughkeepsie one night, and Howard Finkel handed me a plane ticket and said, “Mario, we need you in Landover, Maryland on Tuesday for Tuesday Night Titans.” I thought to myself, “Gee, that was fast! I’m getting a break!” Rusty Brooks came up to me and asked if I was going to Landover, and told me he was going to Landover, too. I asked Pete Doherty if he was going, and he said he was. Then I asked Finkel what the episode of Tuesday Night Titans was going to be about. He said, “The unsung heroes of wrestling: The losers.”

ST: Did you ever specifically ask them if you were getting a push or a gimmick?

MM: Strongbow is the one I’d talk to about it, and he was involved in the production meetings. I tried to have him be my advocate. I had ideas like being “Super” Mario Mancini, wearing the tool belt and the hat and coming out to the “Super Mario Bros.” theme song, and they told me they didn’t want to pay Nintendo. At the end of the 1990s, I ran into someone who used to work for the WWF office while I was at the gas station. The guy said, “I can’t tell you how many times Chief brought your name up at production meetings, and Pat Patterson would always put the screws to you.”

Strongbow became like a second father to me. He called and told me the WWF wanted him to become the booker. I told him to take the job, and he said, “That’s too much stress at my age!” I continued pleading with him, and he said, “Why, Mancini? So that you can go over?!” and I screamed, “Yes! Of course!” When Mark Young came in wearing American flag spandex and breakdancing in the ring, that was Strongbow’s son. When I told the Chief that I wanted more bookings, he said, “I can’t even get my own son booked. How do you expect me to get you booked?”

ST: Did anyone ever approach you in public after recognizing you as a guy who always lost and make fun of you?

MM: Always. I’d be at the mall, and some stranger would yell out, “I saw you get your ass kicked against Muraco last week! You suck!” My answer would be, “For the biggest company on the face of the planet!”

ST: Did you have any other employment while you were wrestling for the WWF?

MM: From 1984 to 1988 I did nothing but wrestle. My payoffs were anywhere from $240 to $450 a night. My best week ever in the industry, I worked the Boston Garden, the Philadelphia Spectrum and Madison Square Garden against Tony Atlas. I made $3000 for that, and was so excited. And they were fair about it, because a lot of the time they’d pick up the transportation costs and hotels. I loved working at the house shows because I might get to wrestle for 17 minutes. Then a fan would stop me on the way to the car and say, “Wow! You can really wrestle! How come you don’t wrestle like that on TV?” and I’d say, “Don’t believe everything you see in only two-and-a-half minutes.”In 1988, things started declining. The WWF used to run four towns a night. I worked my share of third and fourth towns. When everything declined, he cut down to two towns a night, and I was lucky to pick up a job as the manager of a security company where I could tell them that I might have to be gone six to 10 days a month.

ST: Do you think the loss of jobbers has hurt the wrestling industry? I never got to watch anything other than the syndicated shows when I was a kid, so I never saw the big stars losing in matches thanks to the jobbers. That enables me to look at the stars of the 1980s as being stronger as a whole than many of the stars who came later.

Anyway, I quit in 1992, and professional wrestling moved away from having regular jobber matches completely in 1994. I’d say I got out of the business at just the right time.

ST: I’m certain that the overwhelming majority of wrestling fans who now realize that wrestling is entertainment can now look at what you did during your eight years in the WWF, recognize that you were on national television for eight years, and think of it as something that you should be proud of. Is it a matter of looking back on your life and career with the proper perspective that determines whether or not you can be proud of your accomplishments?

MM: When I look back, I think about how Bruno Sammartino retired from wrestling by standing in the ring with Vince McMahon and announcing that his final match would be against George “The Animal” Steele. As my eyes welled up, I turned to my family in the living room and said, “I’m going to be a wrestler for the WWF.” My brother Bobby looked at me and said, “Yeah, you were going to catch for the Yankees, too!” and I said, “I just might… but I’m definitely going to wrestle for the WWF.” And it actually happened. That’s mind blowing. And my first night there, I got to see Sammartino, and I was in awe. I feel bad for the wrestlers today, because I was right there eight months before the first Wrestlemania. I watched Mark Henry cry on TV at the mere thought of memorabilia from Andre the Giant, who he never met; I was in the dressing room with Andre every night.

Once I hit a certain age, it became harder to get out of bed. I need a total left shoulder replacement. There’s no meat left in my shoulder. I have a herniated disc in my lower back and a bulging disc in my neck. I don’t use the word “fake” to describe wrestling anymore. Because I hurt so much, and because I’m a couple of months away from being 56, I look back and say, “Wow. Holy shit.” When I tell my 15-year-old daughter, “Daddy has to do an autograph session; you want to come with me?” and she gets to watch her dad sign autographs for all these people… to her I’m just dad, but to them I’m someone else. She gets a huge kick out of it. There’s so much about my wrestling career to be happy about and to enjoy. If I bumped into Vince McMahon right now, I’d shake his hand and just say, “Thank you so much.”