Redefining intelligence in the Internet Age. 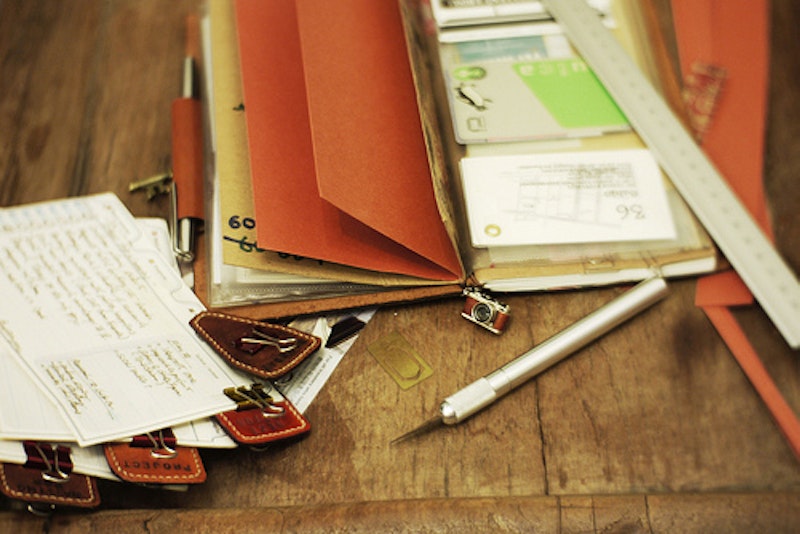 We know that our measures for intelligence are inadequate—perhaps precisely because our definition of intelligence is changing. Before the printing press, memorization mattered because it allowed a person to carry swaths of information with them at all times—a living, breathing mobile library. By and large, we don’t place value on this anymore because we have the same thing: laptops and smart phones. But what do we value now?

We want from people the things that technology cannot give us. We do not suffer from a dearth of information. If anything, we have too much of it. Eric Schmidt of Google said recently, “Every two days we create as much information as we did from the dawn of civilization up until 2003.” Perhaps, then, we have entered an era in which what we need more than people producing information are people who create connections. Our new definition of intelligence could be one’s ability to connect ideas and communicate this synthesis: a person’s curatorial intelligence. Currently, we are only dancing on the surface of the Internet, only beginning to see the possibilities for the way we can interact with this medium. If we are able to harness our curatorial intelligence, in the future, we could look back on the way we used the Internet as rudimentary and one-dimensional.

A report produced by Pearson (a UK educational think tank and media conglomerate) states, “So much of the current innovation and emergent thinking is taking place at the boundaries of disciplines.” People with curatorial intelligence, people who can reconcile multiple complex disciplines at once, would be uniquely poised to innovate. In his essay for This Book Will Make You Smarter, Jason Zweig of The Wall Street Journal advocates spending a few hours every workweek reading in a discipline other than one’s own. Universities, though moving at their typical glacial pace, are beginning to see the power of interdisciplinary study. Duke University offers a degree in information studies that combines English, ethics, neuroscience, and computing. A program like that will likely produce a powerful group of curatorial intelligentsia.

The ability to narrate these diverse amounts of information is essential to curatorial intelligence. Ira Glass, in the introduction to The New Kings of Nonfiction, a 2007 multi-author essay collection he edited, argues that our time, though bemoaned by many as the era that destroyed everything holy about the media, is actually a golden age for nonfiction. Perhaps this is precisely due to the contemporary writer’s curatorial intelligence.

I’m increasingly drawn to bolder online magazines such as this one, sites like Brain Pickings, radio shows like Radiolab, and aggregators like Flipboard (Flipboard aggregates video, newspapers, photography, social media, and magazines in one visually pleasing format). These media thrive on cross-pollination and are unafraid to explore multiple disciplines like neuroscience, philosophy and politics in the same venue. They push the boundaries of media’s presentation, offering the intelligent vision that most of the Internet lacks. In contrast, when I read a newspaper, even in its online format, I often find it disappointingly one-dimensional. Perhaps in the not-too-distant future, most newspapers, if they haven’t already, will be entirely relegated to reporting, while other media will thrive in complex analysis. Very few newspapers do both well.

But the Internet, as we know, is also dangerous. As political theorist, social scientist, and economist Herbert Simon says, “A wealth of information creates a poverty of attention.” To hold a complex thought in your mind for an extended period and relate it to other complex thoughts seems like an increasingly rare and powerful act of acrobatics. In his book, Your Brain at Work, science writer David Rock discusses ad nauseum the importance of controlling your fragile attention in an information-rich world. In that way, those with curatorial intelligence will, by necessity, possess an above-average ability to focus.

One of the gravest dangers to the generation that grew up with the Internet (my generation) is that we might confuse ease of access to information with ease of understanding it. Those with the highest levels of curatorial intelligence, the ones who can harness the Web’s extraordinary breadth while simultaneously resisting its time-wasting allure won’t make that mistake. In the 1960s, Walter Mischel cemented the relationship between success and willpower with his breakthrough experiments that demonstrated that a child’s ability to resist the temptation of marshmallows and cookies was an astonishingly accurate indicator of later success.

However, if we are able to remain undistracted and realize the full potential of our curatorial intelligence, we could solve some of the greatest problems of our time. I see our failure to deal with problems like climate change or wealth disparity not just as a manifestation of our misanthropic consumptive culture, but also as a collective failure to create a comprehensive theme surrounding a given issue. My generation—with its appetite for information and its struggle to focus—is both the most and the least equipped to answer this call.