My son grows up on stage. 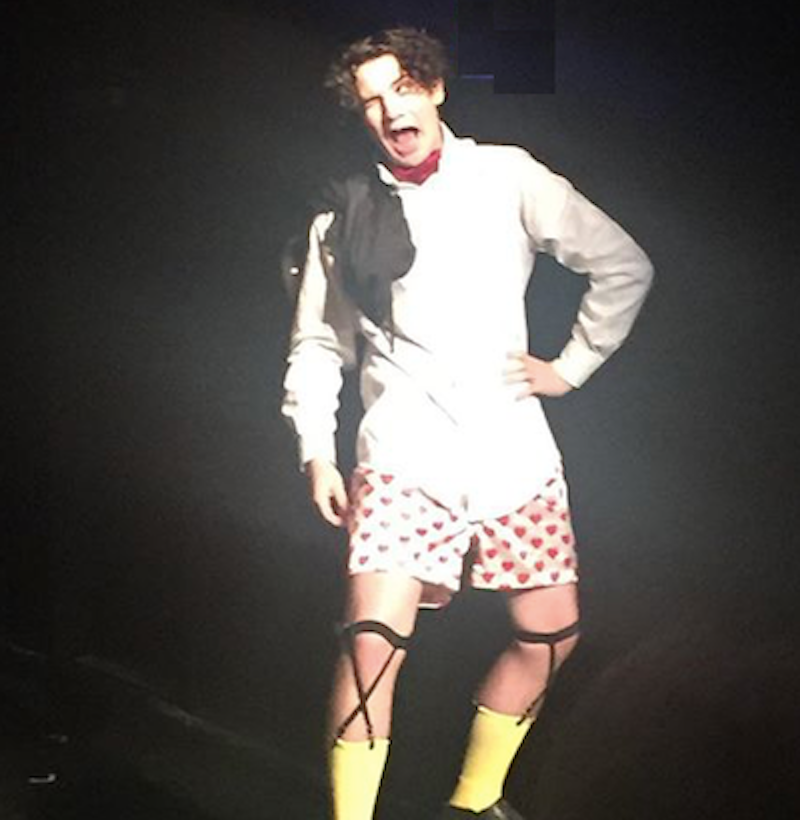 As a proud father, I’m biased. But still, it's something of a watershed. My son has been in a number of plays before, and an impressive actor for some time—he was a very fun Captain Hook some years back. But his Captain Hook wasn’t the greatest Captain Hook ever.

This show was different. Chicago Youth Shakespeare, which put on the performance of Twelfth Night, is a remarkable company for young people. They're less interested in teaching kids about Shakespeare than in putting on top-quality shows—figuring (correctly, in my view) that kids learn more that way anyway. They have auditions where people are rejected, and they cast based on who they think will do best in the part. Their rehearsals are lengthy and focused; they go for five or six hours at a stretch. They run the play in modern English, so they're sure they understand it. They run it as a radio play with their eyes closed. Then they run it again, and again, and again.

The end product is an extremely professional production—and my son's performance was one of the highlights. Malvolio is the servant of a somber woman named Olivia. He's a puritanical, censorious jerk ("like Ben Shapiro," my son said) who’s tricked into thinking Olivia loves him and ends up making a fool of himself.

In performances I've seen in the past, Malvolio is usually played as a buttoned-up, dour fellow who has to strain himself to wear yellow stockings and to smile—the joke is that he's an introvert goaded into being a not-very-convincing extrovert. My son—as he explained to me—thought that the accepted reading was wrong. He argued that Malvolio was always a flamboyant goofball. His disappointed hopes made him peevish and unpleasant, but he was always really just waiting to leap out of his cravat and go berserk.

It's a brilliant take on the character, and when my son deployed it in the famous letter scene, it was like a bomb going off. He's a very physical actor, and as he read the letter (a forged love note from Olivia), he bounced around the stage, addressing people in the front row directly, jumping up on benches, working himself into a frenzy until he declared, in surprised ecstasy, "I… I… am happy!" He looked like he had just seen an angel; one night someone in the audience audibly gasped in pity. Every night, he received an ovation when he left the stage.

You'd think that’d be the height of bombast, but the scene in which he appears wearing the yellow stockings is even more over the top. He tears his pants off to reveal boxers. A friend said he cried because he laughed so hard.

Art’s a great leveler. There isn't any one standard by which you judge whether a poem or a drawing is beautiful or moving. Ariel Schrag made some of my favorite comics while she was my son's age; Rimbaud was a great poet by the time he was 17; all those kids in Stranger Things are professional actors. Adulthood is a series of carefully constructed milestones and hoops, but art notoriously ignores milestones and wanders past barriers. At 15, my son through art can pretend to be an adult.