From a Cabin in Carolina

By removing yourself from the myriad distractions of life, you can devote yourself to whatever you want to accomplish. 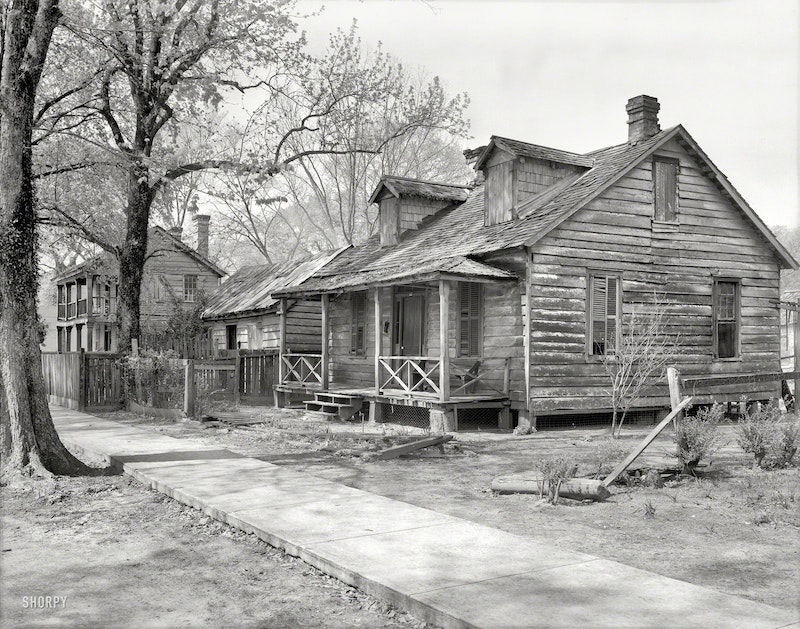 I recently finished a writing residency in South Carolina, where I lived in a cabin on a farm for a month, with no internet. I mostly sat around on the screened-porch, reading and writing, when I wasn’t watching the family of squirrels running up and down the hardwoods, or going for a hike, bike ride, or just hanging out at the nearby town’s only craft beer bar.

I’ve only recently returned home, and since getting back I’ve been thinking about how strange it is that writers, and artists of all kinds, would feel they need a residency. It says something about my lifestyle, and the lifestyles of many who go to places like The Rensing Center, that we feel the need to physically separate ourselves from the rest of our lives—chores, bills, jobs, social media—in order to focus on art. The idea is that, by removing yourself from the myriad distractions of the rest of your life, you can devote yourself to whatever project you’ve been trying to complete.

This shouldn’t be necessary, but my theory about how and why it works, at least for me, is like working out. My theory is that going on a retreat or a residency is like going to the gym, as opposed to working out at home, on your own. You could do sit-ups and jumping jacks in your living room, maybe work out between chores, or even devote an hour to it first thing in the morning, but still, there’s something about physically going to a place where the only thing to do, your entire reason for being there, is the workout. And everyone else you see at the gym will be, for better or worse, dong just about the same thing as you.

Out in the middle of nowhere, South Carolina, I had little else to do—no fixing up my old house, no meeting with friends, not even walking the dog—so I wrote. But it’s not just deprivation of distractions, I think, that writers and artists seek when they drive or fly across the country or even abroad to attend writing retreats, residencies, and conferences. It was inspirational to be in a place I know is devoted to creative activities, surrounded by other artists and activists and generally similarly-minded people. I guess it makes sense that writers, artists and performers, people who’ve spent at least some time every day wondering whether what they’re doing is really worth doing, would thrive in a world that validates not only them, but their work. It’s this, I think, that makes the word “retreat” so apt, as it really is a departure from the world that, broadly speaking, doesn’t care about art.

Some friends of mine started a residency in Tennessee (Firefly Farms, outside of Knoxville). It’s another part farm, part refuge, and it’s a retreat. There the idea of retreating from the world’s myriad troubles, of giving up fighting that fight for a little while, is at least part of the reason people come from around the country to stay in their little farmhouse and tend the sheep and chickens. It’s nice to trade the cares of your normal life with those of another. There, you might have chores, but the chores are novel, and maybe it’s just the newness of the experience that sparks inspiration.

People who try to marry their creative work with all the other things they have to do to survive, know the struggle, and residencies or retreats, are one way to do it. But I’m wondering if their existence, the growing popularity, aren’t indicators not that there are more artists and writers and musicians in the world, but rather that more artists aren’t managing to balance their lives with what I like to call the real work. Life sucks everything it can from you. One of the weeks I was gone this summer, my wife spent hours trying to fix and/or understand a discrepancy on our water bill. I’m not sure she was successful, but I’m sure that this other kind of work—the tedium, the frustrations, the little things that keep taking your time and your energy for their own necessary or completely useless purposes, and antithetical to creative work, which relies, primarily, on maintained attention.

How anyone manages to create anything while living a life I’ll never understand, but I think I’m coming to understand how residencies and retreats like the ones I’ve attended can help sustain that attention, even back in the real world.